The Backwoods Boy Tastes of Civilization, and Finds it Not to His Liking 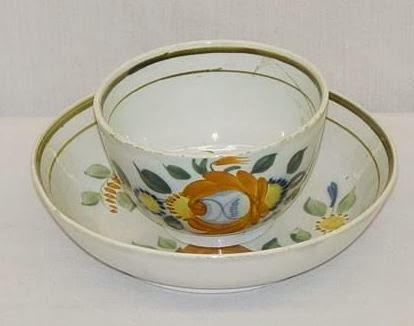 From the memoirs of Joseph Doddridge, who grew up in the frontier country of western Virginia in the 1770s and 1780s:


I well recollect the ﬁrst time I ever saw a tea cup and saucer and tasted coffee. My mother died when I was about six or seven years of age. My father then sent me to Maryland with a brother of my grandfather, Mr. Alexander Wells, to school. At Colonel Brown's in the mountains, at Stony Creek Glades, I for the ﬁrst time saw tame geese, and by bantering a pet gander I got a severe biting by his bill, and beating by his wings. I wondered very much that birds so large and strong should be so much tamer than the wild turkeys. At this place, however, all was right, excepting the geese. The cabin and its furniture were such as I had been accustomed to see in the backwoods, as my country was then called. At Bedford everything was changed. The tavern at which my uncle put up was a stone house, and to make the change still more complete it was plastered in the inside, both as in the walls and ceiling. On going into the dining room I was struck with astonishment at the appearance of the house. I had no idea that there was any house in the world which was not built of logs; but here I looked round the house and could see no logs, and above I could see no joists; whether such a thing had been made by the hands of man, or had grown so of itself, I could not conjecture. I had not the courage to inquire anything about it. When supper came on, “my confusion was worse confounded.” A little cup stood in a bigger one with some brownish looking stuff in it, which was neither milk, hominy nor broth: what to do with these little cups and the little spoon belonging to them I could not tell; and I was afraid to ask anything concerning the use of them.

It was in the time of the war, and the company were giving accounts of catching, whipping and hanging the tories. The word jail frequently occurred: this word I had never heard before, but I soon discovered, and was much terriﬁed at its meaning, and supposed that we were in much danger of the fate of the tories; for l thought, as we had come from the back-woods, it was altogether likely that we must be tories too. For fear of being discovered I durst not utter a single word. I therefore watched attentively to see what the big folks would do with their little cups and spoons. I imitated them, and found the taste of the coffee nauseous beyond anything I ever had tasted in my life. I continued to drink, as the rest of the company did, with the tears streaming from my eyes, but when it was to end I was at a loss to know, as the little cups were ﬁlled immediately after being emptied. This circumstance distressed me very much, as I durst not say I had enough. Looking attentively at the grown persons, I saw one man turn his little cup bottom upwards and put his little spoon across it. I observed that after this his cup was not ﬁlled again; I followed his example, and to my great satisfaction the result as to my cup was the same.

The introduction of delft ware was considered by many of the backwoods people as a culpable innovation. It was too easily broken, and the plates of that ware dulled their scalping and clasp knives: tea ware was too small for men; they might do for women and children. Tea and coffee were only slops, which in the adage of the day "did not stick by the ribs." The idea was they were designed only for people of quality, who do not labor, or the sick. A genuine backwoodsman would have thought himself disgraced by showing a fondness for those slops. Indeed, many of them have, to this day, very little respect for them.

"Delft" here just means nice dishes, like "china." Incidentally this is a good text for explaining why "civilized" folk devoted so much attention to their tea sets and other dishes; even quite poor tenant farmers in the long-settled regions had Pearlware teacups. If you did not own such things and know how to use them, you were immediately identifiable as either a backwoods barbarian, a beggar, or a immigrant from somewhere you would not want to admit.
Posted by John at 12:07 PM

Methinks the yokel doth protest too much. The whole thing reads a lot like a standard early modern satire, like Gulliver or Thomas More. "In this land, all the best men were continuously chasing something they called benefices. I thought, these must be a delicious treat, like cake . . ."

I am impressed by the psychological portrait of the child. Children really do make mistakes like that, and really do suffer great anxiety that someone would be glad to take away if they just asked. Which they are unable to bring themselves to do.

Yes, the backwoods vs. civilization thing is satire, but it works because it plays on real distinctions that meant a lot in eighteenth-century America.