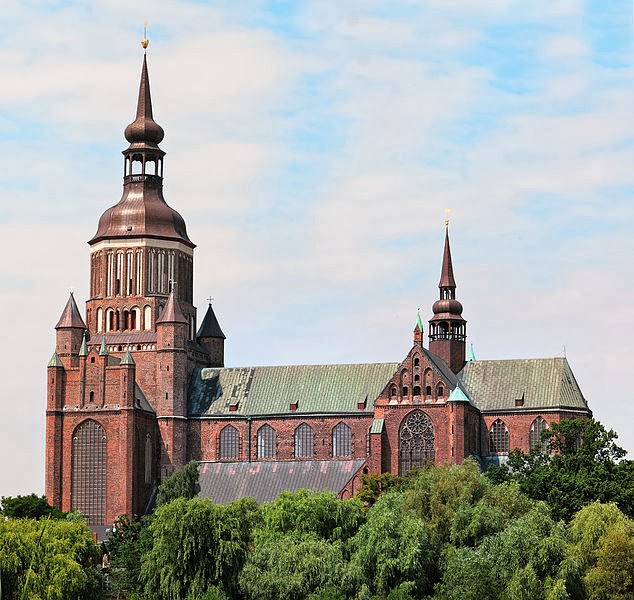 As the Gothic style was passed from builder to builder and patron to patron across Europe, it changed. By the time it reached the shores of the Baltic Sea it had taken rather different forms. The German-speaking merchant cities who built these churches looked west toward the empire for their inspiration, but something of the plains and marshes of eastern Europe seeped into their architecture. Above, St. Mary's Church in Stralsund; below, St. Mary's Church in Stargard, now the Polish town of Stargard Szczeciński. 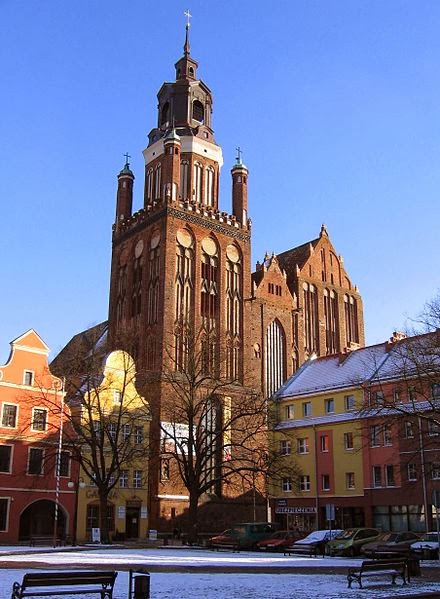 The foundation stone of Stargard's Marienkirche was laid in 1292, and it was completed as a parish church in 1350. But then it was enlarged twice in the fifteenth century, assuming its modern size in 1500. The final touches to the elaborate tower were not added until 1723. Like most churches in that part of the world it was built of brick. It was converted to Protestant worship in the sixteenth century, than back to the Catholic church after World War II. 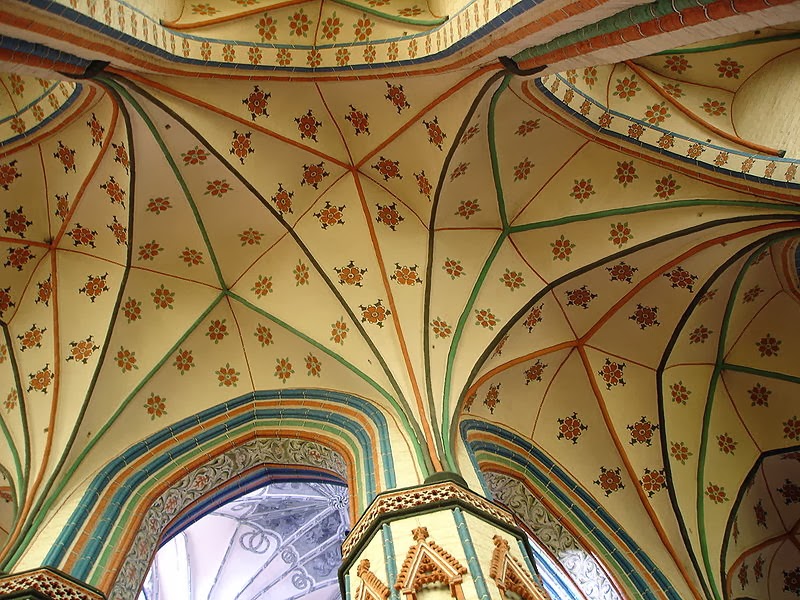 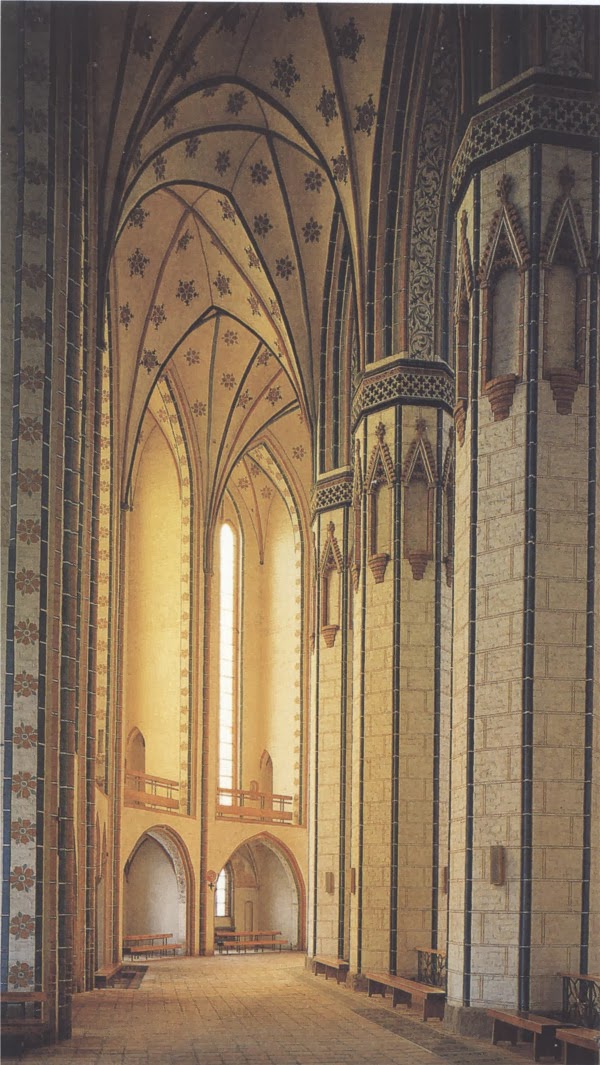 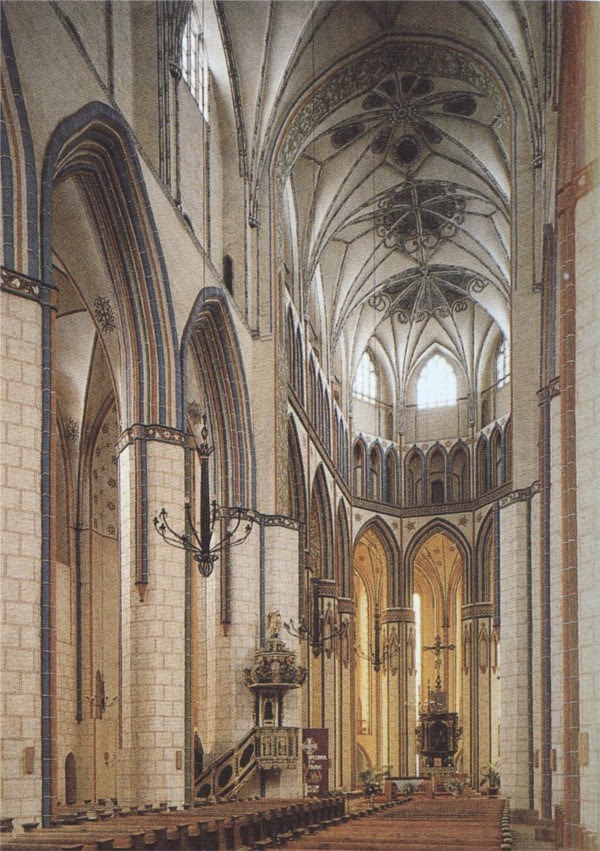 The delight of this church is the nave, with its striking pillars and elaborate vaulting. The contrasting colors are a common element in the Gothic of the Baltic region. 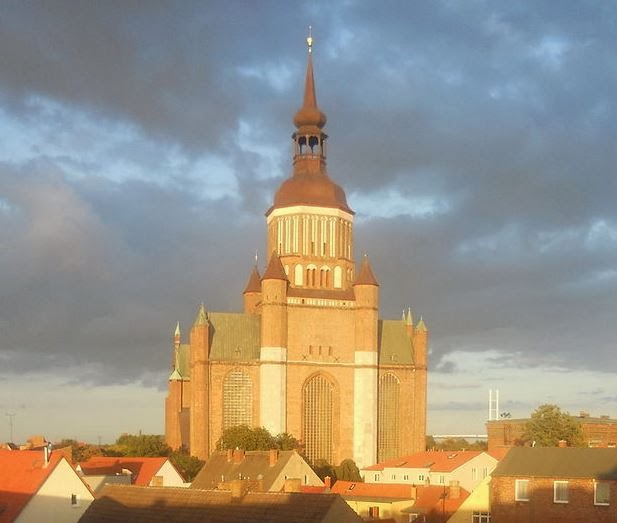 The Stralsund Marienkirche was built in the thirteenth century, but in 1382 the tower collapsed, bringing down much of the church with it. It had to be rebuilt from its foundations. But this was done quickly, and it was open again by 1411. The original tower, said by tradition to have been the tallest structure in Christendom, was struck by lightning in 1647 and crashed to the ground. 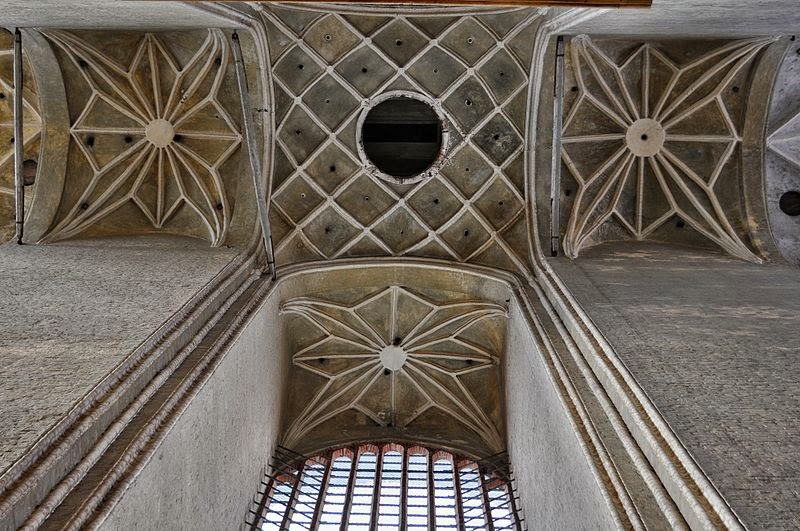 The interior was gutted by a fire around the same time and the medieval decoration was mostly destroyed, but this vaulting is still quite cool. 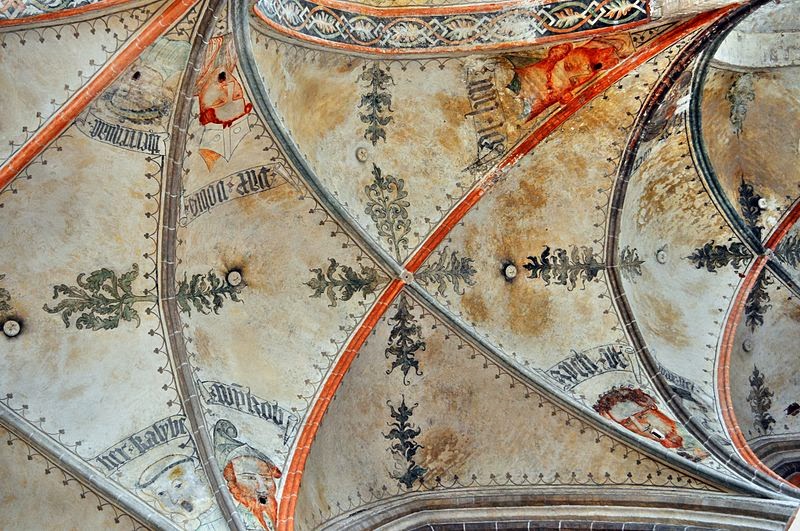 And some painting ceiling survives in the chancel. I found these and others in a German book about the Gothic, and I am fascinated by their difference from the Gothic of other places.
Posted by John at 7:49 AM