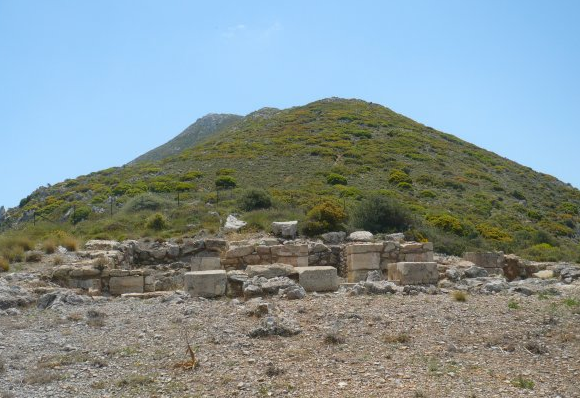 On Crete, during the Middle Minoan period:


Fires and massive earthquakes brought the first palace period to an end  in the eighteenth century BC. Phaistos had to be totally reconstructed. At a sanctuary on Mount Jouktas, a priest, a priestess and a young man gathered to propitiate the earth-shaking gods; the young man was sacrificed, but then the roof collapsed, burying those who vainly offered up his life.

Top, the peak sanctuary at Mount Jouktas; below, one of the victims crushed by the falling building. The young man on the altar was found lying in the fetal position, and among his bones was a large bronze knife. More here. 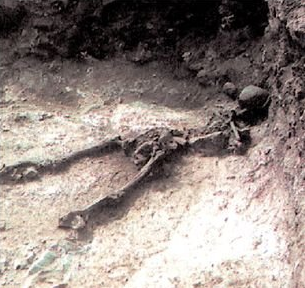