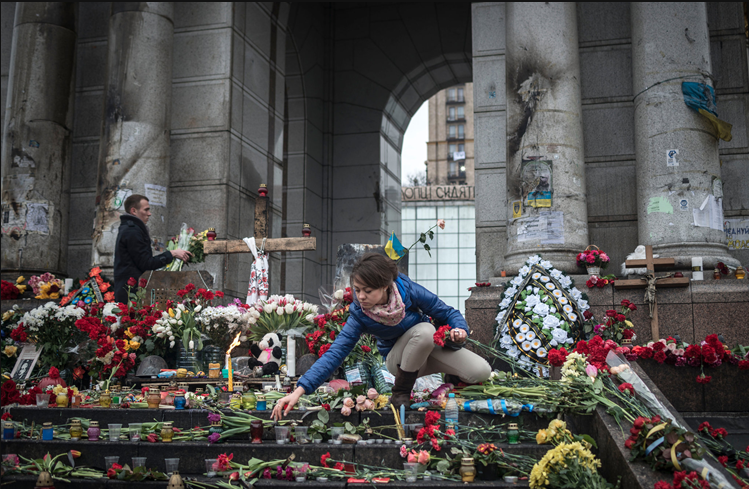 One of the big issues in Ukraine's political conflict is whether the nation should be part of the new Europe, oriented toward the west and the EU, or distance itself from the EU and move closer to Russia.

The swift fall of President Yanukovych after 82 people were killed in fighting between protesters and police says to me that in key ways Ukraine is already part of Europe. In much of the world (Syria, Iran) a willingness to use violence against protesters is part of what keeps people in power; in the west, so many deaths are a political crisis in their own right. Don't get me wrong, I am not saying that the deaths filled the whole Ukrainian establishment with so much remorse and loathing that they all spontaneously turned against Yanukovych. He had many enemies and no doubt there has been much murky dealing behind the scenes. I am saying that the fighting greatly weakened rather then strengthening him. When what brings down a leader is not lack of toughness but insufficient concern for the feelings of the people, something important has changed in the political world.
Posted by John at 7:23 AM

There are stresses in the culture that are not being well-addressed by the reporting. The conflict between the Catholics and the Orthodox Church is an element... Of course, Russian troops on the ground in the Crimea is something of a game-changer, but the stress between the two religious factions is not going to help Ukraine as it tries to organize an effective response.