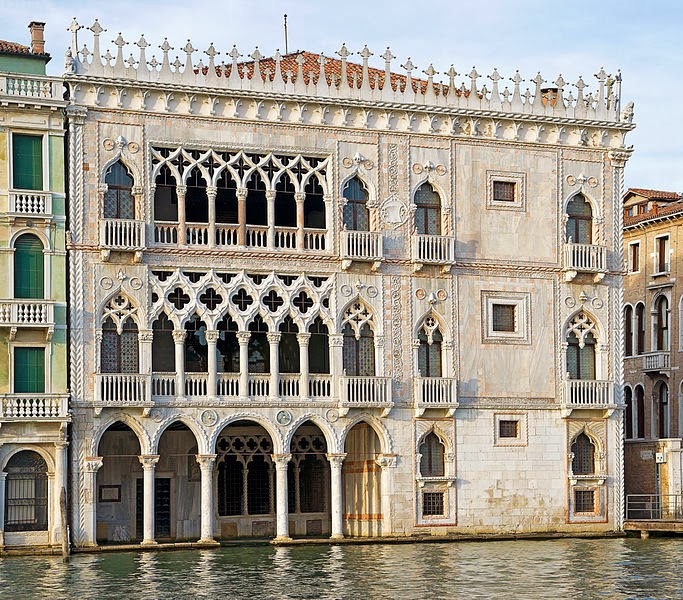 I was just lent a glorious book, Venetian Palaces, with text by Alvise Zorzi and photographs by Paolo Marton (1990). As I peruse the wonders it holds, I will be posting about some of them, starting with the Ca' Doro. 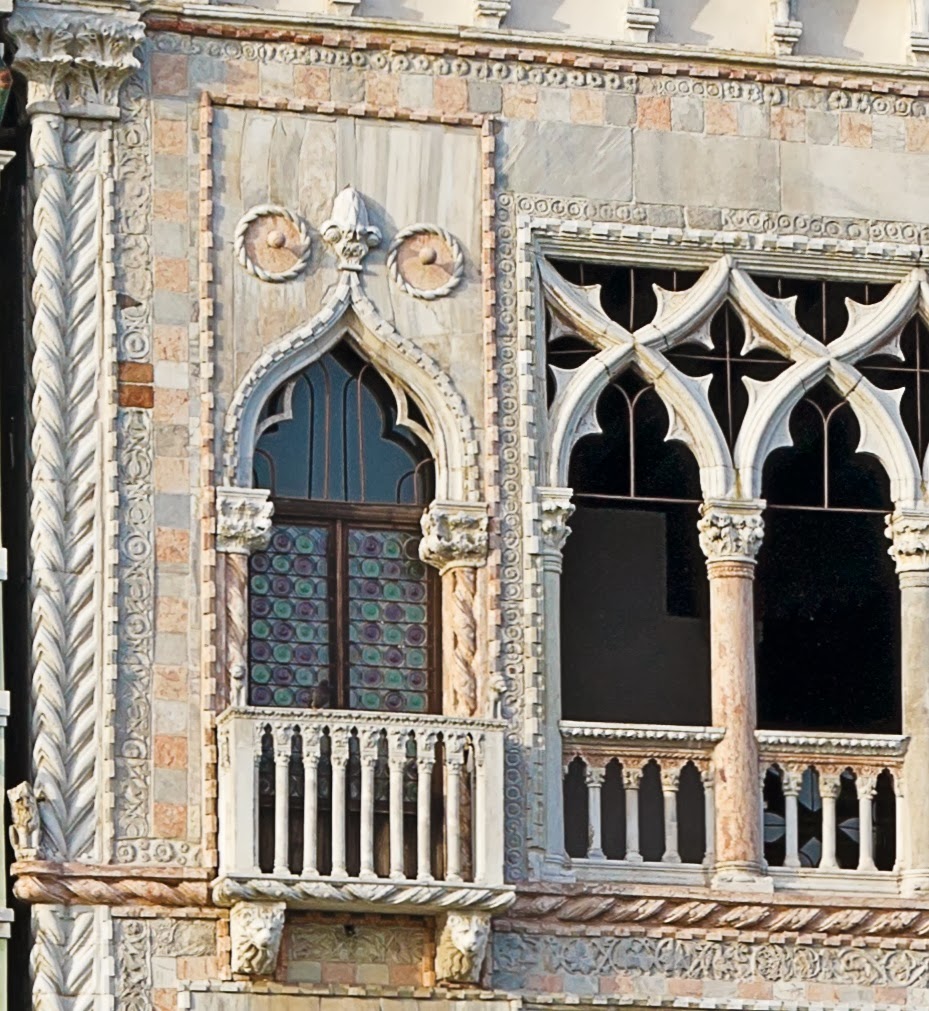 The Ca' D'oro may the most famous of Venice's private gothic pallaces. It was built between 1428 and 1430 for the Contarini family, who provided Venice with eight Doges between 1043 and 1676. The architects of the Ca d'Oro were Giovanni Bon and his son Bartolomeo Bon. The facade, on the grand canal, still looks much the way it did in the fifteenth century. 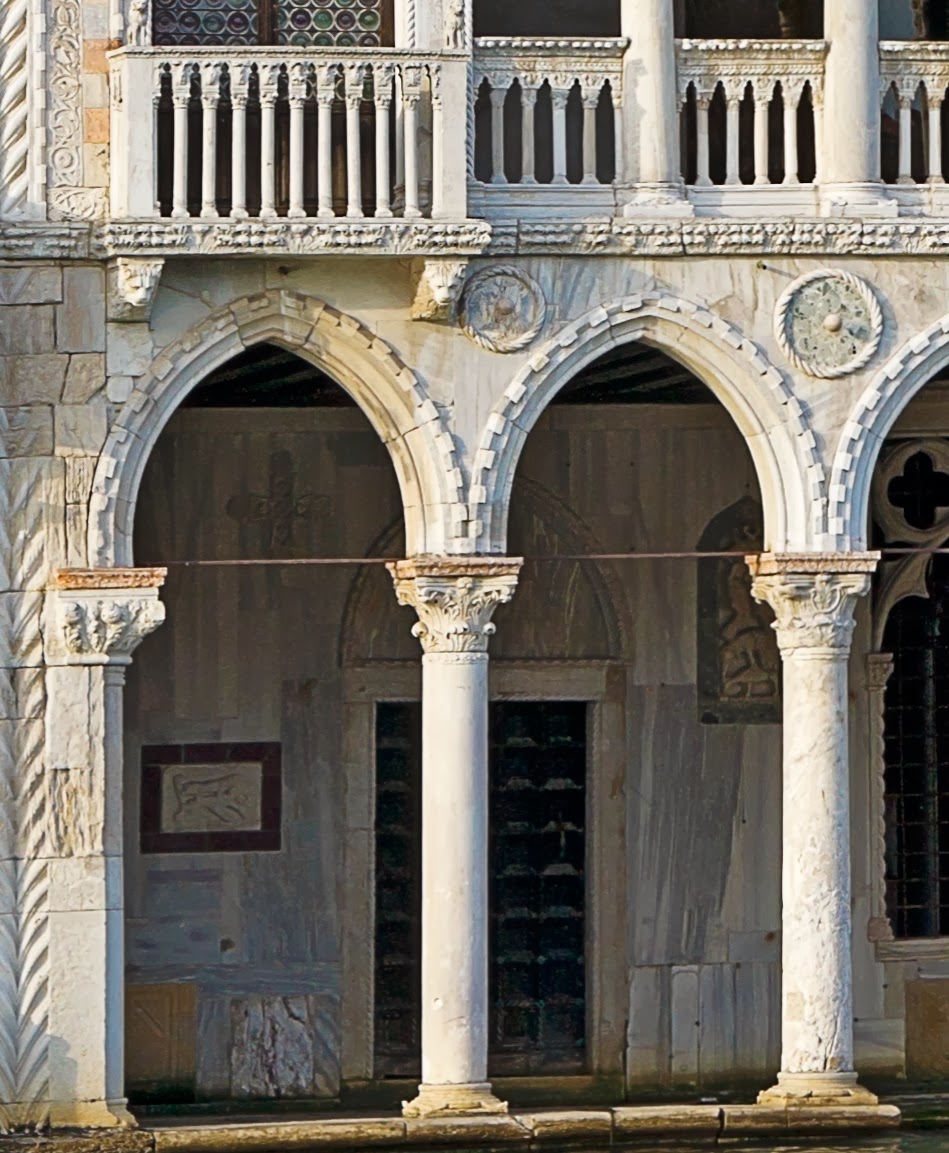 The details were carved by Matteo Raverti, the most famous stonemason of the day. 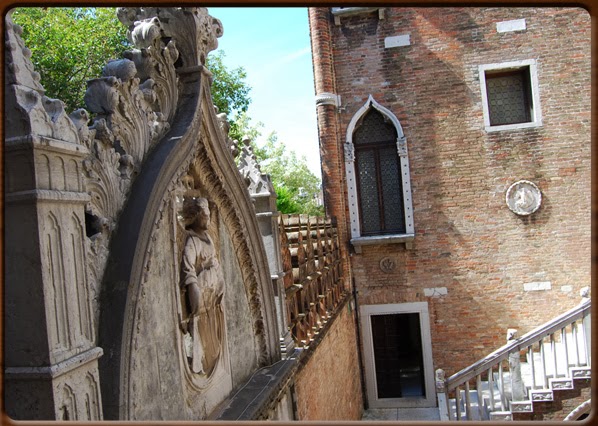 The courtyard and the interior were heavily altered in the nineteenth century by a series of non-Contarini owners, most particularly the ballerina Marie Taglioni, who tore down the original staircase. 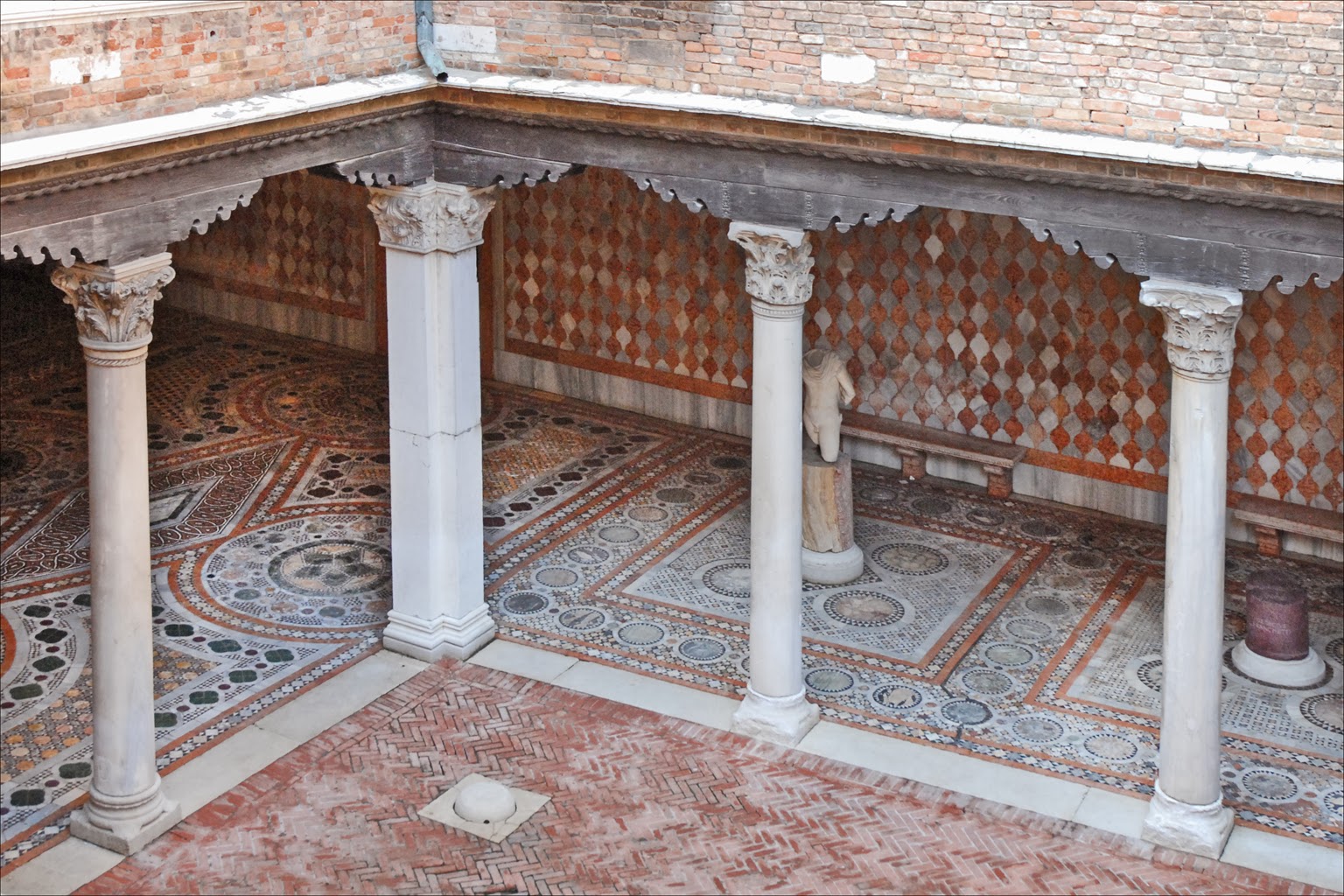 But then the palazzo was bought by a famous art collector, Baron Giorgio Franchetti, who restored it in quite a remarkable way. Franchetti himself helped to lay the opus sectile floor. 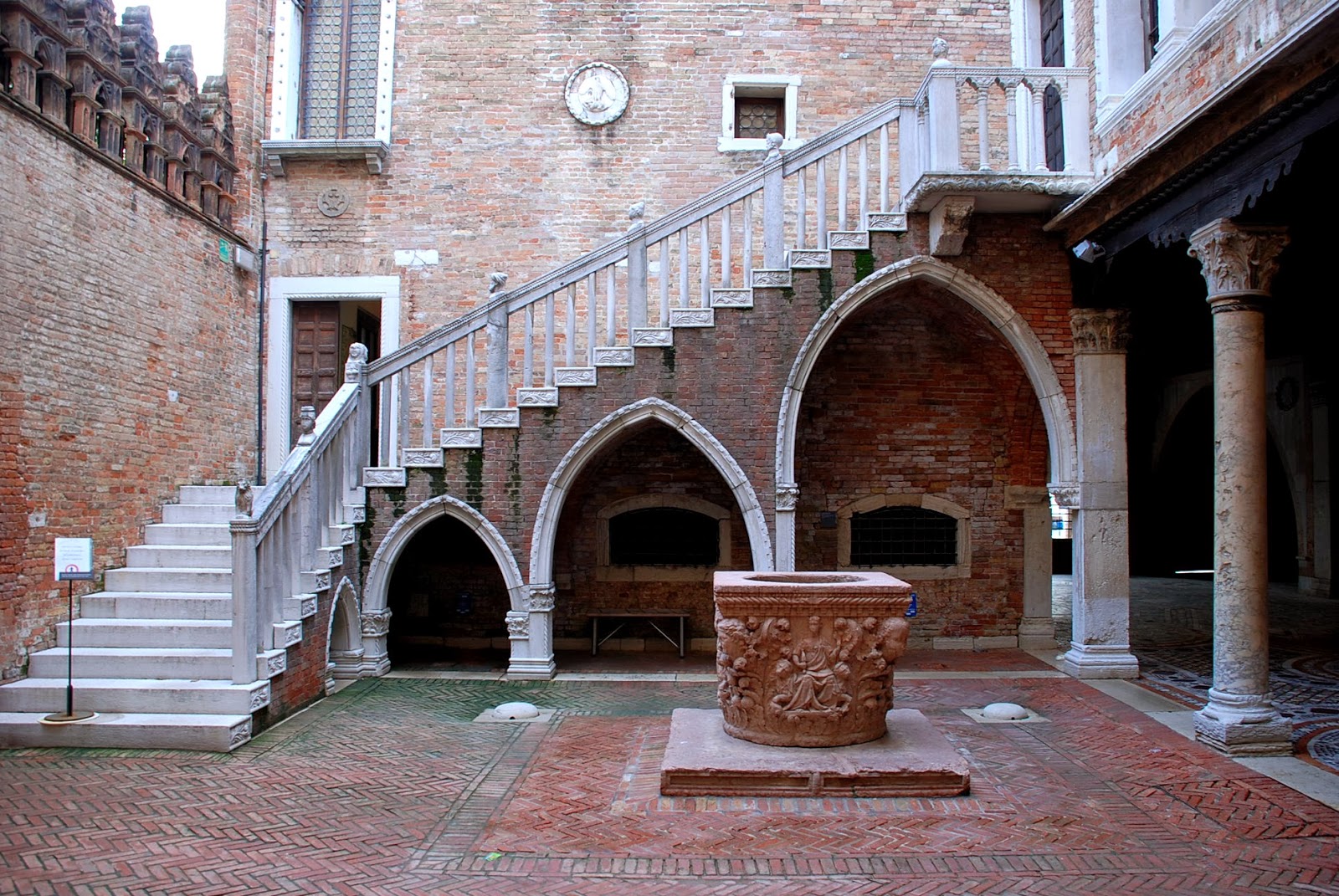 He hunted down fragments from the demolished staircase and rebuilt it as closely as possible to its original appearance. 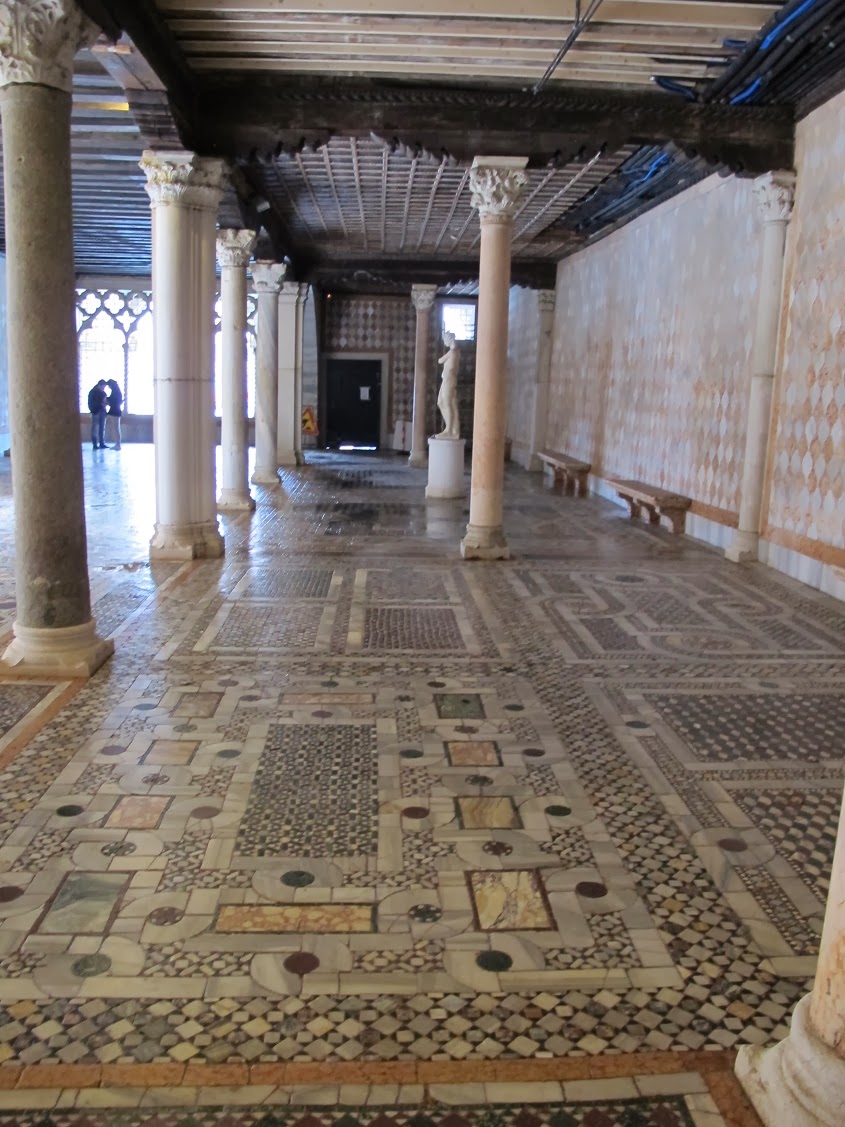 Franchetti donated his palace and art collection to the state at his death in 1922, and it has been a public museum ever since. 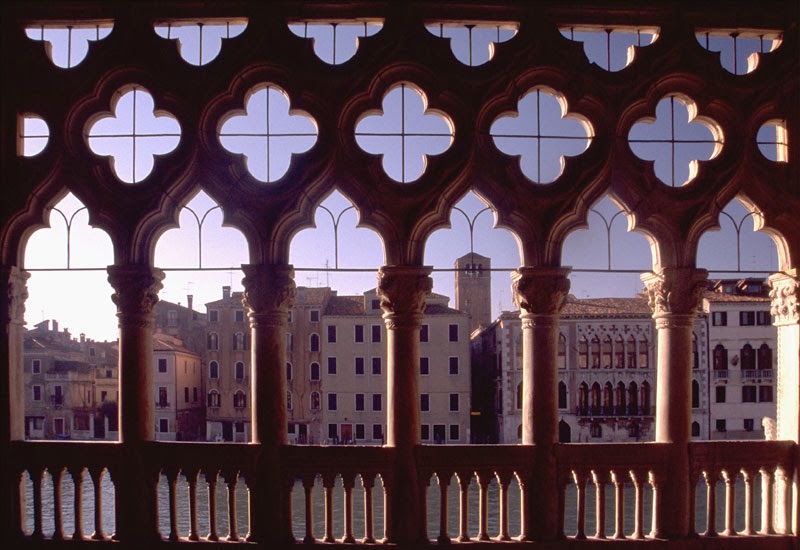 View of the Grand Canal from the piano nobile, which is what Italians call the main public room on the second floor of the palazzo. What an amazing place.
Posted by John at 7:35 AM