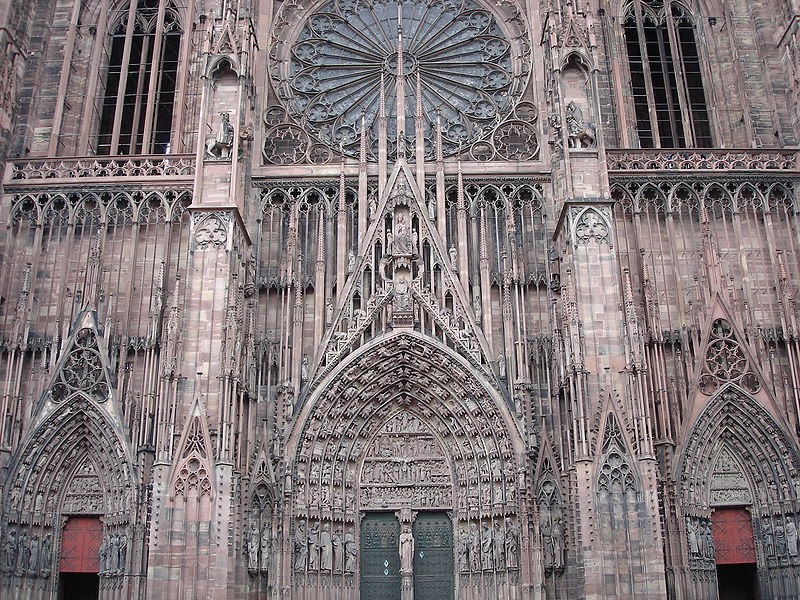 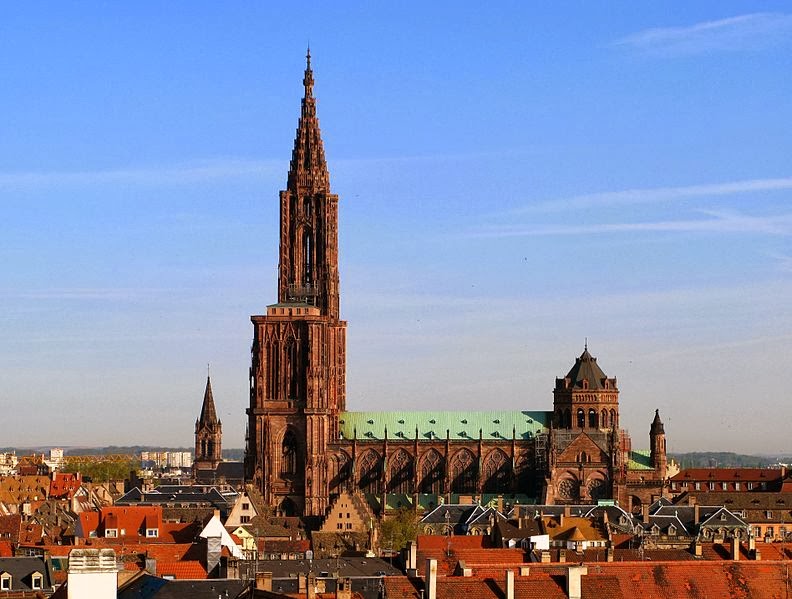 It looms high over the plains of Alsace, visible from many miles away. The north tower, completed in 1439, was the world's tallest building from 1647 (when the spire of St. Mary's church, Stralsund burnt down) until 1874; it is the tallest standing building from before the age of steel and concrete. But not only it is huge, it is lovely. Its west facade is one of the most elaborate ever constructed, and much better preserved than most of its rivals. The Gothic cathedral replaced a Romanesque one, begun in 1015 but destroyed by a fire. Construction of the new cathedral began in the late twelfth century and the nave was roofed by 1284. The project was begun by the bishop, but the townspeople drove him out in a violent uprising, Strasbourg became an imperial free city and the citizens continued the work themselves. 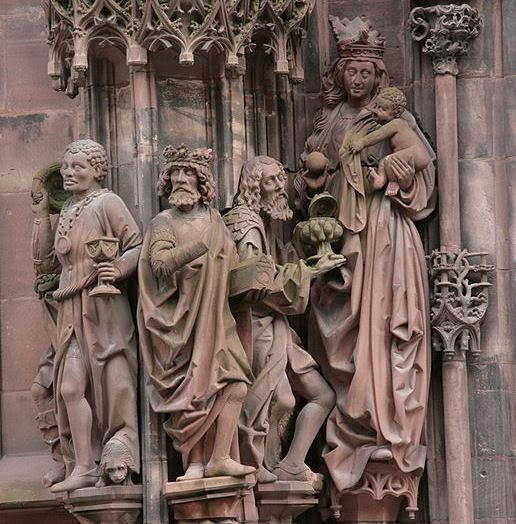 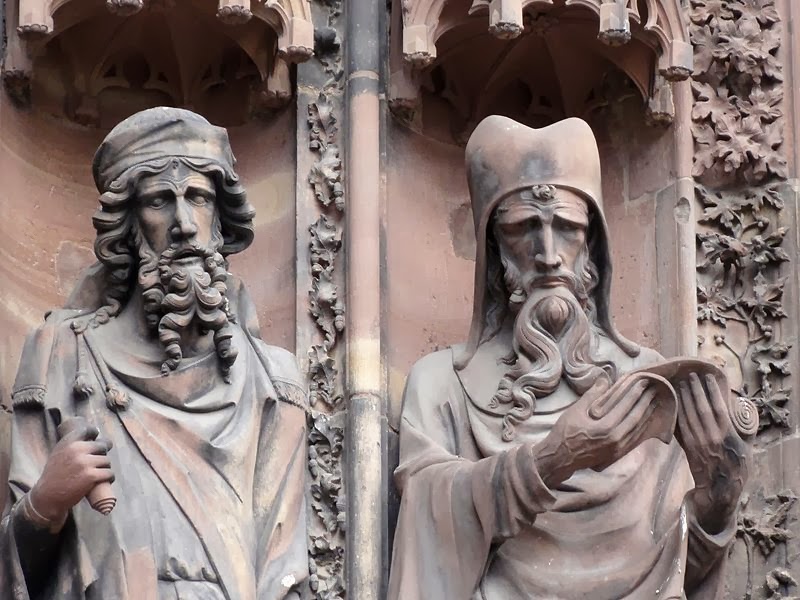 A dazzling array of gothic sculpture decorates the huge expanse of the west front, all of it gorgeous. 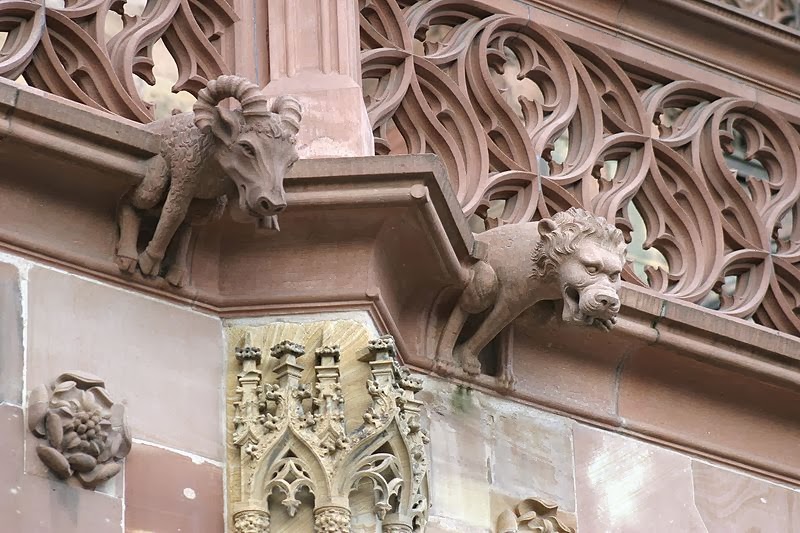 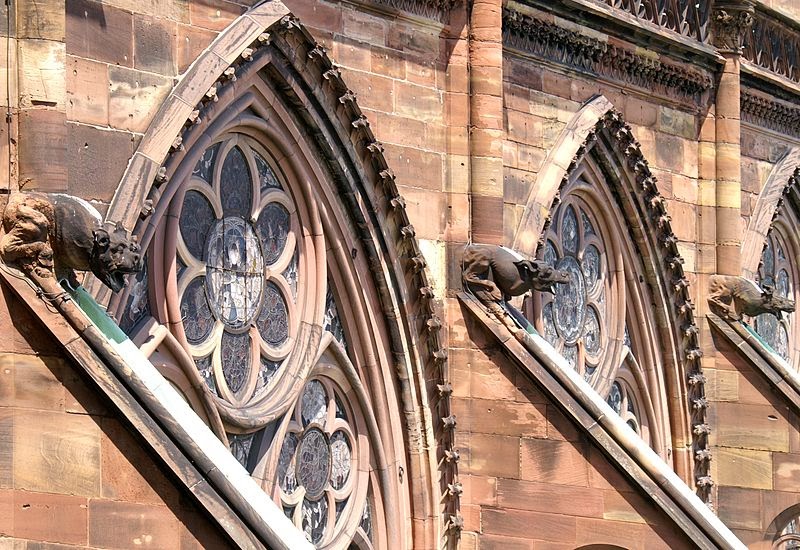 Every surface is decorated, every nook and corner elaborated. 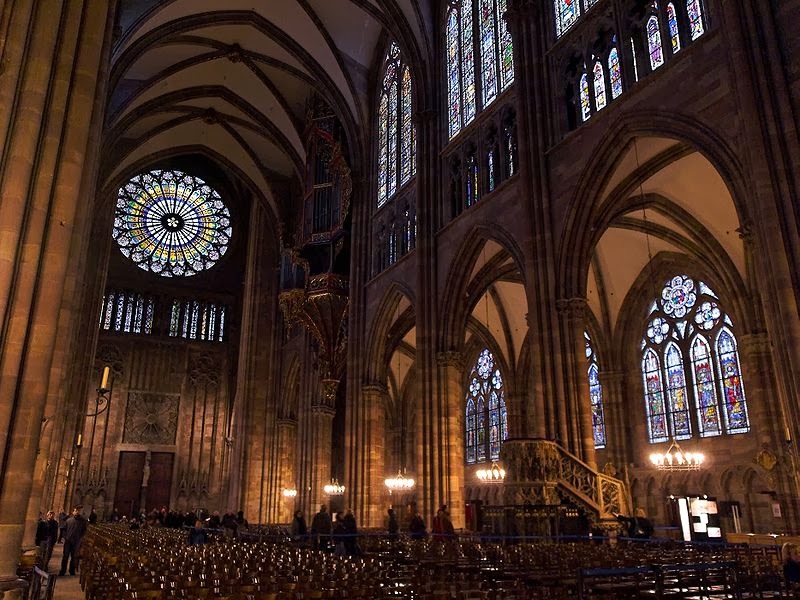 The interior is equally sublime, and only Chartres rivals Strasbourg in the number of surviving medieval windows. 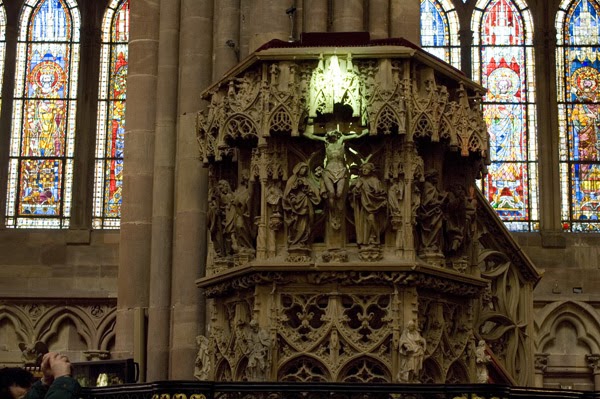 A ray of green light strikes the fifteenth century pulpit every spring equinox at about noon; this picture was taken at 11:38 AM on March 20, 2009 (wikimedia). 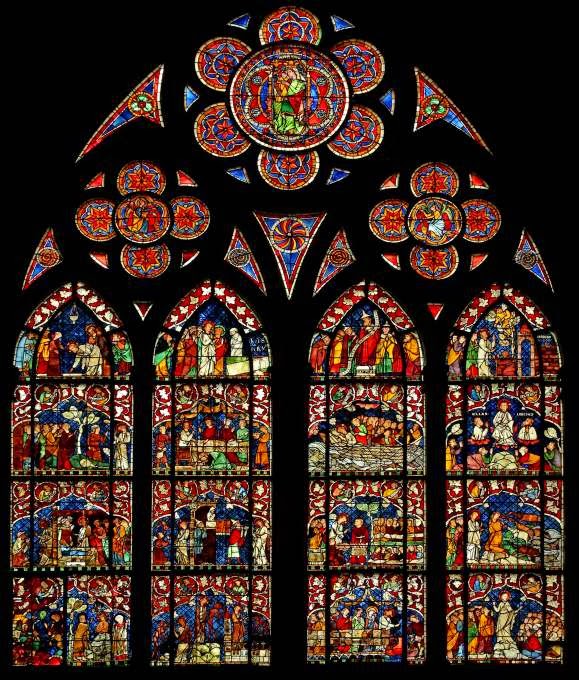 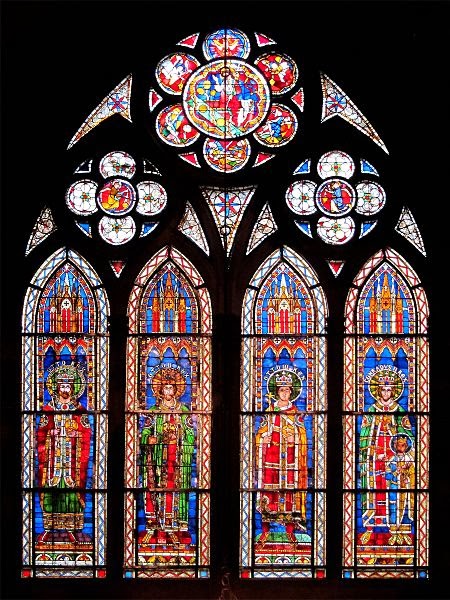 The glass dates mainly to the thirteenth and early fourteenth centuries, with some from the late twelfth and a few later pieces. 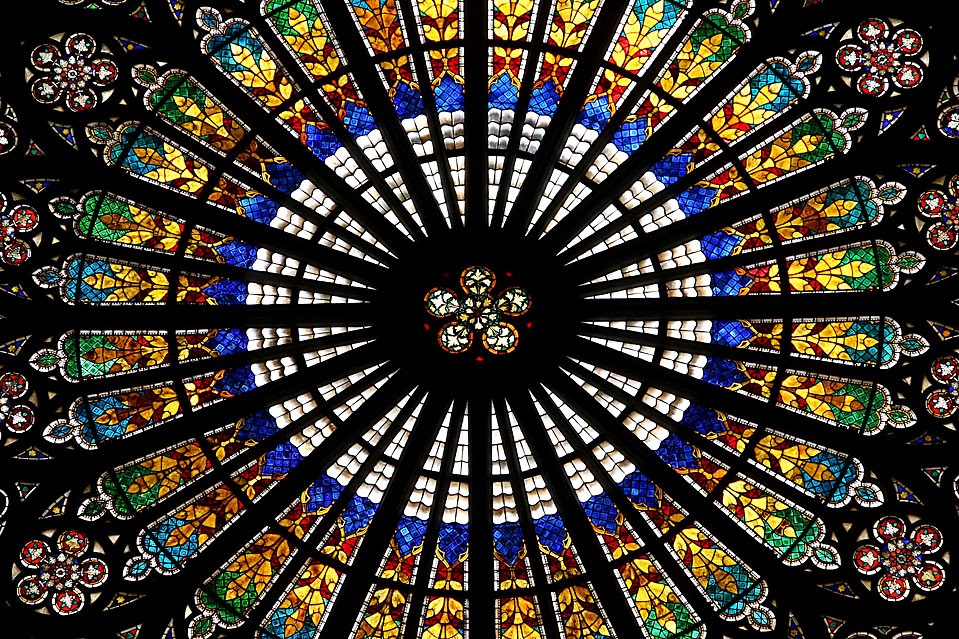 Strasbourg was one of the first cities to convert to Protestantism, and the Cathedral became a Lutheran church. After Strasbourg was taken by Louis XIV in the 1680s, it was converted back to Catholicism. For a brief time in 1794 it was a Temple of Reason. It suffered minor bomb damage in 1944, but fortunately the windows had been removed and stored in a salt mine.

Through all its changes over the centuries it has been a thing of great wonder. 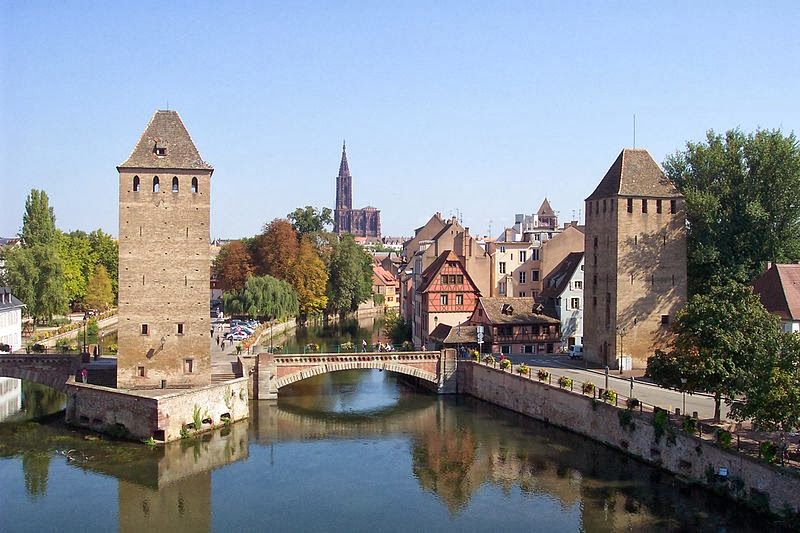