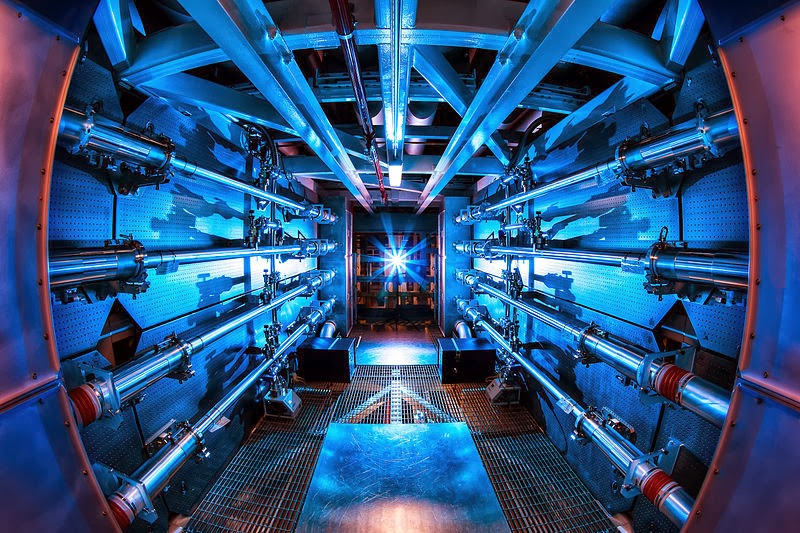 Good news from the $5.3 billion array of giant lasers known as the National Ignition Facility -- after nearly five years of trying, it finally ignited! In two tests out of hundreds -- one in September, one in November -- they induced their balky fusion machine to produce more energy than was put into it. Just produce, mind you, not actually capture. The project leader, who revels in the name of Dr. Omar Hurricane, called this a "turning point." But then he more honestly backtracked and said, "This sounds very modest, and it is." Nobody has ever done this before in a controlled situation, so I suppose it is a technical feat, but that still leaves us about fifty technical feats short of a working fusion reactor.