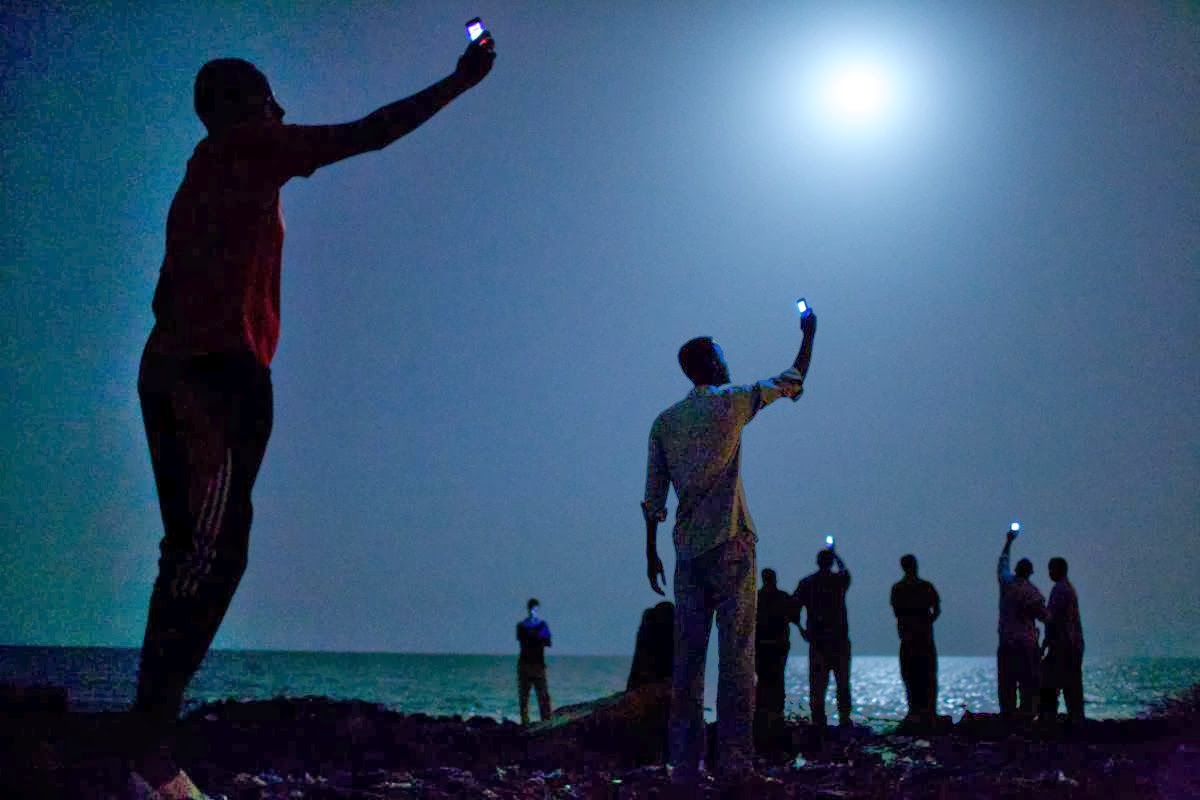 John Stanmeyer is an American photographer who moved to Hong Kong in 1996 and has spent most of his time since in Asia. He has done a lot of work for major magazines, including National Geographic and Time. The picture above was the grand prize winner in this year's World Press Photo Contest. It shows African migrants on the shore of Djibouti city at night, raising their phones in an attempt to capture an inexpensive signal from neighboring Somalia, a tenuous link to relatives abroad. 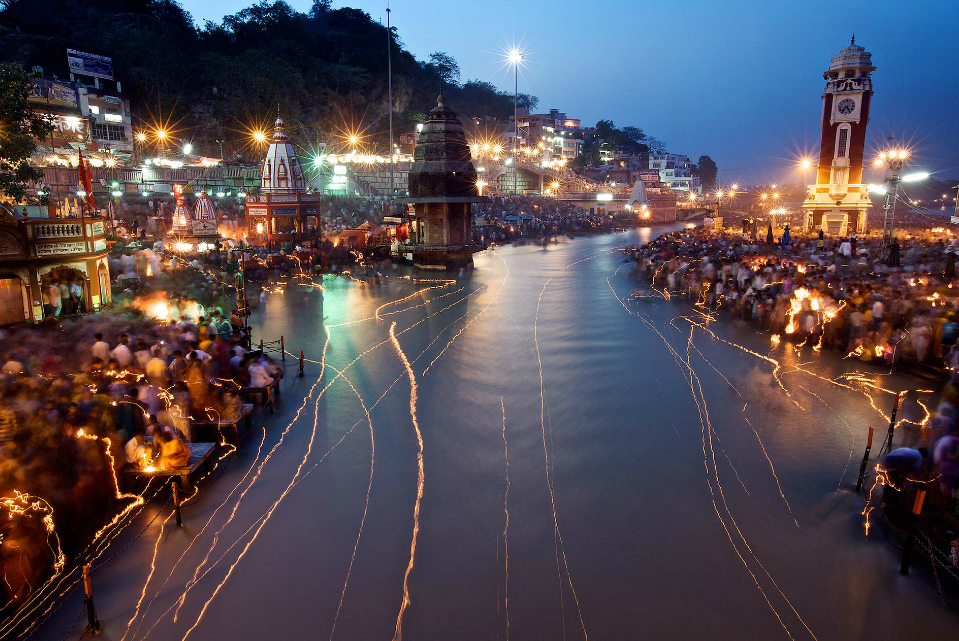 Stanmeyer's web site is full of great photographs, all posted without dates or captions. 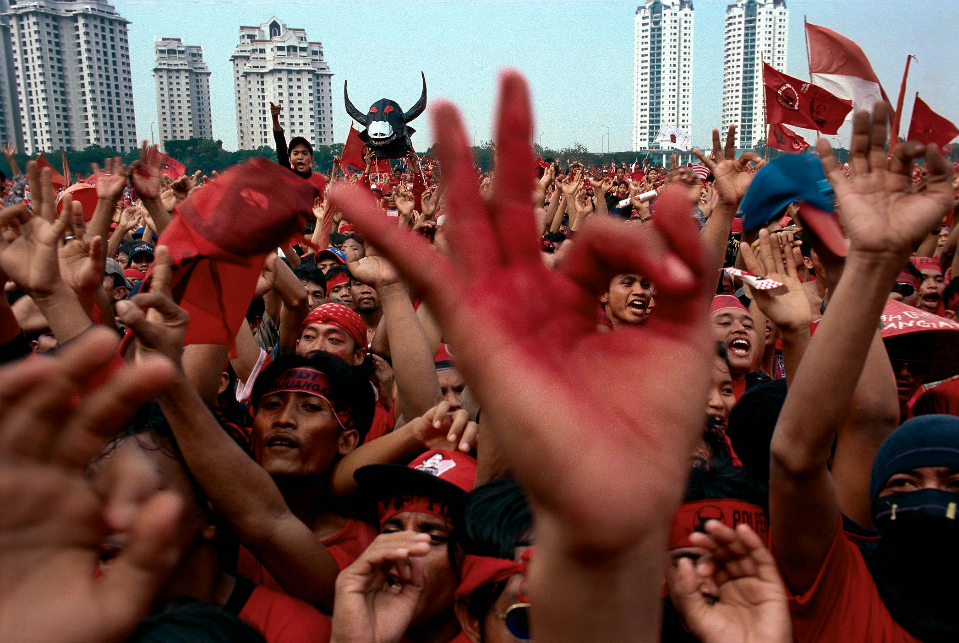 I take this to be "red shirt" protests in Thailand, but I could be wrong. 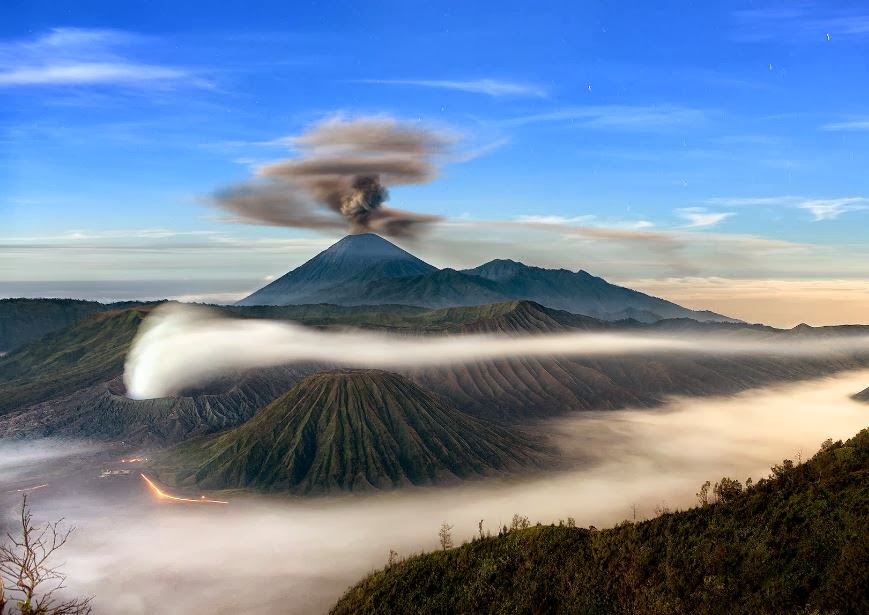 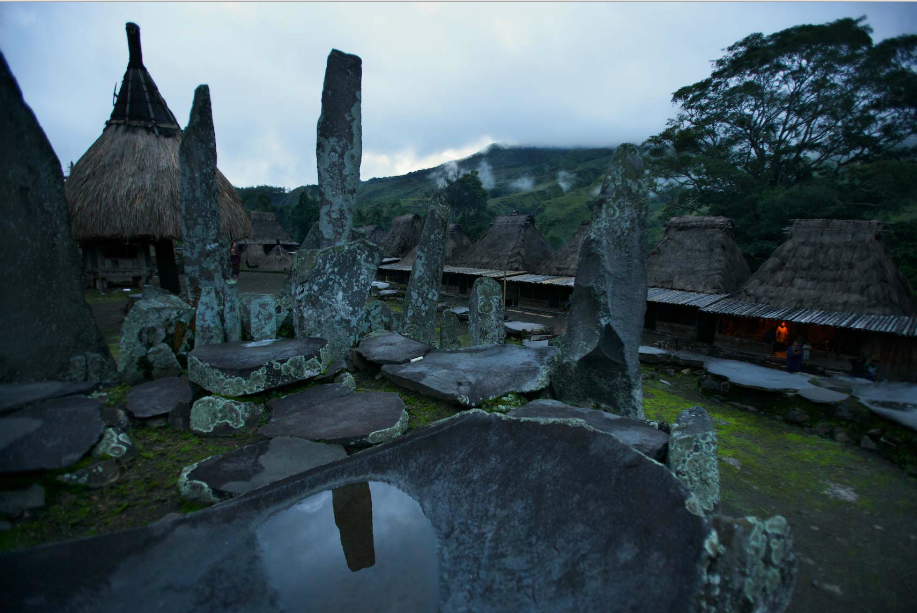 Two pictures from a set on Indonesia's volcanoes; is the bottom one a shrine? 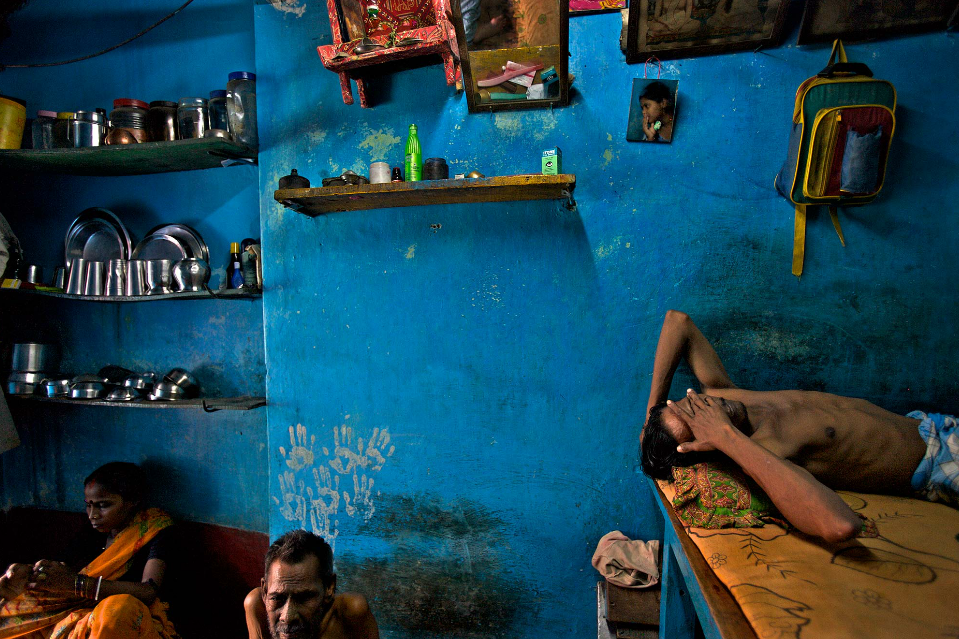 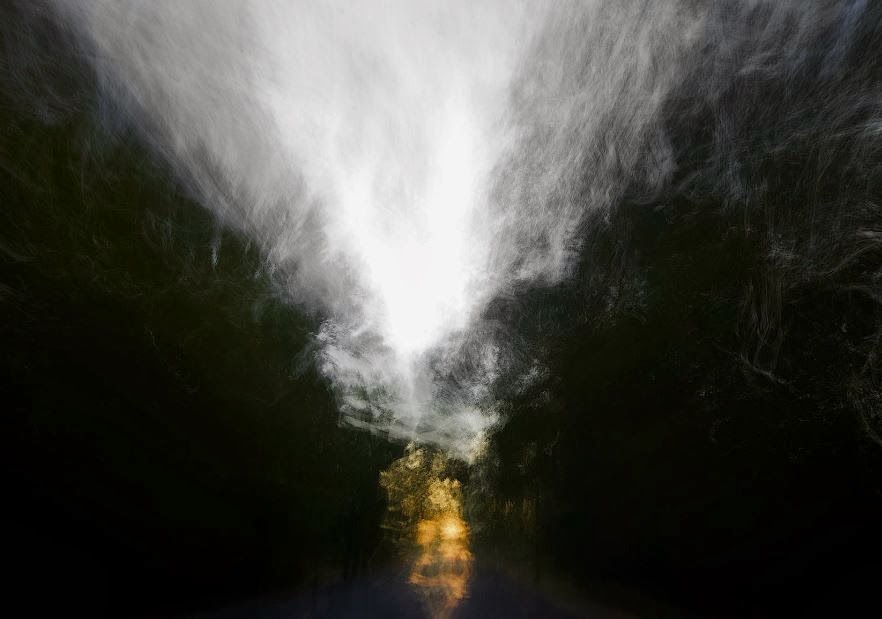 The web site also includes a section on "personal projects" where most of the photos look like this. I guess he sometimes gets an urge to do something completely different from the super-crisp images demanded by magazines.
Posted by John at 7:31 AM