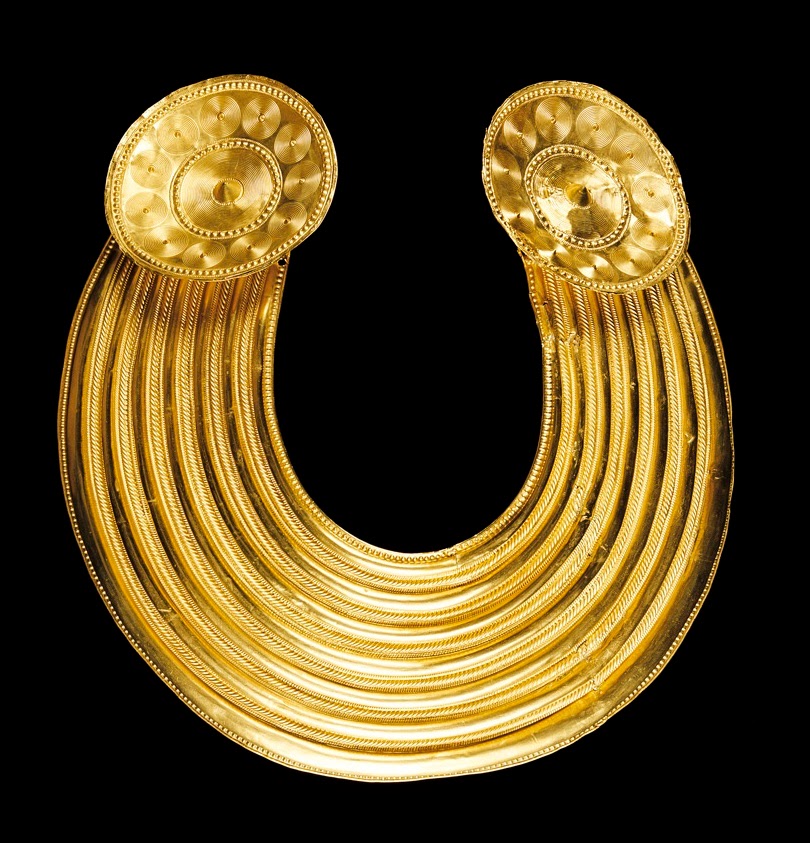 The National Museum of Ireland has an interesting online exhibit titled A History of Ireland in 100 Objects. Above, the Genasheen Gorget, late Bronze Age, c. 800 BC. Because of its rich deposits of copper, Ireland may have been richer in the Bronze Age, compared to the rest of Europe, than ever before or since. 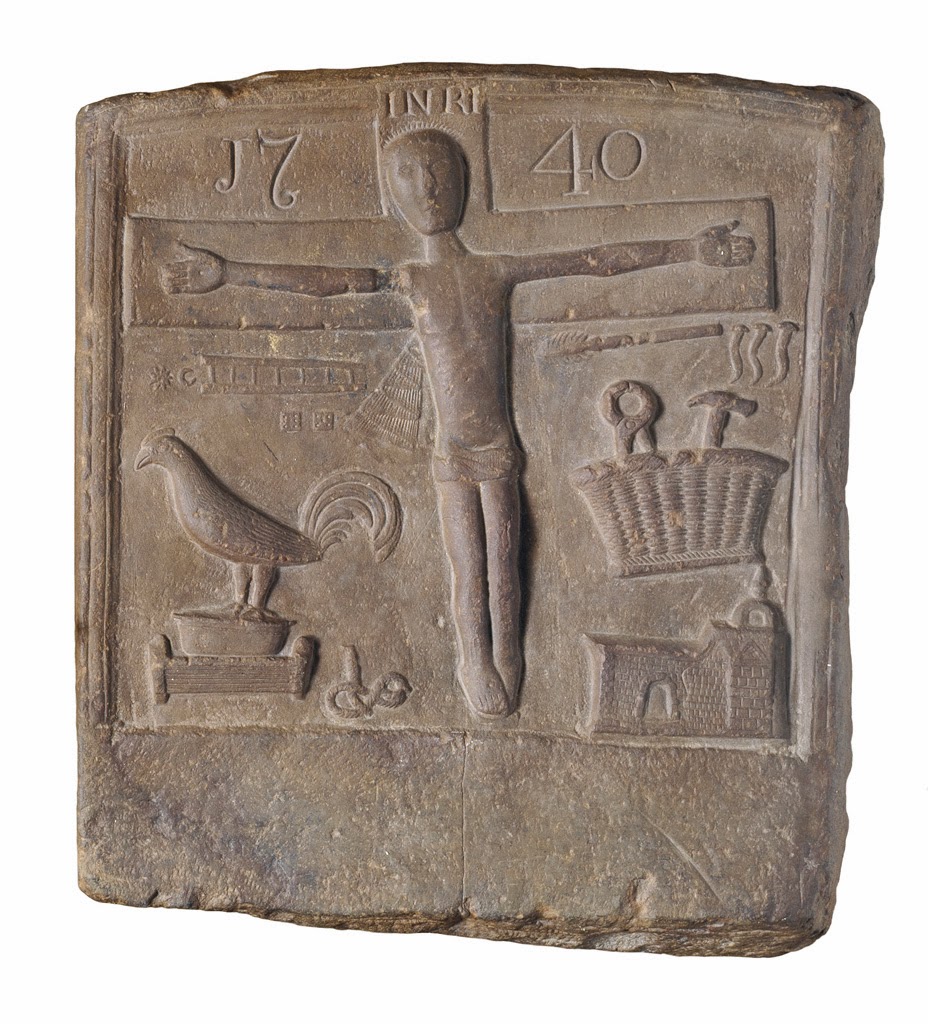 A Crucifixion Stone dated 1740, kept in the house for private Catholic worship since public Catholicism was still illegal. 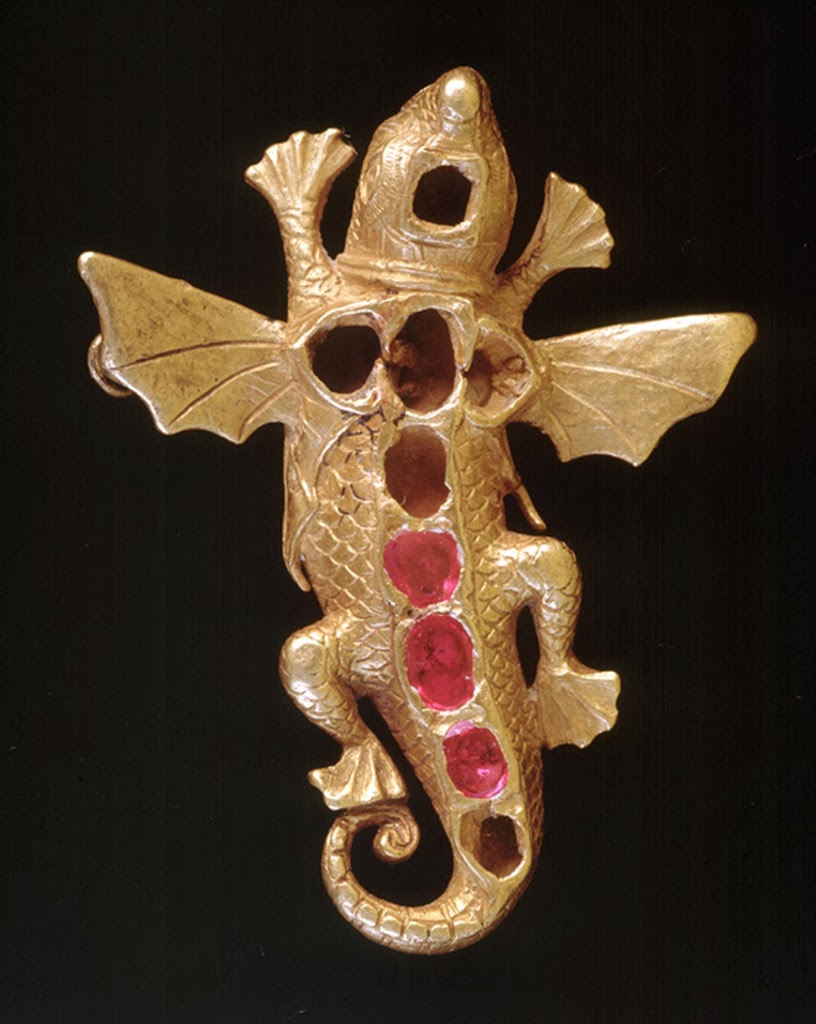 Jeweled Salamander pendant recovered from the wreck of the Spanish galleas Girona, which sank off Lacada Point, on the north Antrim coast, in the autumn of 1588; a relic of the what in England they call the Spanish Armada. 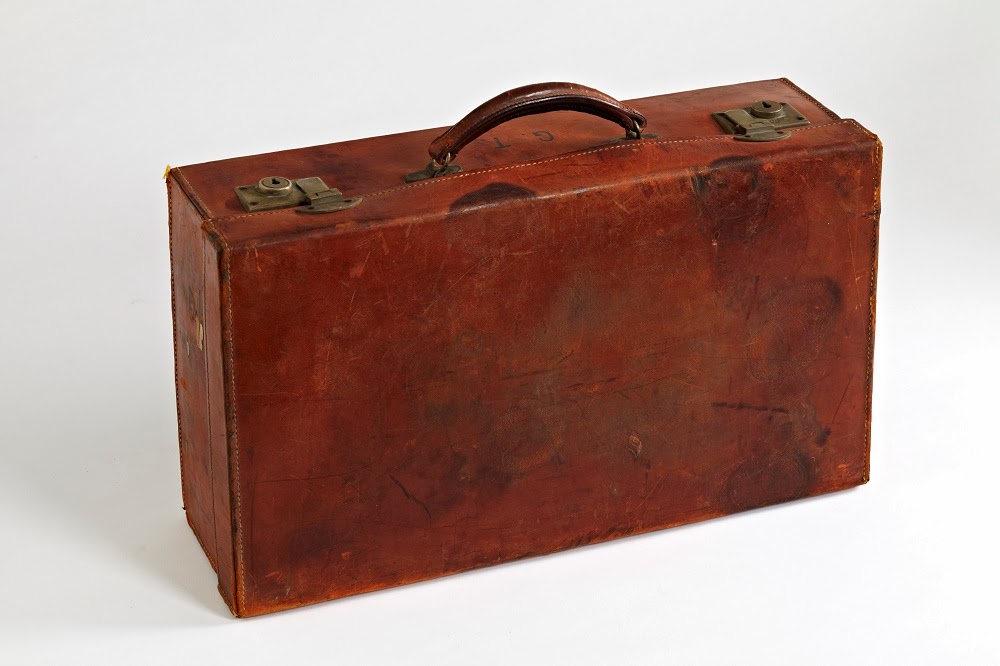 An emigrants' suitcase from the 1950s. Three out of every five children who grew up in Ireland in the 1950s emigrated. 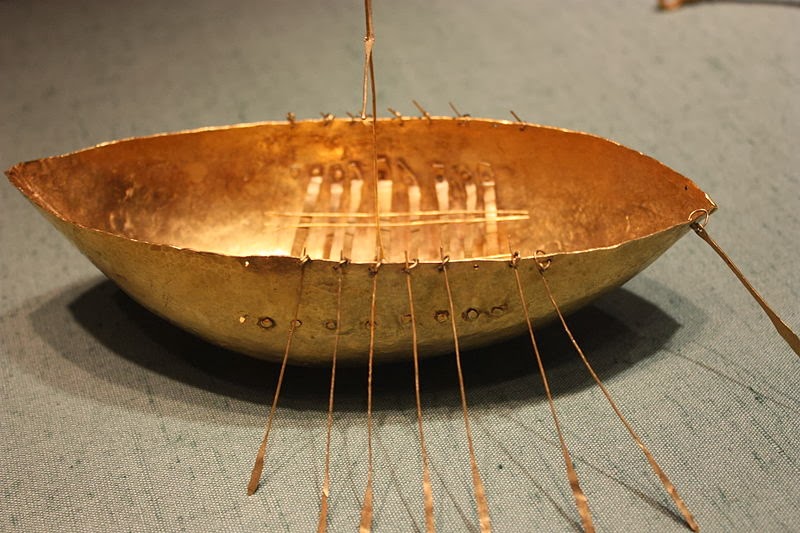 The Boighter Gold Boat, c. 100 BC. Perhaps an offering to the sea god Manannan Mac Lir. 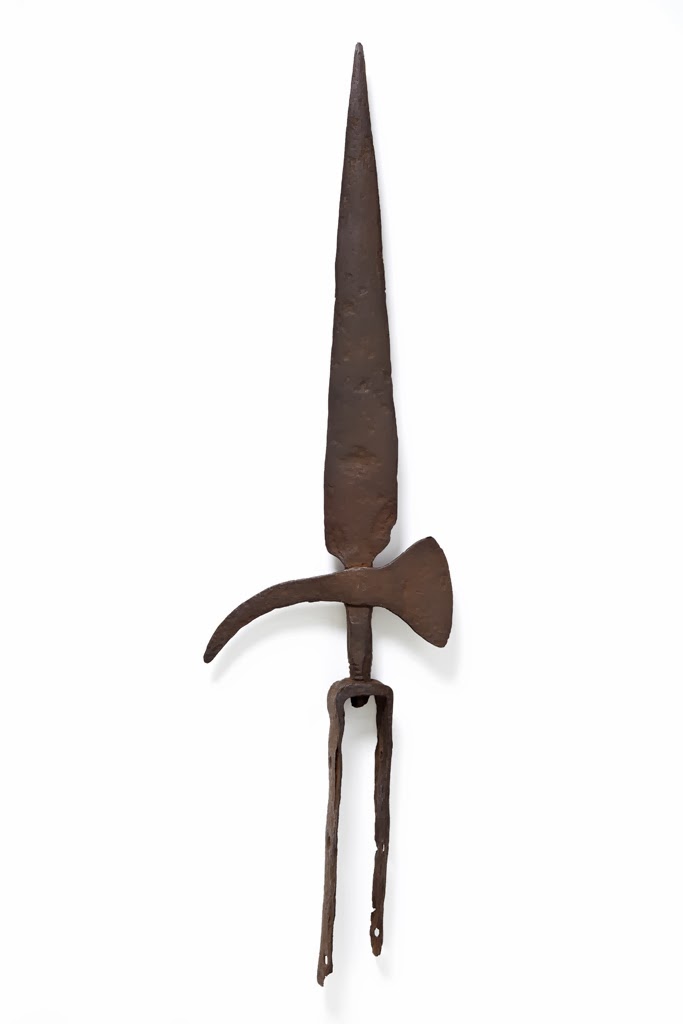 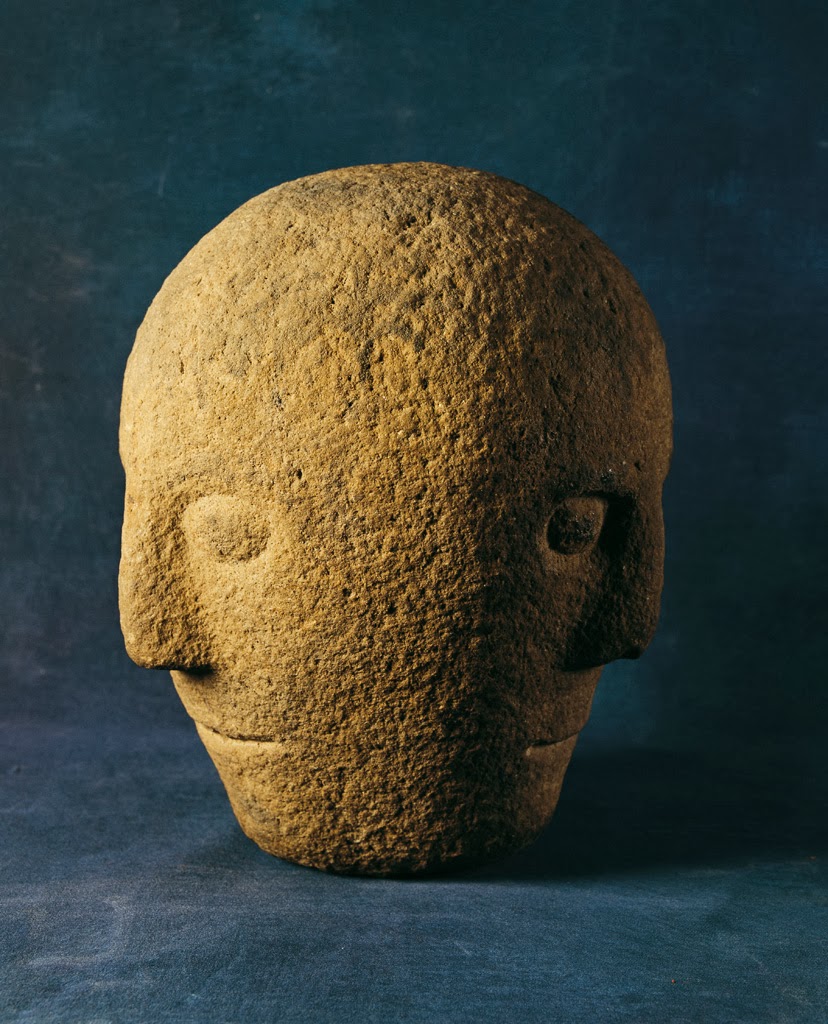 Carved stone head, Corleck, 100-300 AD. One of many pagan Irish representations of a three-faced God. 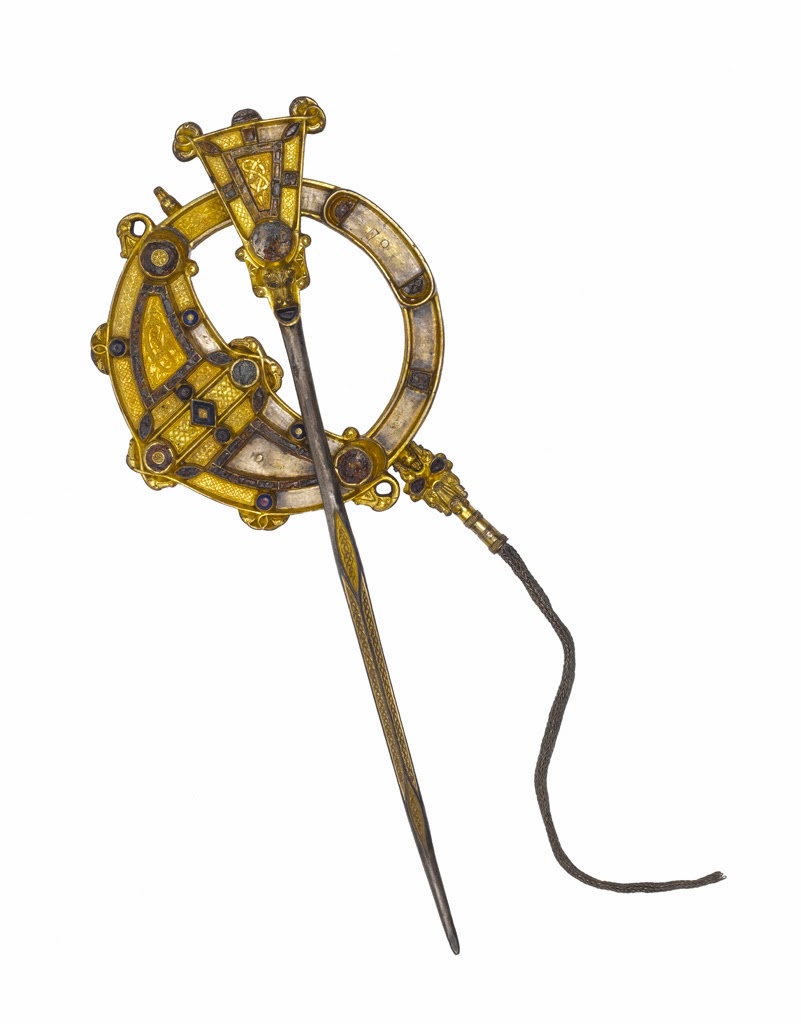 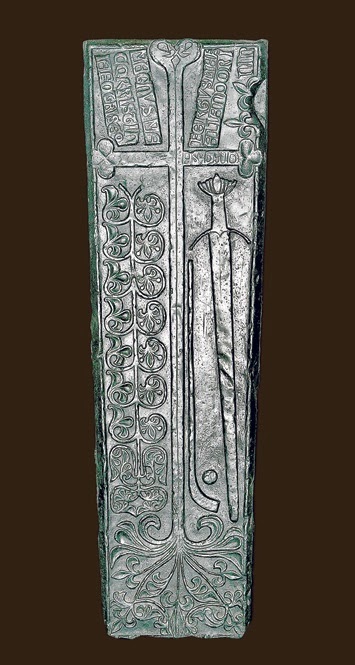 Gravestone of a Gallowglass, 15th or 16th century. Note the hurley stick and ball. The gallowglasses were elite Scottish mercenaries, mainly younger sons of noble families, a number of whom served in Ireland. They tended to be enemies of the kings of Scotland, so as the Scottish kings gained greater control of their kingdom in the 14th and 15th centuries, several of the families that were prominent in this business moved to Ireland.
Posted by John at 5:54 PM