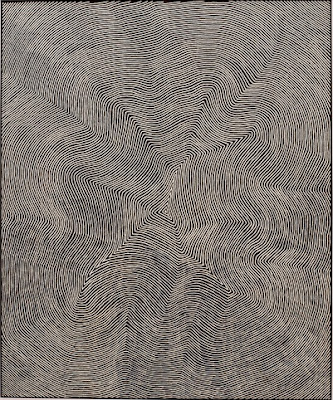 Warlimpirrnga Tjapaltjarri is an aboriginal artist from a very remote part of Australia:


Until he was in his 20s, he and his family, part of the Pintupi Aboriginal group, lived in a part of the Western Australian desert so remote that even after other Pintupi were forcibly relocated into settlements in the 1950s and 1960s, his family remained out of view, hunting lizards and wearing no clothes except for human-hair belts, as their ancestors had for tens of thousands of years. When they were encountered by chance in 1984 and persuaded to move to a Pintupi community, they instantly became famous, known in newspaper accounts as the Pintupi Nine and described as the last “lost tribe.” 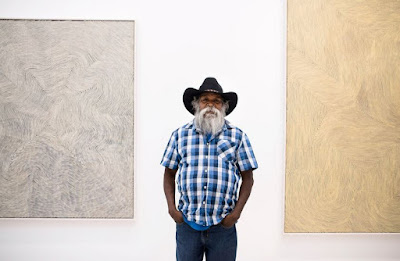 Tjapaltjarri has been painting on canvas since the 1980s, and this month he has his first solo show in New York. How about that for a personal journey, from the last lost tribe to Salon 94? Tjapaltjarri is a healer and story-teller among his people, and also a political leader of sorts, given his extensive connections with outsiders and (comparative) wealth. 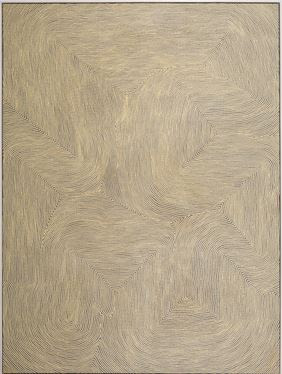 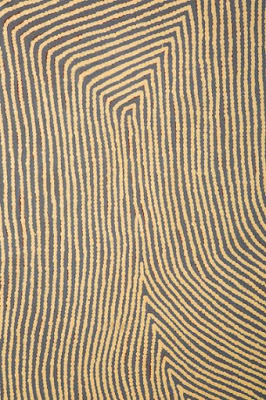 Tjapaltjarri's painting on canvas is based on the designs his people traditionally painted on their spears, or their own bodies. They are composed of dots arranged in lines, as you can see in the detail directly above. 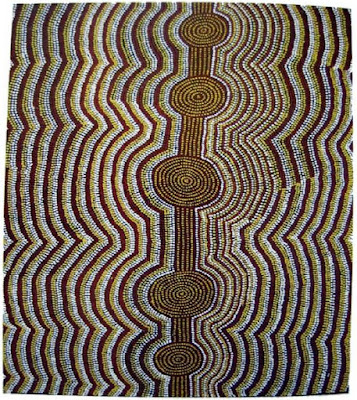 
The lines and switchbacks, painted on linen canvas while it is flat on the ground, correspond to mythical stories about the Pintupi and the formation of the desert world in which they live. Some of the stories, which are told in song, can be painted for public consumption, but others are too sacred or powerful to be revealed to outsiders. “My land, my country,” said Mr. Tjapaltjarri, the only English words he uttered during an interview, pointing at a painting with a circle made out of dots. He said it represented a group of ancestral women who appear only at night in the desert around Lake Mackay, a vast saltwater flat that is the primary focus of his paintings.

The way that the lines and curves tell the stories remains mostly a mystery. “I’ve been asking that question for 40 years, and I’ve never really gotten the same answer twice — it’s very inside knowledge,” said Fred R. Myers, an anthropologist at New York University who has studied the Pintupi and their art since the early 1970s and as a doctoral student helped bring attention to the Papunya Tula Artists cooperative, which is owned and directed by Aboriginal people from the Western Desert. “The paintings operate more like mnemonic devices than like representations of a narrative.” 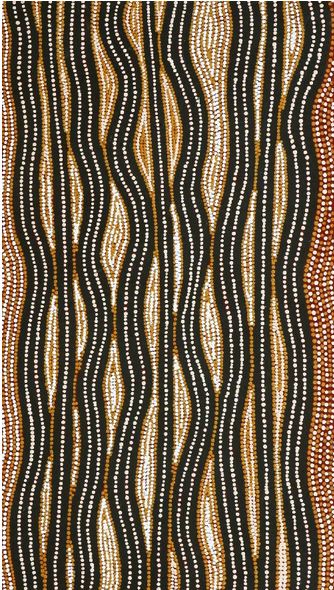 Tjapaltarri's recent work is all untitled, but some of his older pieces have names; this is Tingari Men's Travels to Tjuntulpul, 1999. 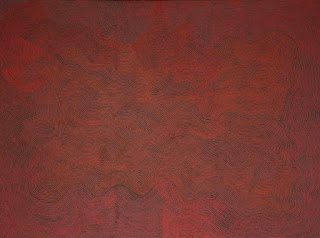 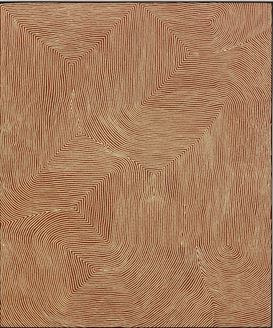 I find these strange but quite wonderful. The hypnotic effect of the large canvases must be very impressive. 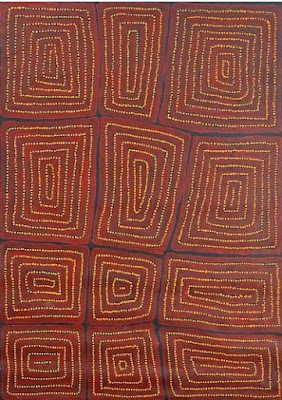