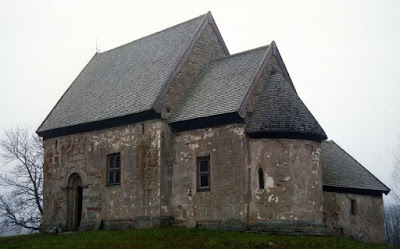 The Old Church (gamla kyrka) in Suntak, Sweden was built in the 12th century. 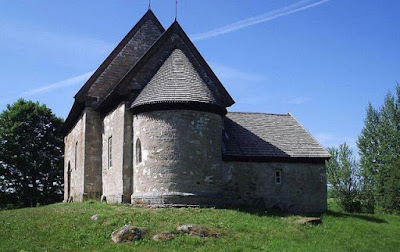 All at about the same time, apparently, despite the appearance of separate sections. The wooden roof has of course been replaced. 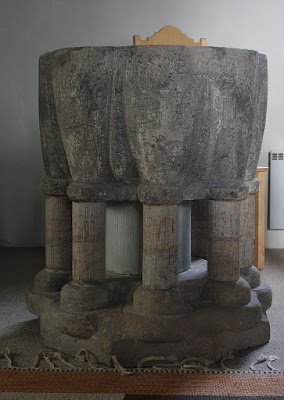 The interior once boasted several medieval relics, but the 12th-century font has been moved to the New Church, built in 1902. 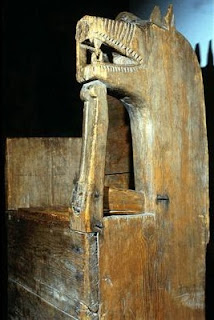 And this medieval bench to the local museum. 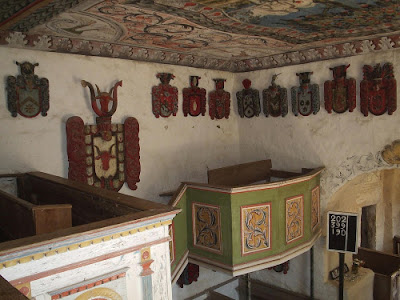 The interior decoration dates mainly to the eighteenth century, although some of the faded paintings may be as old as 1400. Love those coats of arms on the wall. 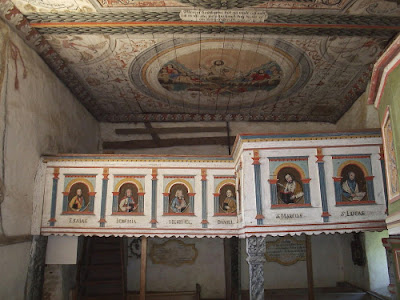 Seems like a fascinating place.
Posted by John at 8:10 PM