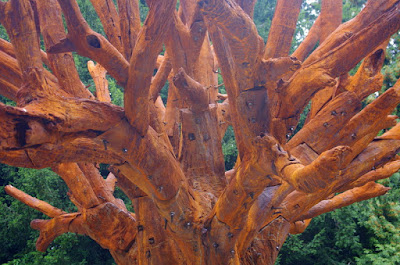 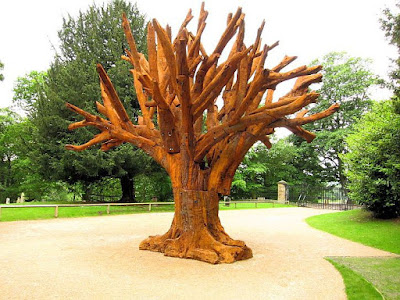 Iron Tree. Versions of this work have appeared in sculpture parks around the globe, including Yorkshire and Grand Rapids. This has been in the art news lately, and it started my searching for other Ai Weiwei works. 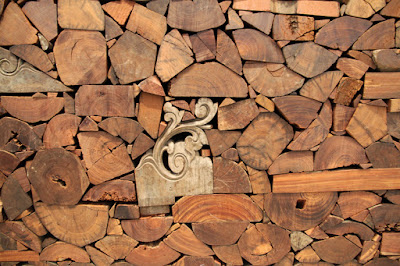 And now some pictures from a big show that toured in 2013 and 2014. This is Kippe, which is actually from 2006 but I never saw it until today. It is captioned, 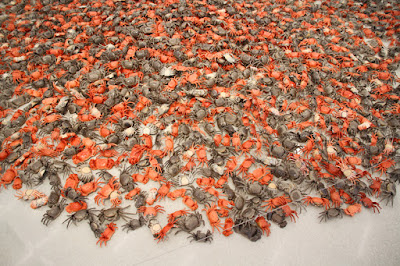 He Xie. Yep, that's a lot of plastic crabs. 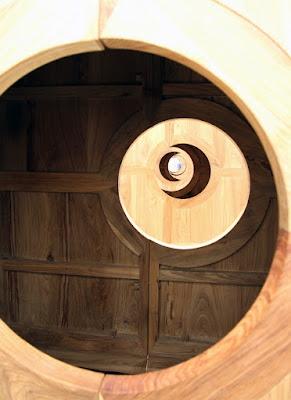 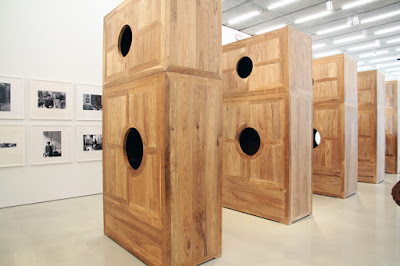 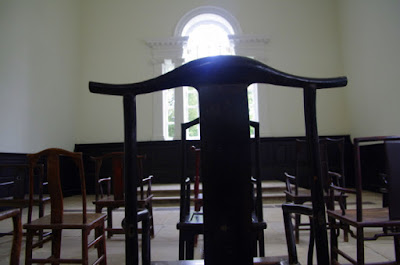 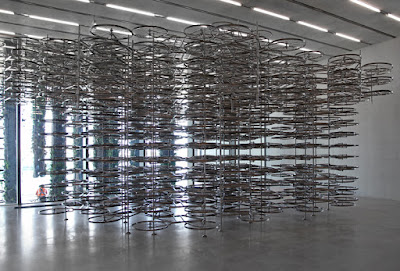 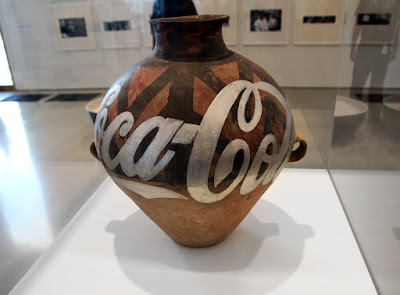 And finally Coca-cola Vase, 2007, which is the sort of thing that irritates me about Ai Weiwei. The materials of this are listed as "Neolithic Vase, Paint." If that is really a Neolithic vase, it has been sacrificed to the making of a trite artistic/political statement. It was both more beautiful and more interesting before the artist got his hands on it. Shouldn't art add to the world, not subtract?
Posted by John at 7:04 PM