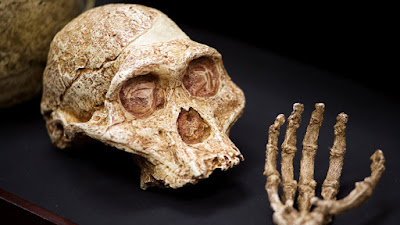 Back in 2013 I wrote about the fascinating archaeological project under way at Rising Star Cave in South Africa. Gazing through a narrow crack in the back of the cave, explorers saw bones, including what appeared to be human bones, in a chamber beyond. Since the cave was in a national park, dynamiting the opening was out of the question. So South African anthropologist Lee Berger put out a call for people skinny enough to fit through a 7-inch crack, with experience in both caving and excavation. Amazingly, he found half a dozen young women who fit the bill. They began excavating in the cave, using a constant video feed to keep their middle aged bosses in the loop as to what was going on. All of this was chronicled on a blog at National Geographic, rather than the usual semi-secret arrangement designed to protect publication rights.

Now the team has published their main findings, and they are keeping to their open ethos by putting them up on eLife where anybody can read them.

They say the bones represent a new species, which they are calling Homo naledi --naledi is the local word for star, as in the name of the cave. This is likely to be controversial, since excavators always get excited about their finds and think they deserve to be a new species; on the other hand they have 1500 bones, which is an extremely large sample for any new fossil species. 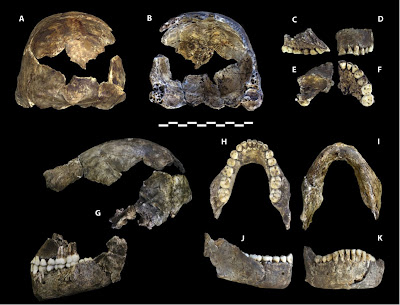 There will also be controversy over whether this should be within the Homo genus, or Australopithecus. 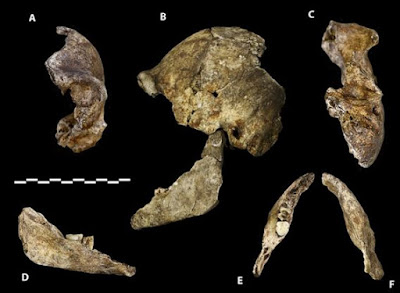 There doesn't seem to be any good dating on these specimens yet. Geologists think the cave is no more than 3 million years old. Berger thinks the fossils come from near the root of genus Homo, which would make them as a guess more than 2 million years old.