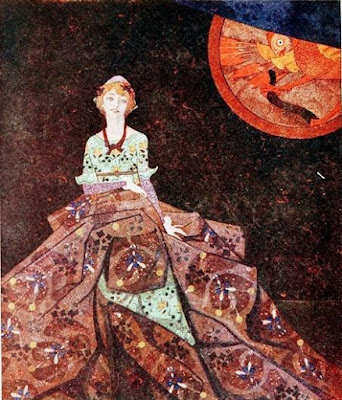 Jean de Bosschère (1878-1953) was a Belgian writer and illustrator with a surrealist streak. His works covered a wide range, from scholarly monographs on art history to autobiographical novels to fantastic children's books something like those of Frank Baum. He lived in Paris from 1901-1905 and got to know many other artists of the time; after that he lived in many places across Europe, including England and Italy, before settling down to spend his old age in a small town in central France. 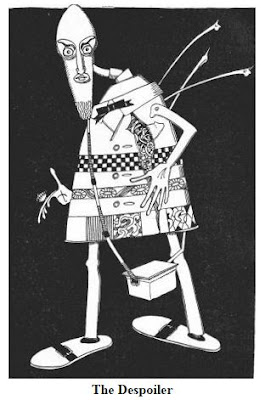 Bosschère was a spiritual seeker throughout his life, with a fascination for the occult; he sometimes signed his letters "Satan" and one of his autobiographical novels was titled Satan l'Obscure. 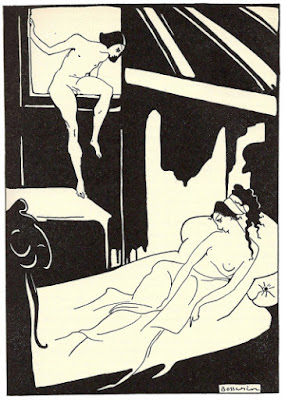 His work was strongly influenced by the Art Nouveau of illustrators like Aubrey Beardsley. Besides his own children's book he also illustrated the poems of Oscar Wilde and Charles Baudelaire, the Decameron (above), Ovid's Art of Love and the plays of Aristophanes. 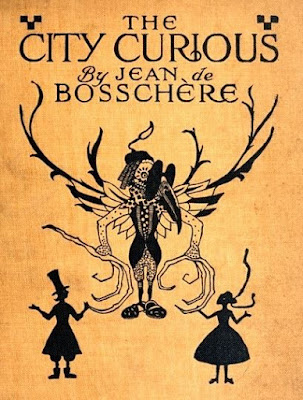 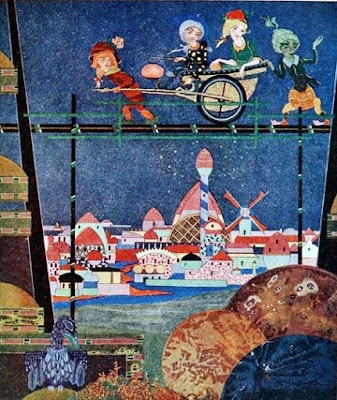 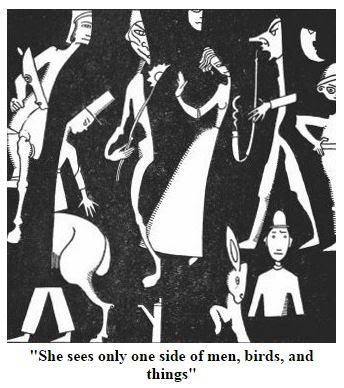 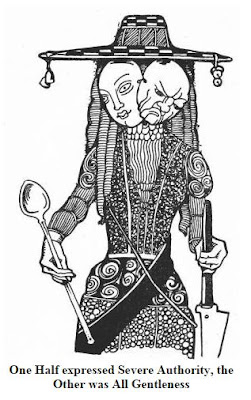 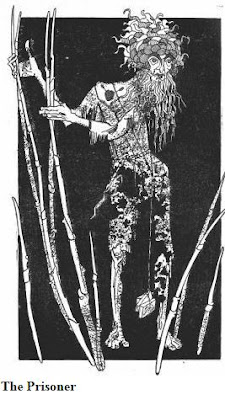 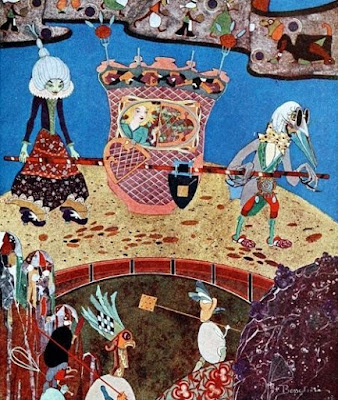 I first encountered Bosschère through his illustrations to The City Curious, a very strange tale featuring cardboard people and an incomprehensible plot. This was published in English in 1920; I am not sure what language it was written in, since Bosschère was living in London at the time. The top two illustrations in the post, and the ones above, all come from this book. 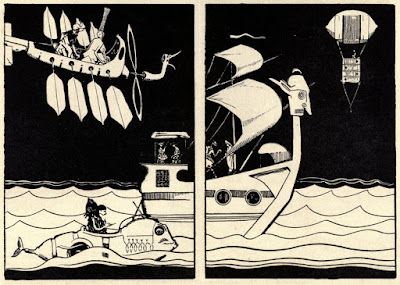 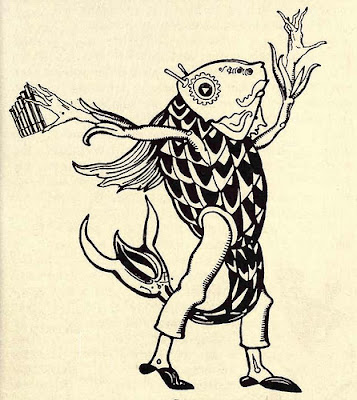 These are from The Weird Islands. 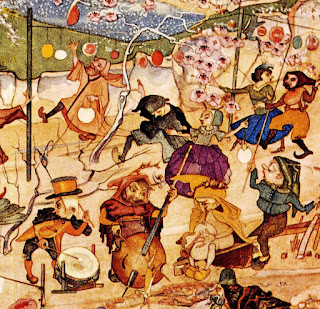 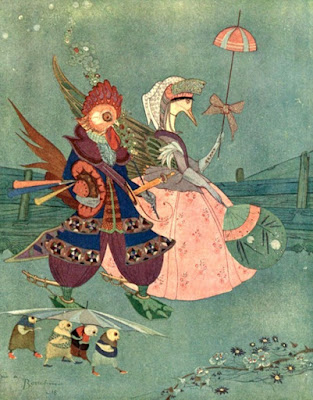 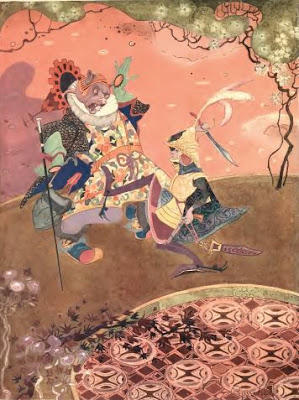 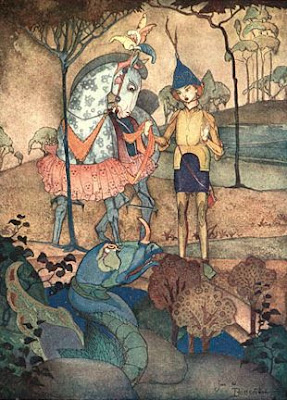 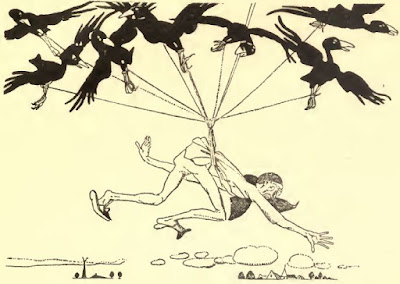 And Folktales of Flanders.
Posted by John at 8:26 PM