The Pearly Kings and Queens 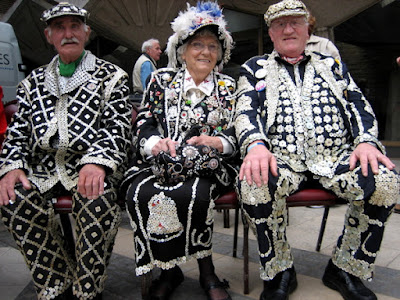 A London tradition dating back to 1875, still going strong:


The tradition began more than a century ago as a way to raise money and add a dash of cheer and cheekiness to ordinary London life. Pearly Kings and Queens have become icons of working class culture with 'royal families' now in every borough in the capital. Henry Croft, the original Pearly King and founder of the movement, was an orphan who later became a street sweeper. He got the idea for the decoration of Pearly outfits after working alongside apple sellers who festooned their suits with buttons down the sides of the legs and on the waistcoat and cap. He designed his own bright outfit with pearl buttons he found during his job as a street sweeper.

He became a local attraction and used his popularity to collect money for his old orphanage. His success meant other charities called on him to help raise funds for them, and so he asked the market traders to help him - and the Pearly Kings and Queens were born. 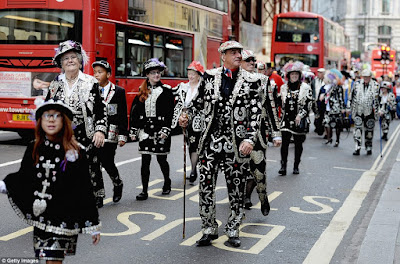 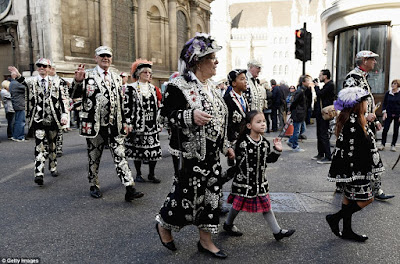 More at the Daily Mail and This Spitalfields Life. 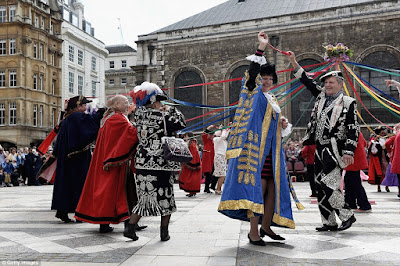 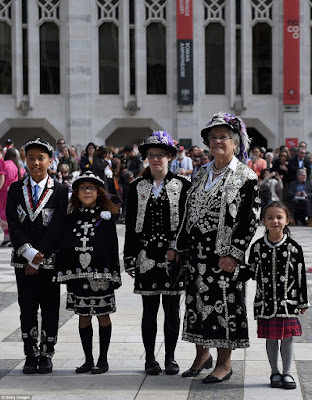 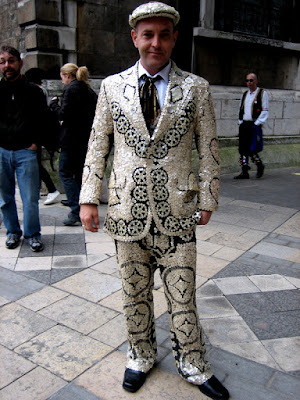