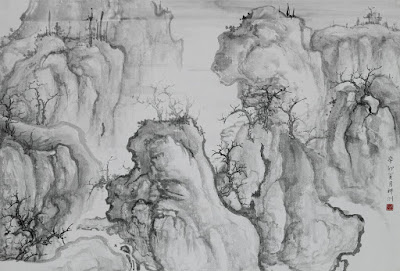 Chinese artist, born 1968, who studied traditional calligraphy and painting restoration before emerging as a painter in his own right. He also earned his living for a while as a digital artist for CCTV. His first works to attract notice were very much in the old Chinese landscape tradition of shanshui hua, 'painting of mountains and water.' Some of the works even have traditional titles; this is Landscape in the style of Guoxi 2, 2011. 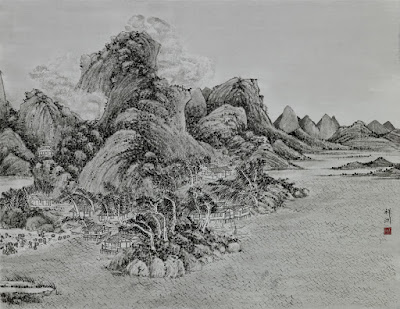 Landscape in the Style of the Yuan Dynasty, 2008. 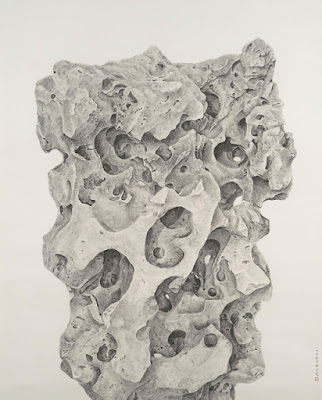 Mind Without Discrimination, 2007. This is a fairly realistic portrayal of one of China's famous "scholar rocks," once a regular feature of monasteries and shrines. 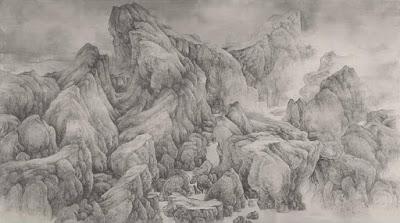 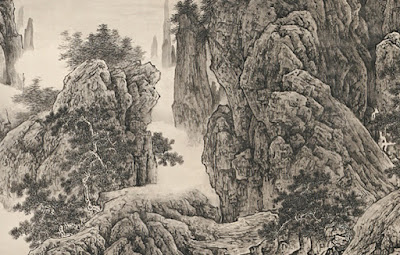 Mountain Peaks on a Clear Day, 2013. Reviewers of this work commented on Tai's ability to preserve the Chinese tradition in the fullest sense, by continuing it. 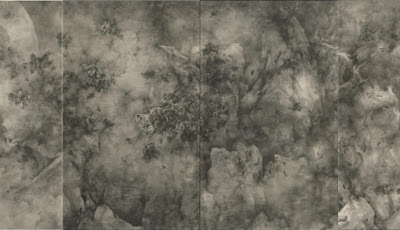 But over the past few years his work has been evolving rapidly. This stormy image is from a 2014 show titled Knowing Heaven and Earth through Observation. 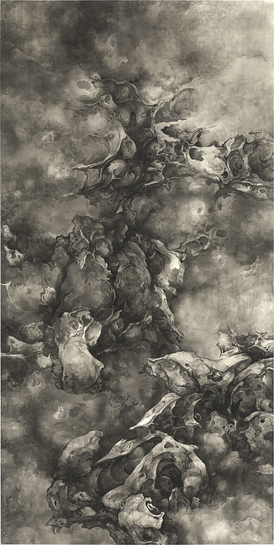 And in his 2015 show, Celestial Chaos, Tai has moved a long way into something that looks more science fiction than shanshui hua. I am not sure that I like these, but they are interesting, and it will be equally interesting to see where Tai goes next. 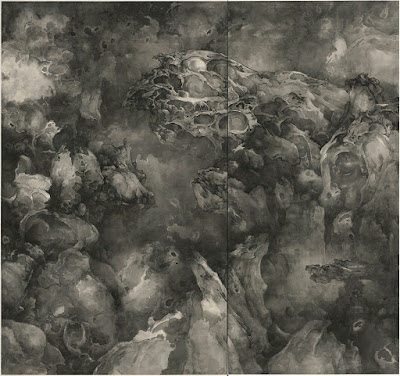 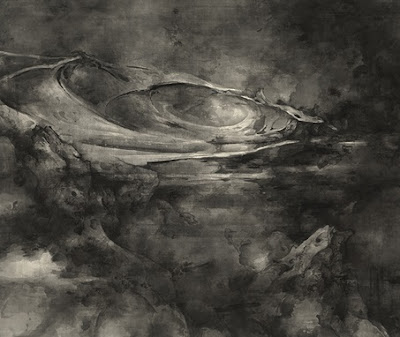