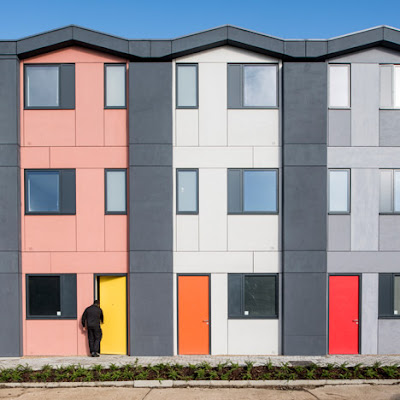 These prefabricated homes were recently built for homeless people in Mitcham, a neighborhood in Merton, London. 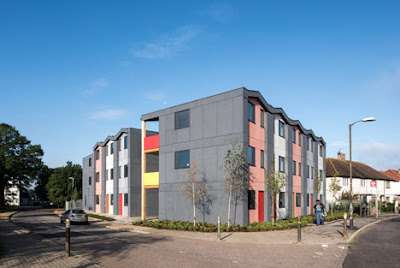 They were designed by Rogers Stirk Harbour + Partners, but whoever did the work senior partner Richard Rogers has been out claiming credit. They are built in a factory and just stacked up on the site, an operation that takes only a week from start to finish. Rogers says they can be built for 30,000 to 35,000 pounds per unit, or about $50,000. Which is pretty good, although when architects throw around these numbers you never know if they include stuff like site prep, sidewalks, utilities, stormwater control, and the like. 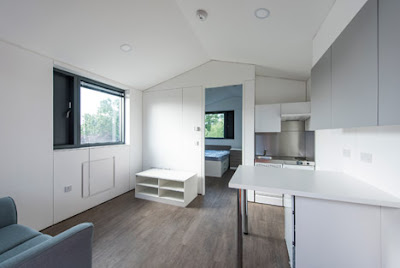 They aren't wonderful, but I have seen much worse, and as Rogers says there is a real housing shortage in southern England. If these can be built cheaply in older urban areas, that's a lot better than nothing. I should note that while many people have prejudices against manufactured ("prefab") housing, that is unjust; there are advantages to making things in a factory, and properly made manufactured houses are just as strong and long-lasting as the "built" kind. 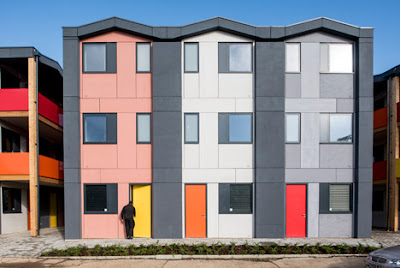 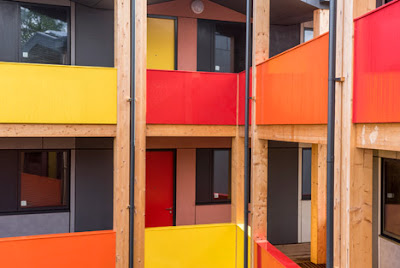