The Colors of Anchiornis huxleyi 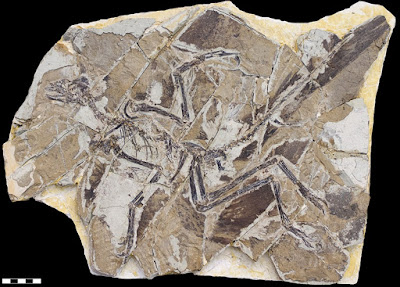 Back in 2010, some paleontologists announced that they had determined the colors of a Jurassic proto-bird, Anchiornis huxleyi. Working with the fossil above, they said they had identified melanosomes (pigment bodies) like those in modern bird feathers. In modern birds, the colors depend on the shapes of the melanosomes. Based on the shapes of the melanosomes, they deduced that the bird was dark gray, with white stripes on its wings and a red crest. 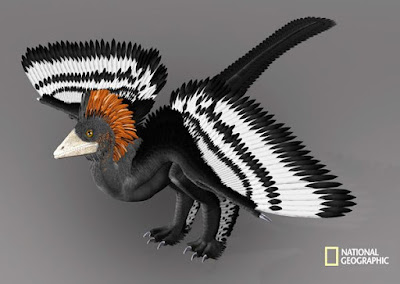 Like this. But some skeptics were not impressed; they said the "melanosomes" looked like bacteria to them. So another group of researchers extracted some of the little bodies in question, ground them up, and analyzed what they were made of. The results, they say, seem a lot more like chitinous melanosomes than bacteria. So maybe this color scheme is right after all. Which is an amazing thing to know about an animal that lived 161 million years ago. 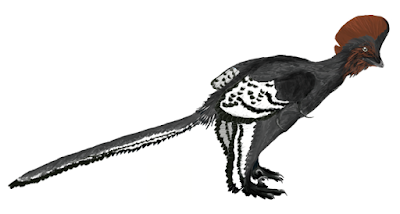