Back in the Field 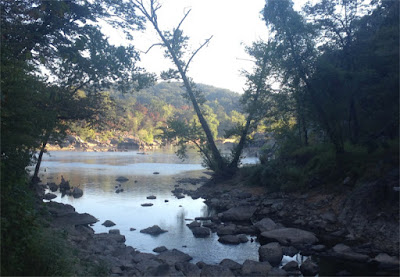 After a long summer of reports, proposals, and sundry management tasks, I was finally back out in the field this week at Great Falls Park. Above, view of the Potomac River from Difficult Run, early in the morning. 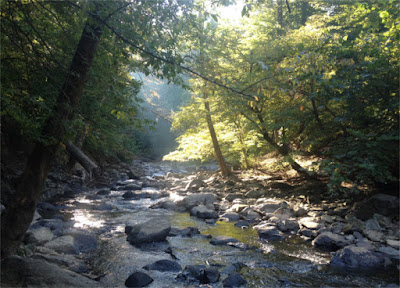 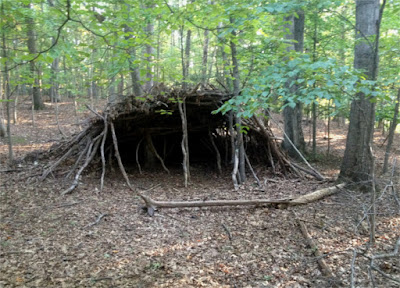 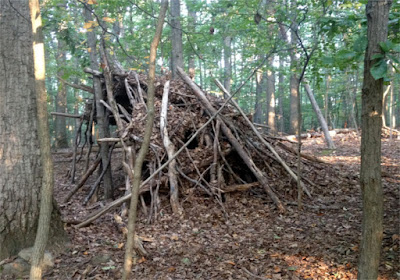 The interesting things one finds exploring in the woods. 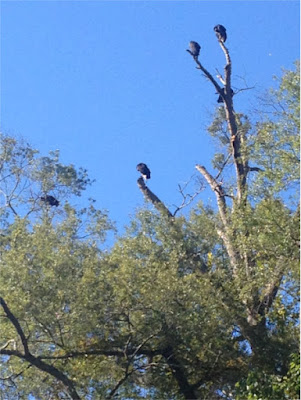 Vultures. When I arrived on the first morning at 7:00 AM, these were hopping around the picnic tables. I wonder if they ever harass picnickers. It's one thing to have a jackdaw begging for crumbs, but a turkey vulture would be unnerving. 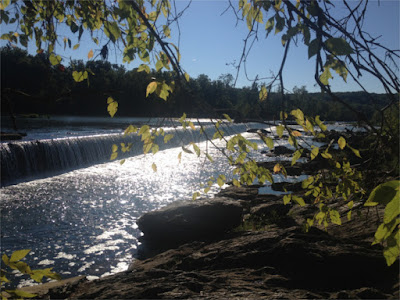 Aqueduct dam, which diverts water from the river for the city of Washington. It construction turned out to be a boon for Great Falls, because it took so much water out of the river that the consortium of top-hatted capitalists who had been planning to build a vast, water-powered manufacturing complex along the old canal gave up. 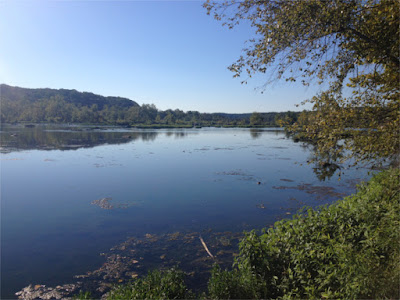 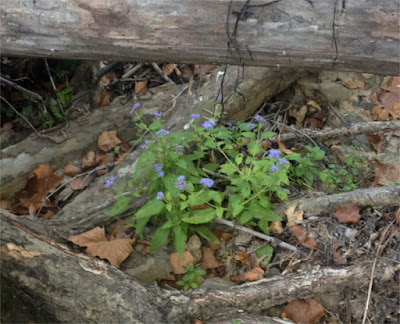 Wild argeratum, almost identical to the stuff that grows in my garden. 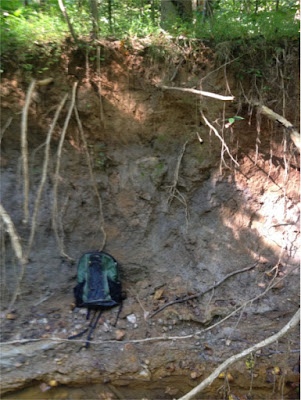 A little lesson in the soils of the Anthropocene Era. This is the eroding bank of a stream small enough to step across, in a very small valley. The light brown soil at the top all accumulated in the first 100 years or so of plow agriculture in this part of the world, roughly 1750 to 1850. That 2.5 feet (0.75 m) of soil was all washed off the surrounding slopes, likely a loss of at least half a foot (12 cm) and maybe more. Beneath the historic sediment is the dark line of a buried topsoil, and beneath that is the gray soil of an old swamp or marsh. 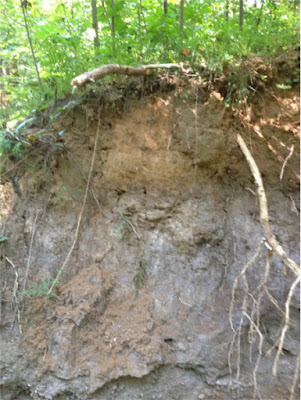 Another view. Remember that this is a tiny valley; there are rivers in eastern North America choked with 20 feet of soil that was originally loosened by plowing and then washed away; there are slopes in the Chesapeake region that lost 6 feet of soil during the era of careless plowing. It is important for archaeologists to recognize the effects of this, so that we don't waste time looking for sites in old swamps, or imagine that sites on eroded uplands have any integrity. 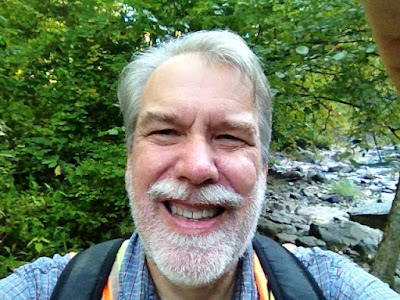