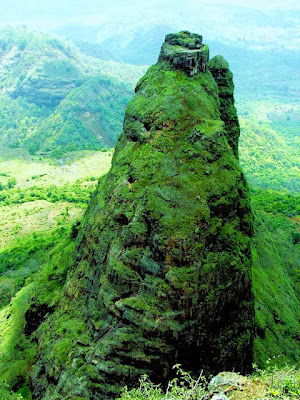 This mountaintop in India must be one of the most photographed yet least explained sites in the world. 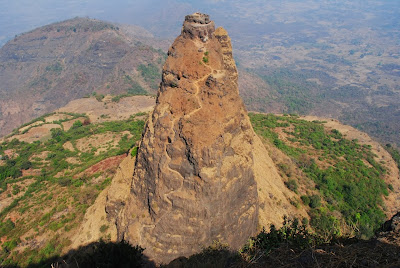 Kalavantin Durg -- Durg meaning fortress -- sits atop a rock pinnacle 300 meters (1000 feet) tall, close enough to the larger Prabalgad plateau that everybody who visits the fort at Prabalgad takes a picture. Brave souls climb up all those steps to the top. 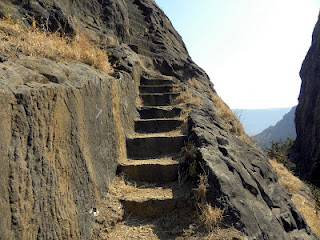 But in an hour of internet searching I have found out nothing about who built Kalavantin Durg, when, or why. Just about twenty copies of this same text:


This fort is just opposite to Prabalgad. It is also visible from Mumbai-Pune highway. According to stories, the fort was built for a queen named Kalavanti. Steps leading up to the fort have been cut into the rock face of the hill. From the peak of this hill you can see Matheran, Chanderi, Peb, Ershal, and Karnala forts, and also the Mumbai city. The Adivasi People of Machi-Prabal village observe the custom of dancing on every Holi (Shimga) Festival at the top of Kalavantin fort. These people have a long-standing relationship with this fort and it has become a part of their heritage.

Which is nice so far as it goes but really says nothing. The dating of the nearby Prabalgad is not helpful because it is one of those Indian hilltops that was first fortified in prehistoric times and rebuilt over and over down to the 17th century. The Western Ghats were a much fought-over region, especially in the 13th to 17th centuries CE, so a lot of people could have built this. 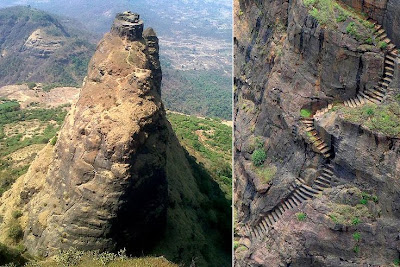 Atlas Obscura says the fort was built in 530 BCE as a lookout tower, but offers no evidence and no source. 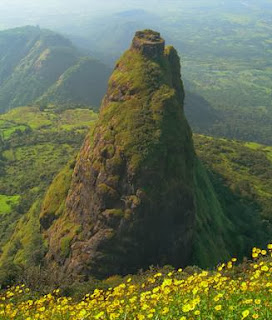 So I guess this one will have to remain a mystery for now.
Posted by John at 7:13 AM