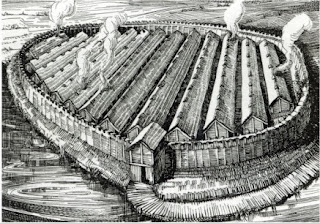 Biskupin is a famous archaeological site in Poland, a fortified lake settlement dating to between 750 and 500 BCE. The site was built on a boggy island and gradually sank into the lake, preserving an extraordinary amount of wood and other things. 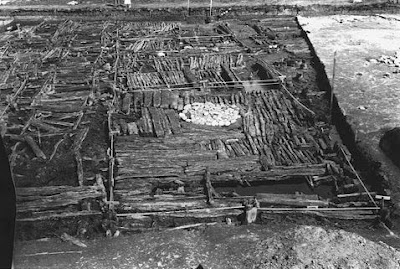 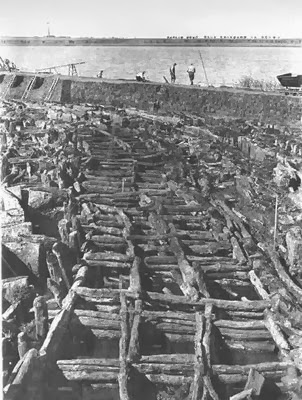 Excavations began in the 1930s. You can see in these pictures the amazing preservation , a jigsaw puzzle of wooden streets, buildings, and defensive walls. Directly above is the "box rampart" that formed the defense of the town; the wooden frame would have been filled in with earth. Behind is the berm built by the excavators to keep out the lake water during excavations. 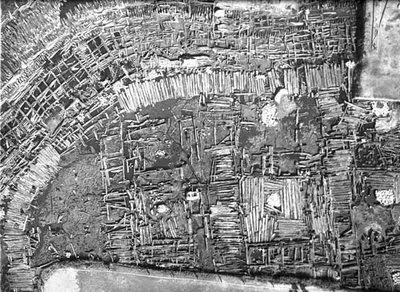 In this aerial image, taken from a balloon, you can see the box rampart and the street that ran just inside it arcing around from the lower left corner to the upper right; below are the remains of houses. The white circles are stone hearths, one to each house. 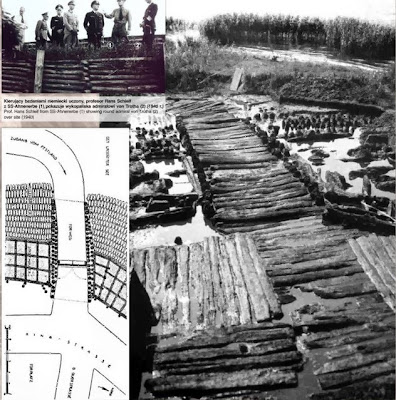 During World War II the Nazis liked the site so much that they declared it to be Germanic and continued the excavations:


The site was renamed "Urstädt", and excavations were resumed by an extraordinary branch of the SS called the ‘SS Ahnenerbe’. This was a unit of crack Nazi anthropologists and scholars, under the control Heinrich Himmler. They spent the war looting museums, art galleries and churches, as well as conducting excavations in pursuit of their Aryan ancestors, and later even turned their hand to a bit human experimentation. The Nazi perspective was that ancient Biskupin was a primitive Polish settlement overrun and rebuilt by superior Aryan culture.

Actually the site was part of the Lusatian culture, which occupied Poland and eastern Germany from around 1300 to 500 BCE. It thus spanned the late Bronze Age and the early Iron Age. These were farmers who knew how to ride horses. Biskupin dates to the Iron Age, when Lusatian culture was closely related to the Celtic Hallstatt culture farther west, and also to the Late Bronze Age of Scandinavia. Among other things Lusatian people had the habit of making offerings to the gods by throwing valuable items into lakes and rivers, or to the bottom of deep wells, and they practiced human sacrifice. 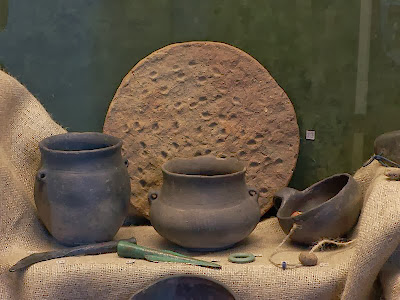 Above, Lusatian artifacts in a display at Sulkowski Castle, including one of the mysterious clay pancakes. 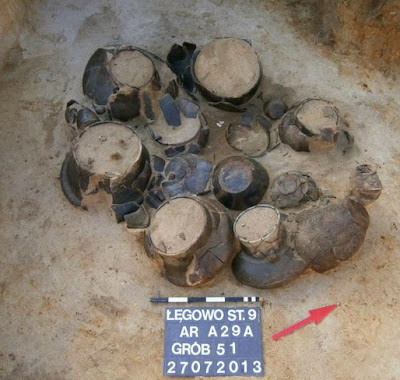 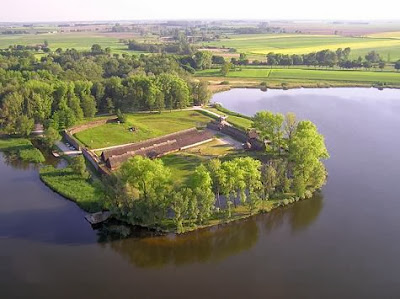 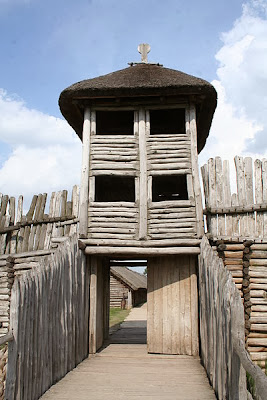 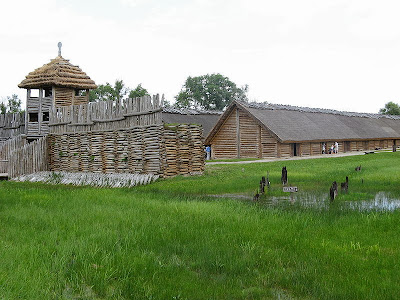 Excavations continued at Biskupin until 1974. Now the site has been partially reconstructed and serves as a tourist attraction. 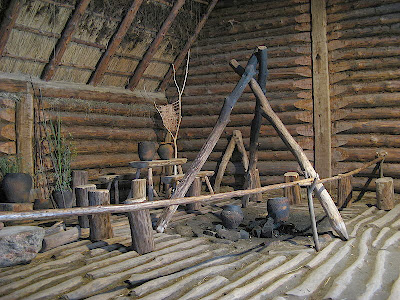 Reconstruction of a forge. 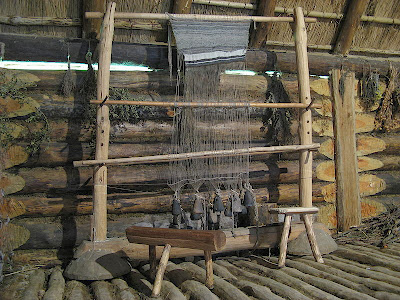 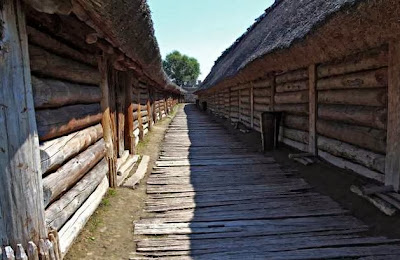 The most interesting thing to me about the site is the dense, highly planned, yet entirely equal layout. All of the houses were about the same size, 8 by 10 meters (25 by 35 feet) and none seems much nicer than the others, either. The inhabitants seem to have lived in families, and all the main female crafts are well represented. Each house has two rooms. The larger room has a stone hearth and served as the kitchen, dining area, and general center of home life. So the town was not a barracks, even though it has the look of one. Who planned it? Perhaps it was that rarest of historical phenomena, a democracy that could really get things done. The initial construction involved around 1200 large oak trees, and tree ring dating shows that most of the trees were cut down during the single winter of 738 to 737 BCE. Obviously the site was chosen and laid out for defense, so perhaps these people had recently been driven from their own homes by warfare; on the other hand perhaps they represent a colony of conquerors. After a century had passed and the first set of houses had sunk into the mire, the whole community was almost completely rebuilt and a second occupation ensued, much like the first. 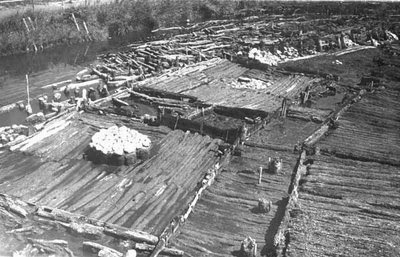 Above, a wooden street and, to the left, a house with a stone hearth.

Truly an amazing site, and a great place to experience a little of the Iron Age.
Posted by John at 6:48 AM

Now, there's a phrase for the ages.

Did they cook on them?

I have no idea. Online sources on Polish archaeology are pretty thin, at least in English or German, but since I found two references to these as "mysterious," I suspect there is no agreed upon answer. The one in that pictures looks pretty rough, so not an ideal cooking surface.

I think the Clay Pads are Hearths, because the floor is wooden clay is used as a base for hearths/ ovens.