Hallstatt and the Origins of Celtic Art 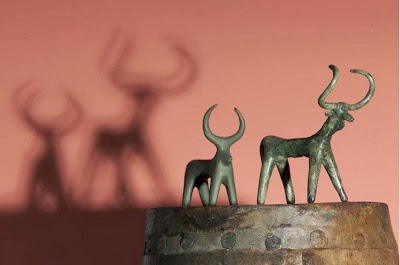 The Early Iron Age culture of central Europe is called Hallstatt. This famous culture is associated with the origins of Celtic civilization and is best known for its striking metallurgy. 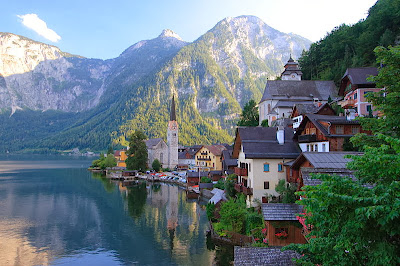 It takes its name from the small town of Hallstatt high in the Austrian mountains. 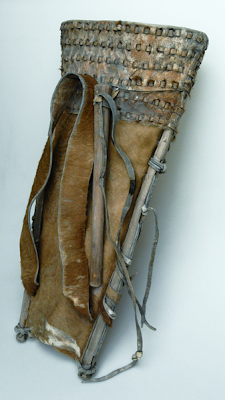 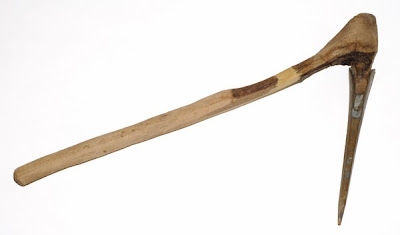 Hallstatt has been a major site for large-scale salt mining since around 1400 BCE, in the Bronze Age. Exploration of old mine tunnels buried in a great landslide of around 400 CE has produced many wonderful objects -- picks made of antler, bronze and iron, leather backpacks used to transport the salt to the surface, clothing, shoes, and more. 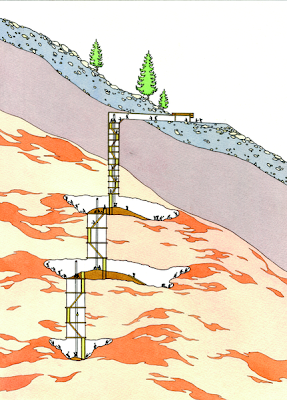 Diagram of the salt mines in the Hallstatt period, showing the scale. 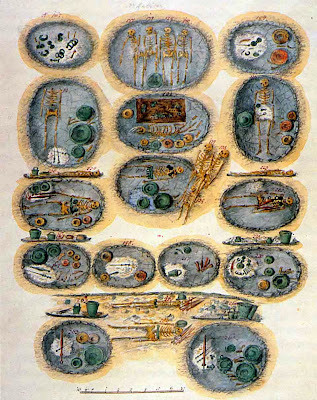 In 1846 a mining engineer named Johann Georg Ramsauer discovered a large cemetery in an inaccessible valley high above the mines, and over the next 30 years he excavated nearly a thousand burials. Ramsauer's excavations were models of careful technique for the time, and his finds quickly became famous. More burials are still being discovered in the valley, and archaeologists now think well over 4,000 people were buried there between 800 and 400 BCE. About half of the burials were cremations, and these produced most of the rich grave goods. There are no royal burials and valuable grave goods were found in more than a quarter of the graves, so the salt mines seem to have enriched much of the population. There are some differences between the early and late graves but the similarities across the whole period are more remarkable. 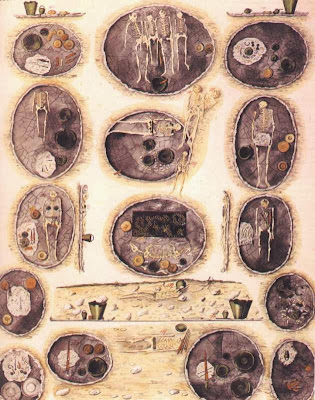 The burials, whether cremated or intact, were placed in oval pits lined with stones, and large stones were laid over the tops.No evidence of surface grave markers has survived, but since the burials hardly ever cut into each other, they must have been marked in some way. Ramseur never published his results, but he kept meticulous notes and had these wonderful watercolor paintings of the graves prepared by local artists. 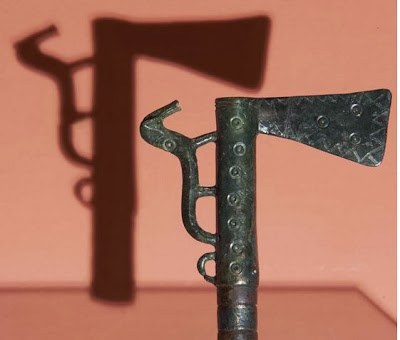 The fabulous finds from the burials were divided between the local museum in Hallstatt and imperial museums in Vienna. The Hallstatt Museum has a wonderful web site with many, many pictures of artifacts from both the salt mines and the cemetery, including the one at top and the ones above and below. 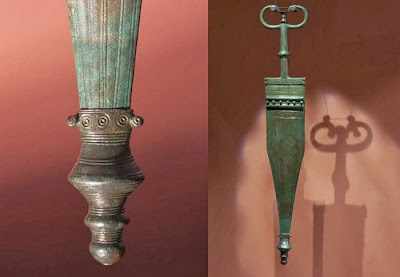 You can see some Greek or Etruscan influence on these pieces, but they are more closely related to the Bronze Age art of the preceding Urnfield culture. 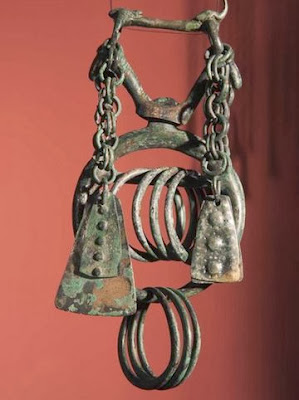 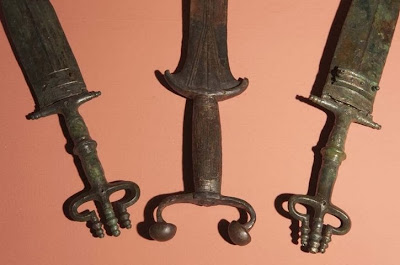