English Delftware of the Eighteenth Century 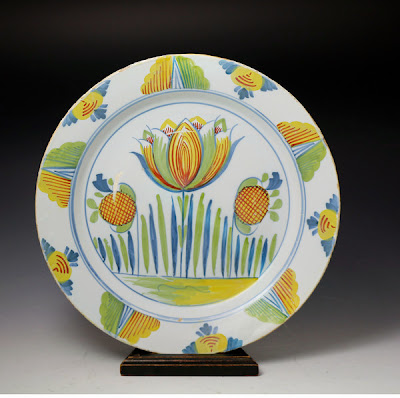 Delft is a city in Holland, where in the late 1500s they perfected a local style of the tin-glazed earthenware made all over Europe. In the 1600s English potters learned how to do this, but they continued to call their versions "Delftware." Over the summer we found a bunch of small fragments of these dishes on a couple of different colonial house sites. I am posting these pictures partly for my crew and other North American archaeologists, since we rarely get a look at what a whole dish of this fragile stuff looked like. Of course these are nicer pieces -- like most dishes anybody bothered to keep around for centuries -- but Delftware was a cheap substitute for porcelain, not an elite thing, and vessels like these were imported to America. All of these pictures are of vessels that are currently for sale at John Howard Antiques. Above, a plate of ca. 1700. 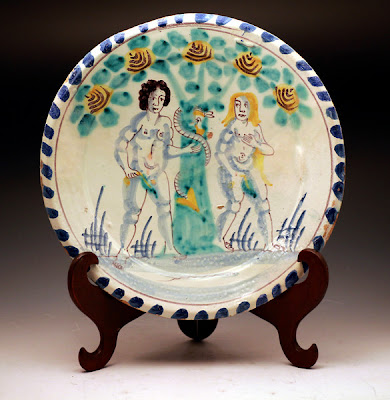 Adam and Eve plate from Bristol. 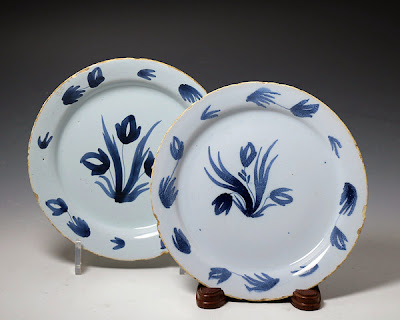 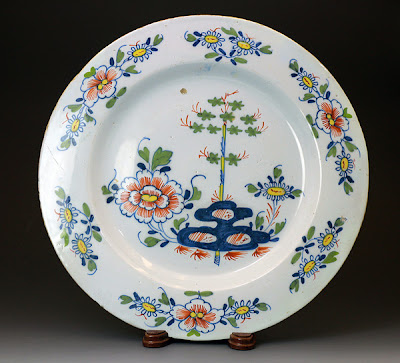 Interest in Chinoiserie, or Chinese-influenced designs, peaked between 1740 and 1760, which is probably the date of this plate. 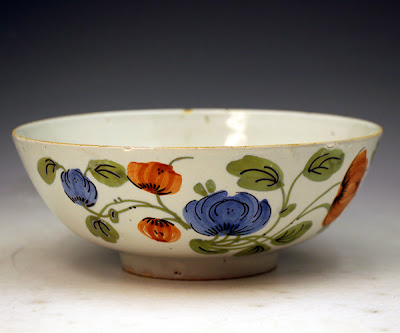 Large bowl made in Liverpool; this is the most common vessel form on archaeological sites around the Chesapeake Bay. 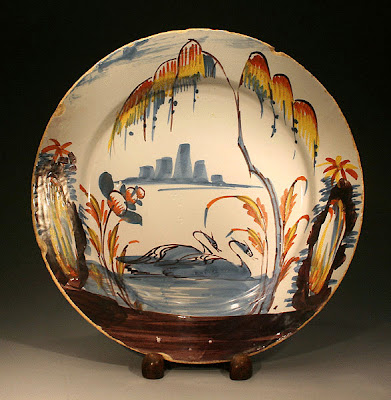 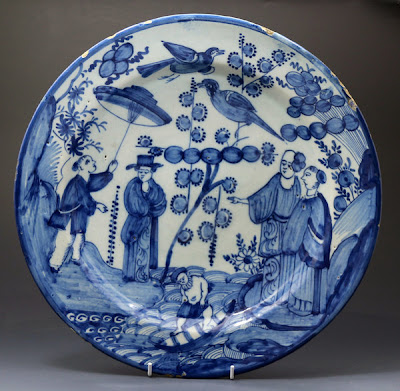 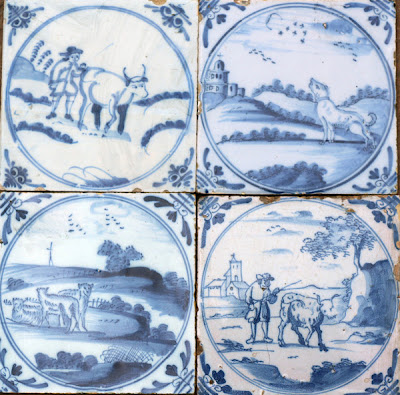 Tiles, 1700-1750. A Dutch specialty, these were  not as common in England but they were made, and some were imported to America. 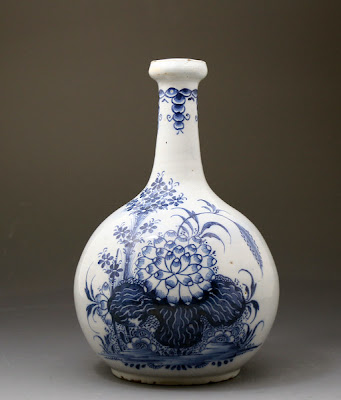 A water bottle, a form I have  personally never found  in the ground. 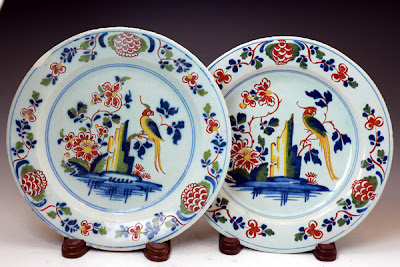 Two mid-eighteenth-century plates from the Lambeth Pottery in London.
Posted by John at 6:24 AM