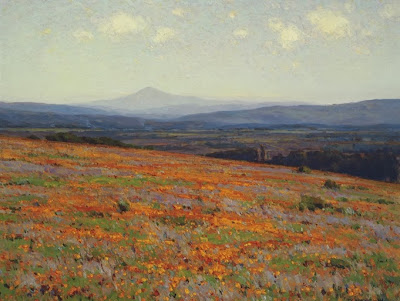 William Wendt was one of the leaders, and some say the founder, of the California Impressionists. He was born in a small Prussian town in 1865 and became a cabinet-maker’s apprentice before immigrating to America at the age of fifteen. Wendt joined an uncle in Chicago, where he attended school and began working as a commercial artist. (Cup of Gold, 1901) 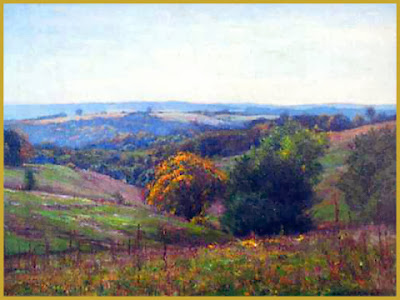 After taking an evening class at the Art Institute of Chicago, Wendt began painting  in his spare time. He always worked outside -- excuse me, au plein air -- and painted almost exclusively landscapes. In 1893 he won the Yerkes prize in the Annual Society of Chicago Artists Exhibition, and the resulting business allowed him to paint professionally. (Vibrant Spring) 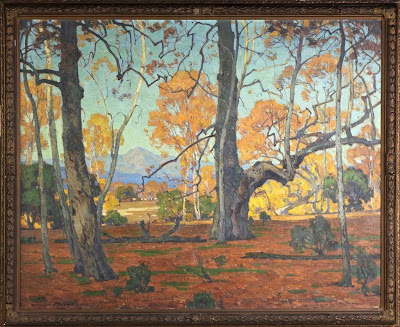 Wendt first traveled to California in 1894 and was captivated by the landscape. He went back in 1896 and after that almost every year until 1906, when he finally abandoned Chicago and moved to Malibu. (Patriarchs of the Grove) 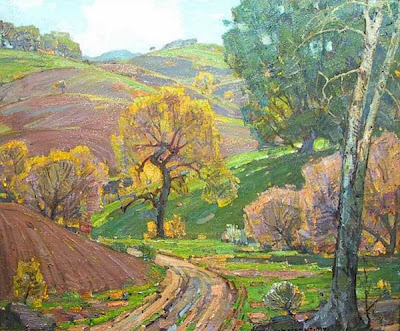 Wendt became a California fixture, first president of the California Art Club and a big promoter of other California artists. He was also a leader of the California Theosophical Society, and he always said that the purpose of his art was to show the action of God in the landscape. 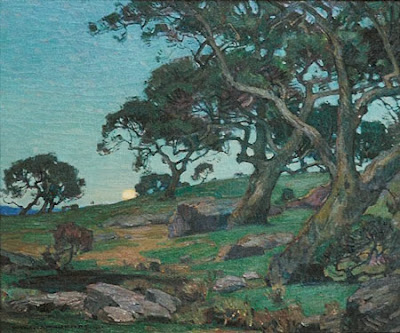 According to Nancy Moore, Wendt was


carving out the underlying structure of the mountains, delighting in the folds of the earth. . . . His colors also moved away from the organic to stronger and purer tones; for a period he seems fascinated with a brilliant green. . . .These changes can be interpreted as personal growth or an attempt to update his style. 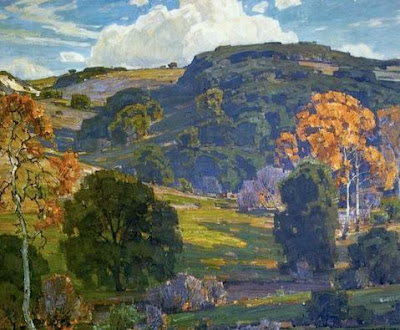 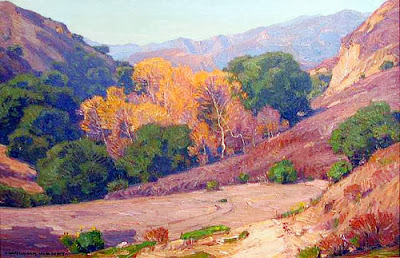 This sort of work is hugely popular right now, and what you find if your search for Wendt's paintings is notices of new record prices set in auctions and galleries advertising to buy any Wendt works that might be hanging around your grandmother's house. (In Laguna Canyon, 1918) 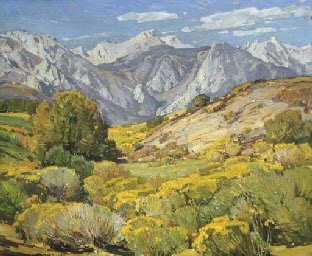 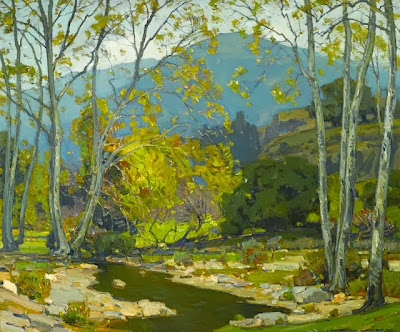 Here's an interesting historical curiosity, Wendt's view of California around 1910:


Here, away from the conflicting creeds and sects, away from the soul-destroying hurly-burly of life, it feels that the world is beautiful; that man is his brother, that God is good.

Yes, Los Angeles was once "away from the hurly-burly." Perhaps that is what people who collect Wendt's paintings are really trying to recapture. (Quiet Brook, 1923)

Related: Guy Rose and California Impressionism.
Posted by John at 6:40 AM