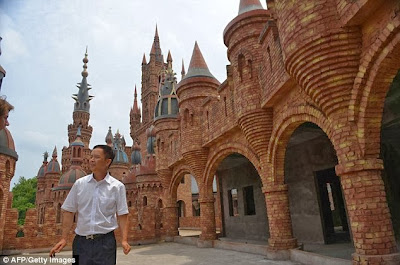 Chinese millionaire Liu Chonghua likes castles. He has already built seven and says he wants to built ninety-three more, to end up with a round hundred. 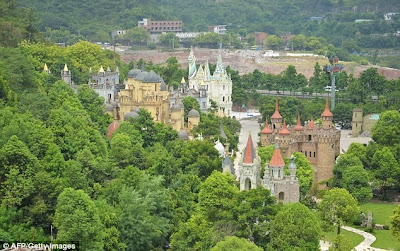 Chonghua grew up in a poor family in the southwestern city of Chongqing, and during the Cultural Revolution he was sent like thousands of other city-dwellers to live with peasants and dig irrigation ditches. After Deng's reforms he launched a catering business and made a fortune as the "king of cakes." 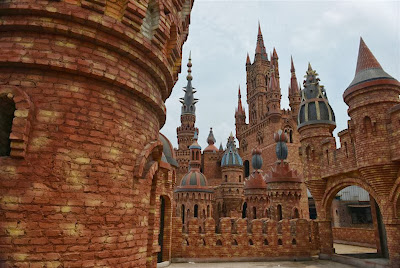 Now he has spent more then one million yuan ($16 million) on his castles. He said: 'I don't have any hobbies except for planting trees and building castles. When I was a child I heard stories about princes and castles. I wanted to turn the castles of dreams into something real.' 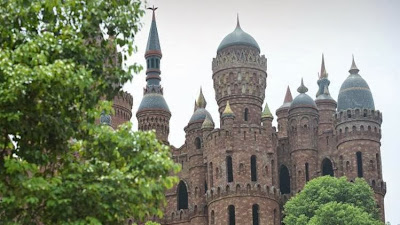 The castles are popular with Chinese tourists, but not with the local government, which says they are eyesores and should be torn down. 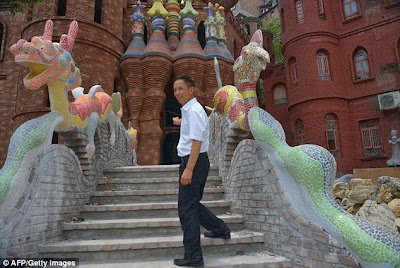 Among his influences Chonghua lists the Bavarian castles of Mad King Ludwig, the castles of the British royal family, the Chateaux of the Loire Valley, and the architecture of Antoni Gaudi -- you can see Gaudi's influence in the picture above. 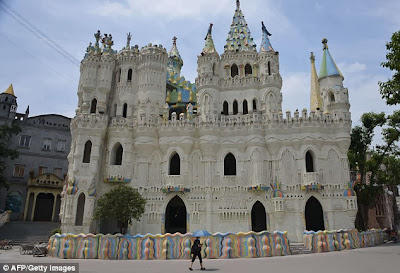