Rice Paddies and the Anthropocene Era 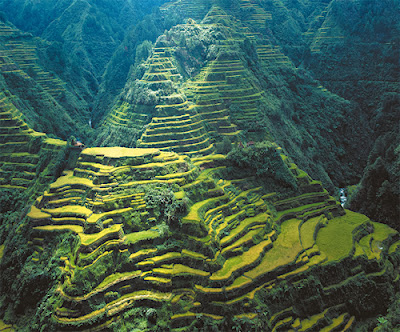 New evidence has come from air bubbles in the Antarctic ice showing that humans have been affecting the earth's climate for at least 5,000 years. Around that time, the amount of methane in the trapped air increases, and since methane is a powerful greenhouse gas, this might have warmed the planet. The current leading candidate for the source of the methane is rice paddies in Asia, since they are known to be powerful methane sources and we think wet rice agriculture first became a big deal around that time.

I won't express any particular opinion about this one finding, for my usual skeptical reasons. But it is one more piece of evidence among many that humans have been profoundly changing the planet for thousands of years. For thousands of years we have been clearing forests, setting massive fires, plowing the soil, spreading our favorite crops and the weeds that live with them, wiping out other animal species, cutting irrigation canals, damming streams, draining swamps, dredging harbors, fertilizing fields, building cities, mining metals, and more. The industrial revolution did not begin this process but only advanced it to a new level. This is our planet now, one that we have made just as surely as it made us, and to pretend that our actions do not matter is foolish and wrong.
Posted by John at 7:33 AM