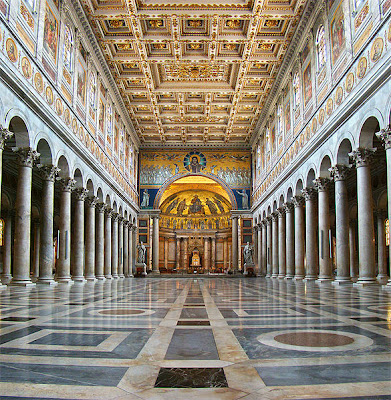 The Basilica of Saint Paul outside the Walls is in Rome, on the site of what may or may not be Saint Paul's tomb. There have been churches here since the 4th century and some of the fifth-century fabric survived into the nineteenth. The basilica was rebuilt in the twelfth century as a Romanesque showplace and it was long one of the most famous works in that style. Then in 1823 it was largely destroyed in a catastrophic fire. It was rebuilt as a sort of pastiche of surviving Romanesque elements, Romanesque elements that had been sensitively restored or rebuilt, and nineteenth-century neo-baroque. In the nave, the ceiling and floor are entirely 19th-century, the mosaics around the apse were faithfully restored to their medieval appearance, and the walls are a mishmash. I hate the 19th-century facade, so you'll have to look elsewhere for a picture of that. 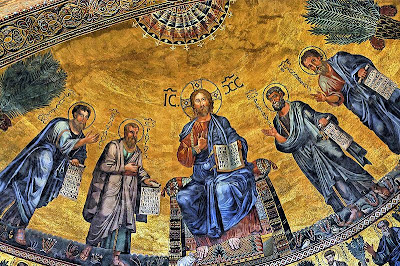 Closer view of the restored apse mosaic, completed in 1220. 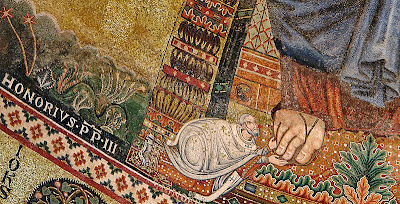 Portrait of Pope Honorius III, responsible for the rebuilding, included in the apse mosaic at the foot of Jesus. 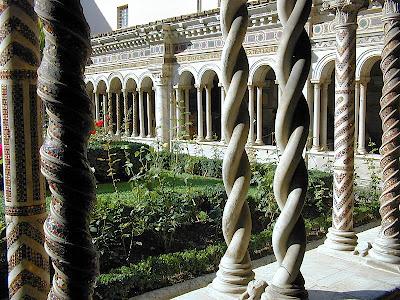 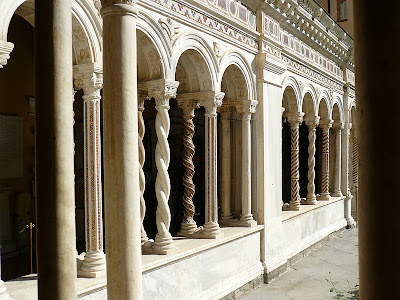 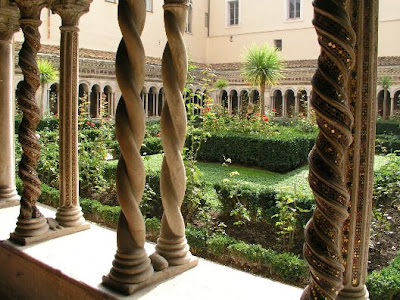 The wonderful cloister, built in the early 13th century and largely original. 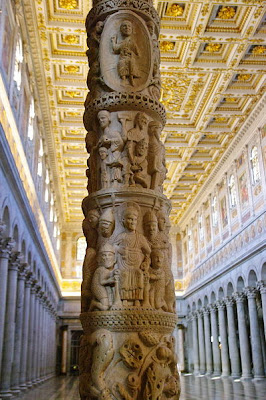 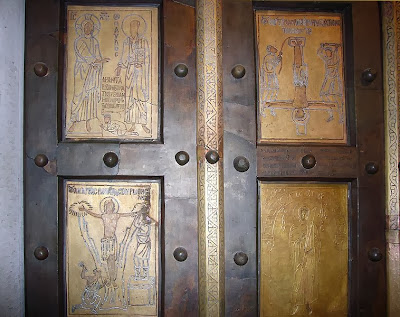 The "Byzantine doors," which were reconstructed in the 19th century using copper plates from the original doors, made in Constantinople in the 11th century. 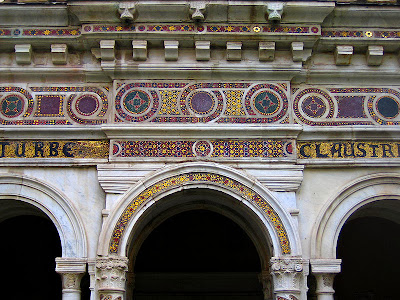 Wall in the nave. 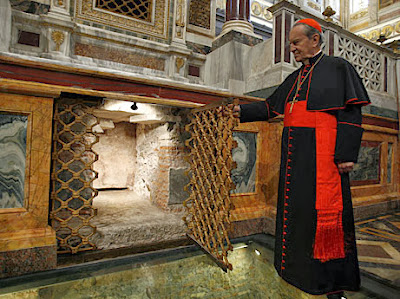 As I said, the basilica is supposed to have been built over Saint Paul's tomb. Some archaeology was done in the nineteenth century, but it left a legacy of confusion and accusations of fraud. So in the early 21st century the church sponsored a new excavation of the church. In 2006 there was much news about the discovery of a marble sarcophagus under the main altar. The Vatican's archaeologists could only say that this dated to around 390 CE, and that the body inside was believed at that time to be St. Paul's. So even if this is not actually St. Paul, it has been venerated as his tomb for 1630 years, which is fairly impressive in its own right. Above is the exposed piece of the sarcophagus pilgrims can now see in the basilica.

For this to be the actual remains of Saint Paul, one has to assume that the Christian community of Rome maintained the memory of the burial place through 250 years of intermittent persecution, factional infighting, and so on. I find this plausible; after all, it is through ritual that people remember best, and no doubt Rome's Christians incorporated visits to the tomb into their liturgical year.
Posted by John at 7:38 AM