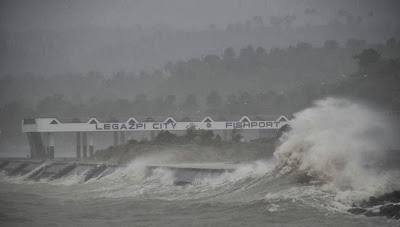 Typhoon Haiyan astonished forecasters by making landfall in the Philippines with maximum sustained winds of around 195 miles an hour (315 kph), challenging the record for hurricane wind speed over land. Gusts were well over 200 mph. Not surprisingly, whole neighborhoods seem to have blown away, and others were swept away by a 10-foot (3m) storm surge that roared in like a tsunami. More than a thousand are feared dead. The only good news is that because the storm was moving so fast it didn't have time to dump all that much rain, so there won't be many of the awful landslides that are the usual bane of Philippine storms. 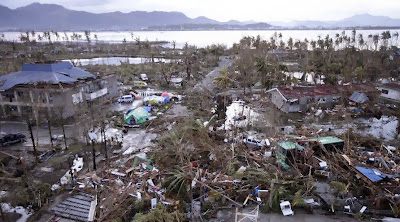 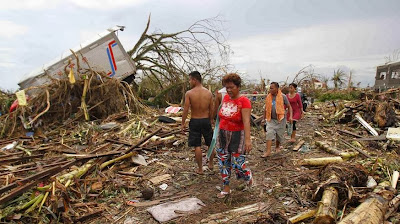 Incidentally, the unofficial champion storm for wind speed was Hurricane Camille, which probably had sustained winds of 200 mph, but this is not certain because the storm destroyed all of the wind-measuring devices in the landfall zone.
Posted by John at 4:56 PM