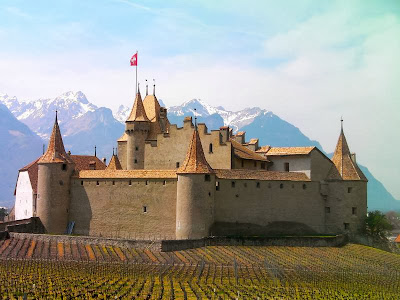 In the most French part of Switzerland, at the mouth of the Ormonts Valley overlooking Lake Geneva, stands Château d'Aigle, a perfect medieval fairytale castle. It's name means "Eagle," and its first residents were the Chevaliers d’Aigle, which just entered my list of the most improbably cool historical names. 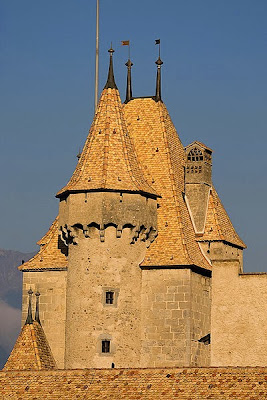 The castle originated as a simple stone keep built around 1200. At first the Chevaliers d’Aigle were effectively independent, but they soon became vassals of the Counts of Savoy. 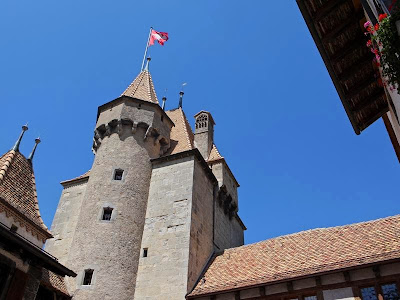 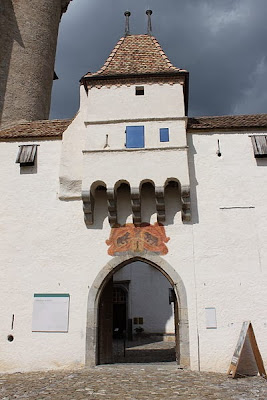 The castle was enlarged over the years. The outer walls were probably built in the 14th century by the family Oberlond, Lords of Compey, whose arms are painted over the front gate. They were also vassals of Savoy. 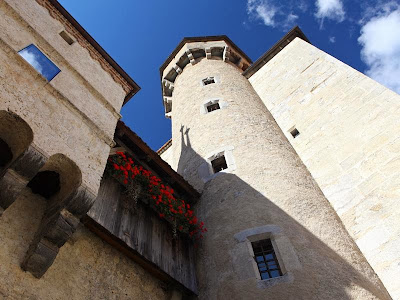 By 1475 the castle had fallen, like so much of the German-French border country, to the Dukes of Burgundy. It thus ended up on the front lines of the long war between the Dukes and the independent towns of Switzerland. In 1476 German-speaking Swiss soldiers swarmed over the mountains into the upper end of the valley, taking the castle by surprise and seizing it with a sudden assault. Thus it became, says the castle's web site, the first French-speaking part of the Swiss Confederation. 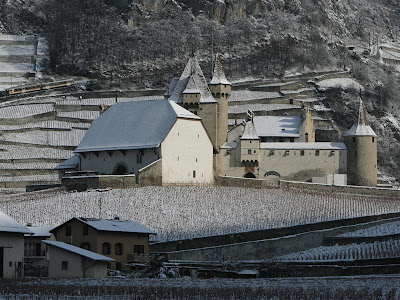 It was administered at first by the free city of Bern, which rebuilt the castle's residential quarters to serve as the home of its governor. Besides the walls, much of what you see today was built by the Bernese between 1476 and 1500. (The large structure in front of the castle in this picture is a 15th-century tithe barn.) 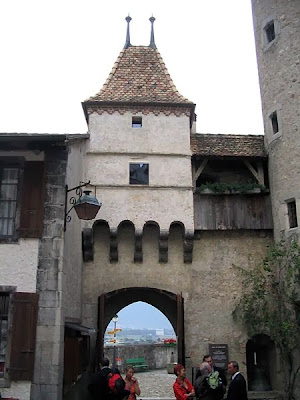 The castle was never abandoned, serving variously as an official residence, administrative building, and jail. In 1900 it was purchased by the town of Aigle as a historical monument. In the 1970s it was partially reconstructed, and today it houses the Museum of Wine. 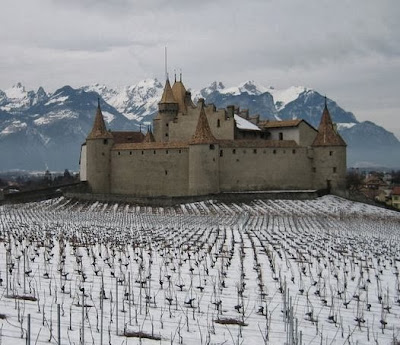 So, not a terribly exciting history. But look at it!
Posted by John at 4:55 PM