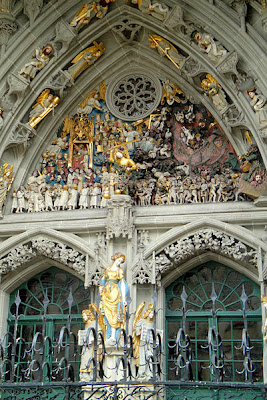 Bern Minster is a masterpiece of the late Gothic, built in 1421 to 1575. Bern experienced a terrible fire in 1405 that destroyed much of the city, and as in London this created the opportunity to rebuild the main church in an up-to-date style. By 1421 Bern was an effectively independent city with regalian rights -- that is, the rights and privileges that were held by kings -- and it had finally, after centuries of struggle, gained complete control of its own churches. (For centuries the main church was legally the sub chapel to a tiny church owned by an Augustinian friary in Köniz, and the townspeople fought several wars against their bishop.) The Bernese set about building a church worthy of their new wealth and power, and the result is the most famous Gothic church in Switzerland. 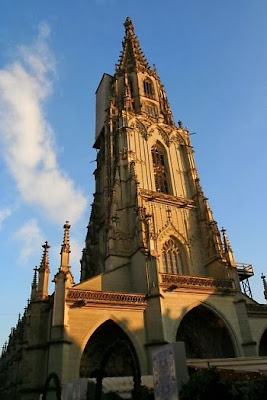 The outside of the church is nothing special, and the view is dominated by a tower that was not completed until 1893. 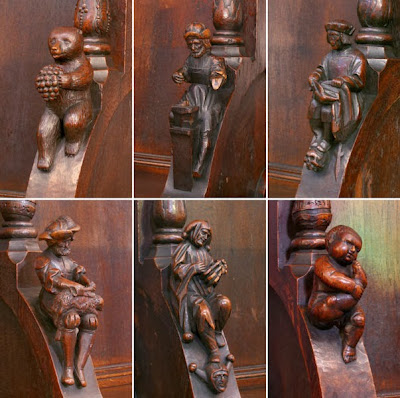 The remarkable thing about the church is the many marvelous details. These figures are carved on the sixteenth-century choir stalls. 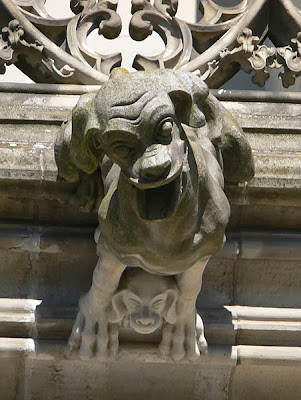 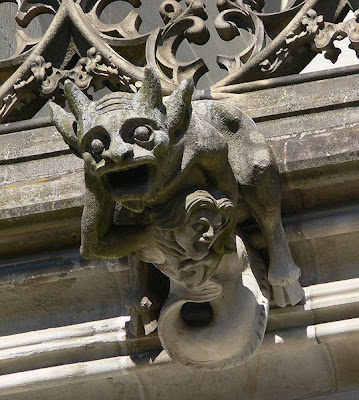 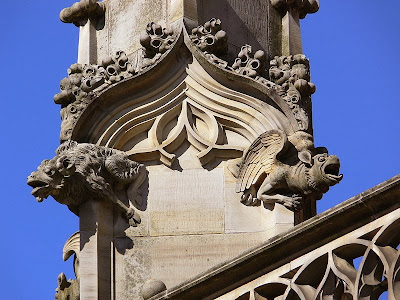 Some of the many wonderful gargoyles. 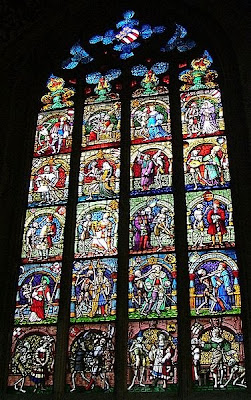 Most of the stained glass was installed in 1441-1450, including the famous Dance of Death Window. 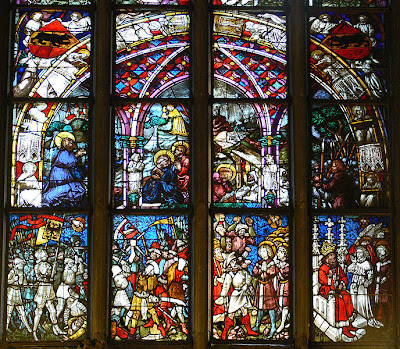 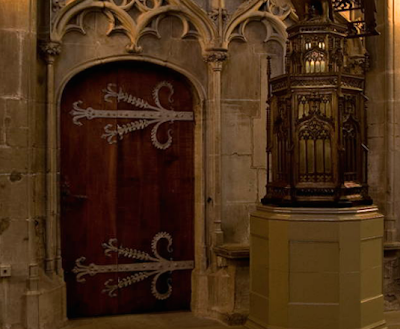 You all know I can't resist a door like this one. 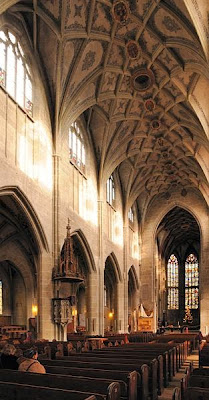 In 1528 Ulrich Zwingli preached in the church, and as a result the whole city converted to Protestantism. Much medieval ornamentation was removed from the church interior, leaving the choir looking like this. 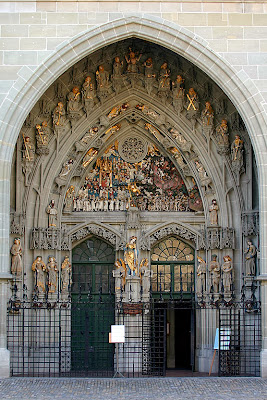 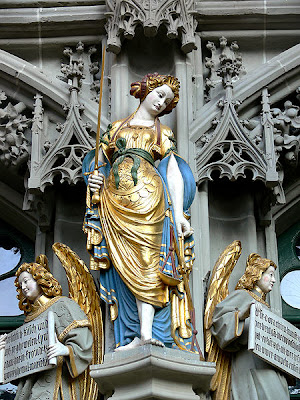 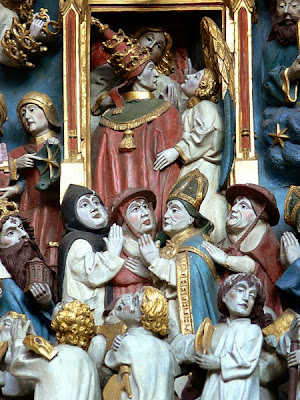 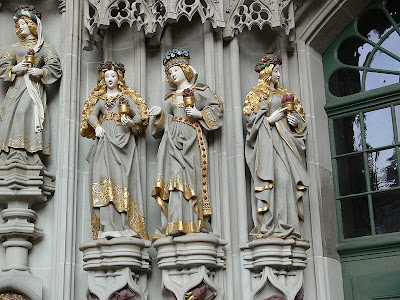 But this was Switzerland, after all, so nobody got too worked up about it, and everything that was not completely contrary to scripture remained. The iconoclasts did not touch the remarkable Last Judgment over the main entrance, and such is the Swiss attention to detail that even the painting has been kept up. (Many more pictures at wikimedia.) 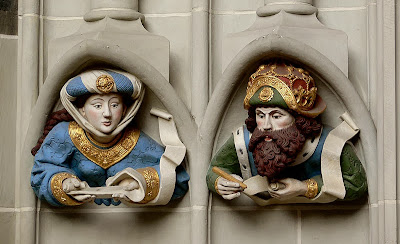 Solomon and the Queen of Sheba watch the judging, rather like onlookers at the State Fair. 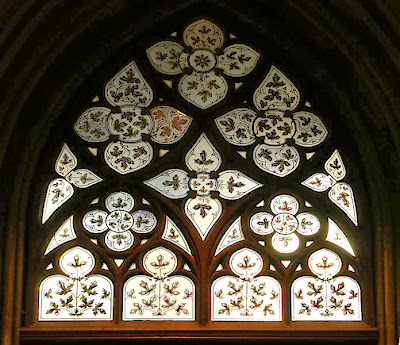 Since the Reformation nothing whatsoever has happened in Switzerland, so the church has remained in astonishing condition.
Posted by John at 7:33 AM