The Bizarre Criminality of Soviet Whaling 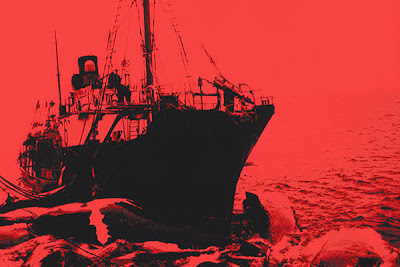 For forty years, from 1946 to 1986, the Soviet Union defied the world and illegally harvested tens of thousands of whales. But as Charles Homans explains, there was something weirdly, horrifically Soviet about this assault on nature:


Environmental crimes are, generally speaking, the most rational of crimes. The upsides are obvious: Fortunes have been made selling contraband rhino horns and mahogany or helping toxic waste disappear, and the risks are minimal—poaching, illegal logging, and dumping are penalized only weakly in most countries, when they’re penalized at all.

The Soviet whale slaughter followed no such logic. Unlike Norway and Japan, the other major whaling nations of the era, the Soviet Union had little real demand for whale products. Once the blubber was cut away for conversion into oil, the rest of the animal, as often as not, was left in the sea to rot or was thrown into a furnace and reduced to bone meal—a low-value material used for agricultural fertilizer, made from the few animal byproducts that slaughterhouses and fish canneries can’t put to more profitable use. “It was a good product,” Dmitri Tormosov, a scientist who worked on the Soviet fleets, wryly recalls, “but maybe not so important as to support a whole whaling industry.”

This was the riddle the Soviet ships left in their wake: Why did a country with so little use for whales kill so many of them?

If you know anything about the Soviets, you have already guessed the answer:


The Soviet whalers, [Russian biologist Alfred] Berzin wrote, had been sent forth to kill whales for little reason other than to say they had killed them. They were motivated by an obligation to satisfy obscure line items in the five-year plans that drove the Soviet economy, which had been set with little regard for the Soviet Union’s actual demand for whale products. “Whalers knew that no matter what, the plan must be met!” Berzin wrote. . . .

Whaling fleets that met or exceeded targets were rewarded handsomely, their triumphs celebrated in the Soviet press and the crews given large bonuses. But failure to meet targets came with harsh consequences. Captains would be demoted and crew members fired; reports to the fisheries ministry would sometimes identify responsible parties by name.

The strangeness of a world in which so much is done to satisfy the arbitrary demands of authority never ceases to amaze me.
Posted by John at 7:45 AM