To Avoid Allergies, Grow up on a Farm 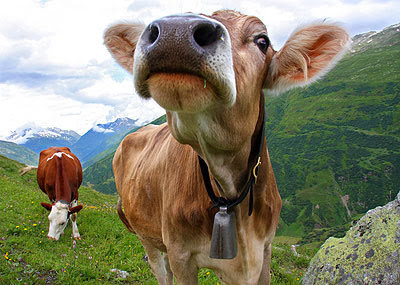 More data is coming in that shows farmers, and especially dairy farmers, suffer much less from allergies than the rest of us:

About half of Americans have evidence of allergic sensitization, which increases the risk of allergic disease. But judging from skin-prick tests, just 7.2 percent of the 138 Amish children who Dr. Holbreich tested were sensitized to tree pollens and other allergens. That yawning difference positions the Indiana Amish among the least allergic populations ever described in the developed world.

The difference isn't due to genetics, since the Amish came from a part of Switzerland where modern city dwellers suffer just as much as city dwellers in America. The different is that almost all Amish either live on a farm with lots of animals or visit one frequently.


Since the late 1990s, European scientists have investigated what they call the “farm effect.” The working hypothesis is that innocuous cowshed microbes, plant material and raw milk protect farming children by favorably stimulating their immune systems throughout life, particularly early on. That spring morning, Dr. Holbreich gave me a tour of the bonanza of immune stimuli under consideration. . . .

Whatever forces were acting here, they were chronic, and they began before birth. As the sun rose, Dr. Holbreich and I sniffed the damp, fermented feed (slightly malty); shoveled fresh cow manure (“Liquid gold,” Dr. Holbreich said only half-jokingly, “the best medicine you could think of”); and marveled at the detritus floating in the air. Extrapolating from previous research, with each breath we were inhaling perhaps 1,000 times more microbes than usual. By breakfast time, grime had collected under our nails, hay clung to our clothes, and muck to our boots. “There’s got to be bacteria, mold and plant material,” Dr. Holbreich said. “You do this every day for 30 years, 365 days a year, you can see there are so many exposures.”

Not that all exposures necessarily help, since other research has shown that living in a dirty, roach-infested urban apartment makes kids more susceptible to allergies.

Incidentally, moving to a farm now probably won't help you; it is exposure in infancy and childhood that matters, and perhaps even more the exposure of your mother while you are in the womb.
Posted by John at 12:14 PM