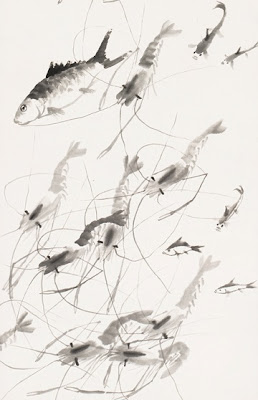 Qi Baishi (1864-1957) was one of 20th-century China's most prominent painters. His birth name was Qi Huang, and Baishi (white stone) was one of his several pseudonyms.  Above is a detail from one of his most famous works, Fish and Shrimp. 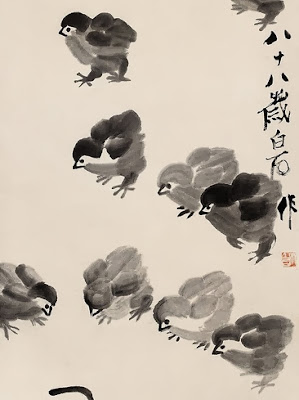 Baishi was a peasant from Xiangtan and in his youth he worked as a carpenter. He was largely self taught in painting and calligraphy, working from an old book called Manual of the Mustard Seed Garden. He worked on a small, local scale until he was nearly 40, at which point he began to travel and study and came into contact with the art world of Shanghai. This of course made him a hero to China's revolutionaries, both Nationalist and Communist, and after 1911 he settle in Beijing and became a public figure. In 1953 he became president of the Association of Chinese Artists, the highest honor the regime could bestow. 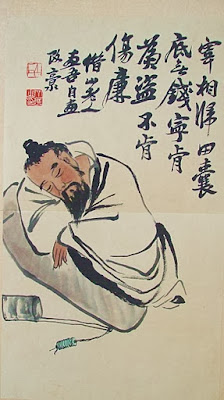 Baishi has a distinctive style, closely rooted in Ming Dynasty work but with a somewhat whimsical, cartoonish bent. "Flip" is a word I might apply to many of his paintings. 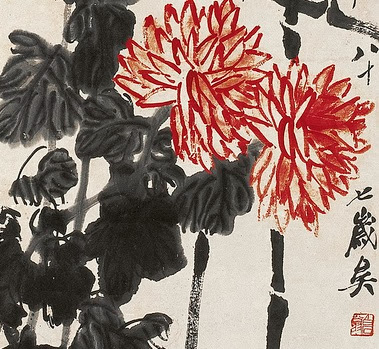 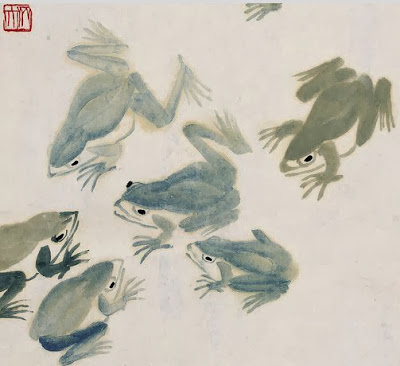 Baishi is very much loved in China, and prints of his work hang in many humble Chinese homes. Calendars of his paintings are best sellers. 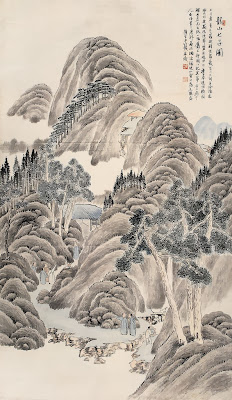 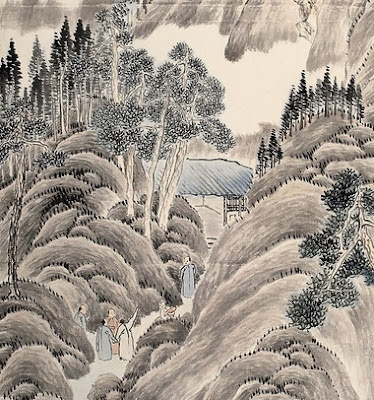 Baishi has been in the news lately because Chinese forgers have been producing many -- possibly thousands -- of works in his name. The highest offer ever made at auction for a Chinese painting, $65 million, was made for one of his works, but it has never been paid because the work in question may not be authentic. According to one estimate, Baishi produced 8,000 works in his lifetime, but more than 25,000 works with his signature are now in circulation. 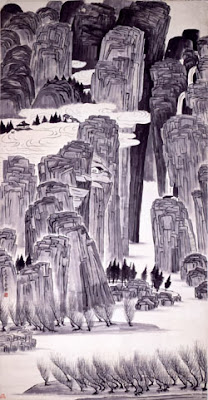 During the wreckage that the cultural revolution worked on China's museums and private art collections, the paper trails needed to authenticate these works were erased. So it is very difficult to know what is really by Baishi and what is not. 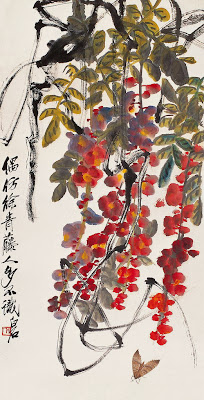 Large selection of his works at the China Online Museum. 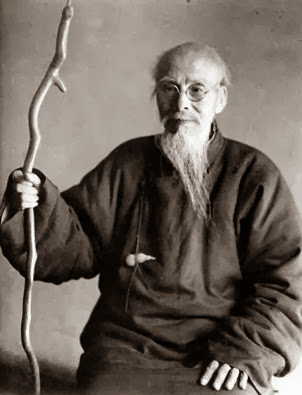 Doesn't he look exactly like your idea of a Chinese communist artist?
Posted by John at 7:38 AM