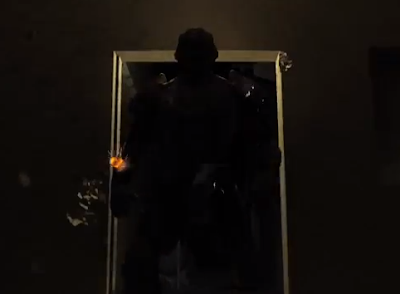 The US Army is developing Iron Man suits for special forces soldiers:


The Tactical Assault Light Operator Suit, or TALOS, will deliver “superhuman strength with greater ballistic protection” by providing a powered exoskeleton to haul heavier equipment, liquid armor capable of stopping bullets, built-in computers and night vision, as well as the ability to monitor vital signs and apply wound-sealing foam. Put together, the capabilities would make the already elite Special Operation Forces nearly invincible in the field, says the Army.

“[The] requirement is a comprehensive family of systems in a combat armor suit where we bring together an exoskeleton with innovative armor, displays for power monitoring, health monitoring, and integrating a weapon into that — a whole bunch of stuff that RDECOM is playing heavily in,” said Lt. Col. Karl Borjes, a U.S. Army Research, Development and Engineering Command (RDECOM) science adviser, in a statement.

Is this really a good idea? Imagine what a few terrorists with those suits could do.
Posted by John at 6:22 AM

this has been imagined already by hollywood, and yes the results are ugly. it's no stretch to consider that since drones and other tech we assume to be used on "others" (never ourselves) IS actually being used on US citizens, then we really do have to prepare for the day when our 'security' forces are so-equipped, and they won't hesitate to put us in our places.