Drought and the Bronze Age Crisis; or Climate Change and History 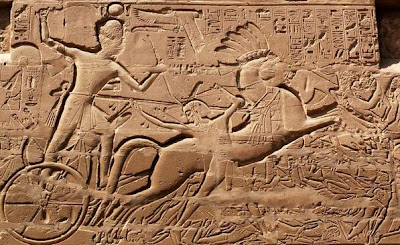 Lots of news accounts this week about a publication by Israel Finkelstein and colleagues of a detailed pollen core from the Sea of Galilee. The core provides data on the vegetation, and therefore the climate, across the whole Bronze and Iron Ages. (You can read the article here.) The main finding is that the period of upheaval at the end of the Bronze Age, around 1250 to 1100 BCE, corresponds with the driest period in the record. This has led to a lot of overblown rhetoric about the importance of climate change in history; Finkelstein himself said, "Understanding climate is key to understanding history." 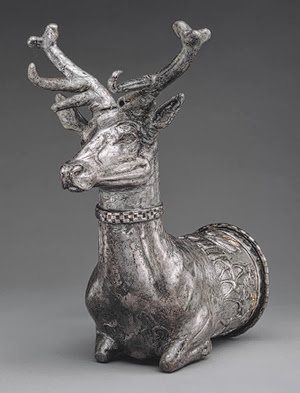 There certainly was a crisis at the end of the Bronze Age, and Finkelstein described it quite well in the press release that accompanied the article:


In a short period of time the entire world of the Bronze Age crumbled. The Hittite empire, Egypt of the Pharaohs, the Mycenaean culture in Greece, the copper producing kingdom located on the island of Cyprus, the great trade emporium of Ugarit on the Syrian coast and the Canaanite city-states under Egyptian hegemony – all disappeared and only after a while were replaced by the territorial kingdoms of the Iron Age, including Israel and Judah.

Archaeologists have been trying to explain the crisis for a long time, and since some contemporary records mention droughts, that has long been a favored candidate. But the relationship between climate change and civilization is complicated, and there is no simple way to get from crop failures to the many different events that took place in the period. Finkelstein et al. admit in this paper that there was no sign of any climate event during the equally severe political crisis of 2500 to 2400 BCE.

Another problem with this approach is that farming in Egypt does not depend on local rainfall. It depends on the Nile River, which is fed by rains in central Africa and the Ethiopian highlands. Were there droughts in those places, too? That would be weird, since a drought in one climate zone (e.g., the eastern Mediterranean) usually means more rain someplace else. (Surely somebody is already writing a grant proposal to look into this: Long Distance Effects of Local Climate Change.) 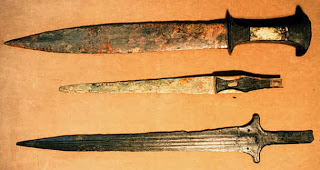 What's more, if we were really only talking about a drought, then things after the drought ought to have returned to the way they were before it. But as Finkelstein says, they did not. Instead we got the small kingdoms and city states of the Iron Age, which were assembled into vast empires by the Assyrians, Persians, Greeks, and Romans. How does a drought explain that? How does a drought explain the development of iron technology, which upended the economy, leading to the collapse Bronze Age trade networks and the places that depended on them? How does it explain the hordes of pirates called "sea peoples" who troubled Egypt and Palestine? I don't see it.

Using climate change explain the rise and fall of kingdoms is not new; archaeologists have been advancing such ideas for 150 years. Right now, though, the worldwide interest in global warming and the availability of money for climate research has triggered a new wave of such speculations. I started writing this piece yesterday morning, and as I worked another one of these theories made the news:

Which is mildly interesting but ignores the rather important fact that all the cities of the Mississippian culture had short life spans, usually around 100 to 200 years. It seems unlikely to me that they were all destroyed by great floods on such a regular schedule.

I once read a long article about the terrible impact of the Little Ice Age in Europe -- all the crop failures  it caused, the resulting famines, the land it rendered uncultivatable and so on. Based on the climate you might think that Europe between 1300 and 1900 should have been an economic basket case. But, of course, that was precisely the period when Europe rose to dominate the world. Not only that, but it was the colder parts of Europe -- England, northern France, Holland, Sweden, Russia -- that fared the best, while Iberia and Italy lagged behind. In Scotland, the amount of arable land shrank by 20% between 1500 and 1750, yet Scotland in 1750 was one of the most economically and intellectually vibrant places in the world. Sometimes climate changes cause civilizations to fall, but other times they lead to waves of invention or expansion. We are an adaptable species.

Climate matters, but it is far from everything. The notion that the weather determines the course of history is lazy scientism. We find it hard to explain how and why cultures change; we don't really know how to account for the steadily advancing complexity of human civilization, or how to explain why that progress is sometimes locally reversed. So we'll go for an explanation that sounds very rational and up-to-date: it was changes in the weather.