Rebuilding Laodicea on the Lycus 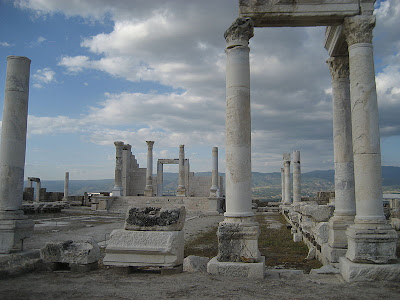 The ancient city of Laodicea on the Lycus was in a great spot for trade but a terrible one for earthquakes. Cities kept growing up there, but they were reduced to rubble every few centuries by  earthquakes. The spot has been occupied since the Bronze Age, but the city may have been refounded by the Hellenistic king Antiochus II around 260 BCE, who named it for his wife Laodice. (He later divorced her, but the city kept its name.) 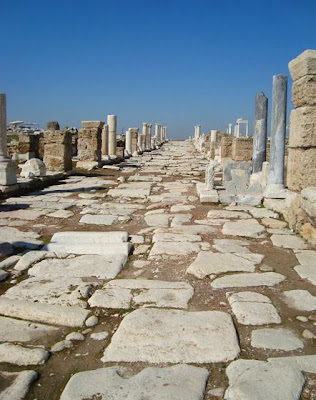 It was nearly destroyed by a particularly severe earthquake in 60 BCE, but trade in Roman Asia was thriving under the Pax Romana and the city was quickly rebuilt. 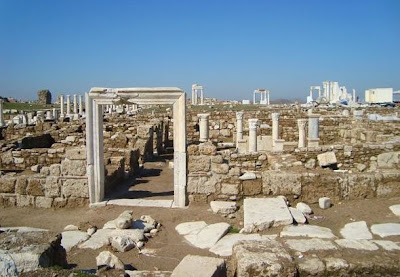 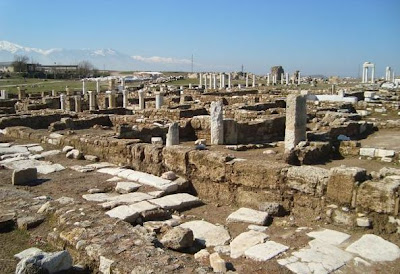 It remained a thriving center in the early Byzantine period, when this nympheum was built. 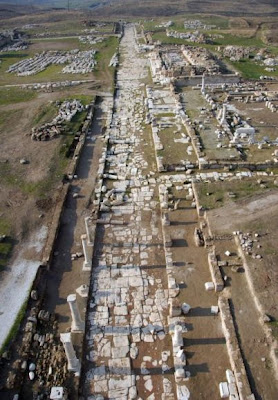 The final catastrophe came in 494 CE, when another earthquake devastated the city. Amidst the economic decline of those years, the city center was never rebuilt, and it slowly declined into a village. In the twelfth century even the village was abandoned. 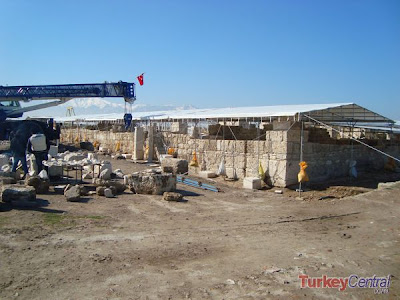 Now the Turkish government is trying to make the ruined city a major tourist attraction by re-erecting some of the buildings. 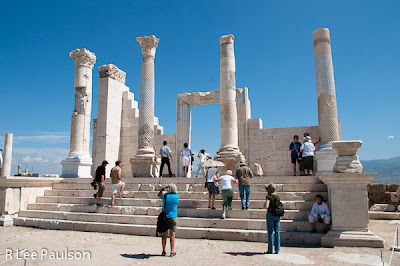 This temple, thought to honor Zeus, is one of the first targets of the rebuilding program. All of these columns have been recently re-erected. 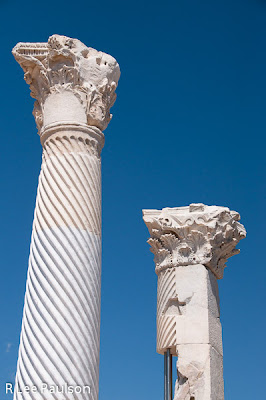 In this detail you can see the methods being used; where ancient material survives, it is used, but some new marble is being cut and added in. 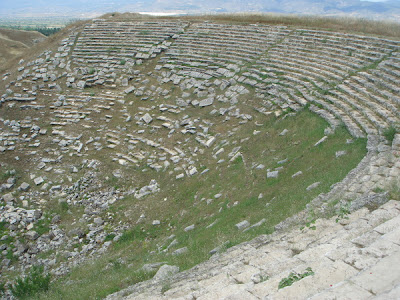 I don't have any problem with this effort, as long as it is done professionally. I find that a few standing walls and columns very much helps me get the feel of the ancient place, and imagine what it must have been like. So as long as careful records are kept, why not put some of the city back up? It does make me wonder, though, how long it will be before another earthquakes knocks everything back down again. 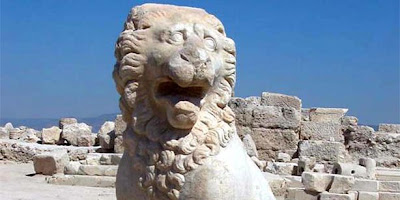