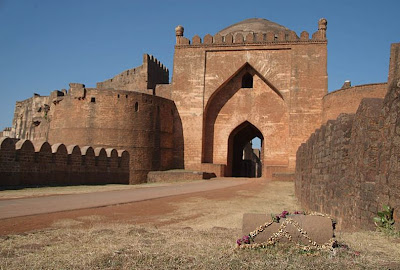 Bidar Fort is located in the part of southwest Indian historically called the Deccan, now part of the state of Karanataka. This huge complex of fortifications and palaces sits on a prominent hill that has probably been fortified since ancient times. 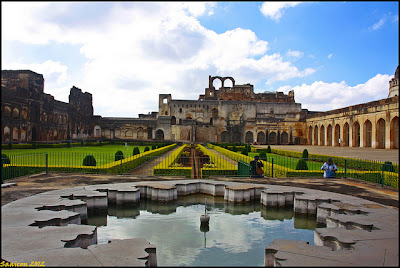 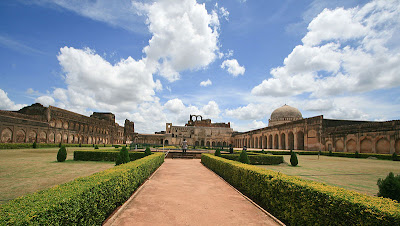 The oldest parts of the current fortress are attributed to the Sultan Ala-ud-Din Bahman Shah, the first sultan of the Bahmani dynasty. In 1427 he shifted his capital from Gulbarga to Bidar, looking for a healthier climate.  As the capital city of the thriving Bahmani Kingdom, the old Fort was rebuilt and beautiful madrasas, mosques, palaces and gardens were raised. These photographs of the ruins give a sense of the scale of the place, which covers more than a hundred acres. 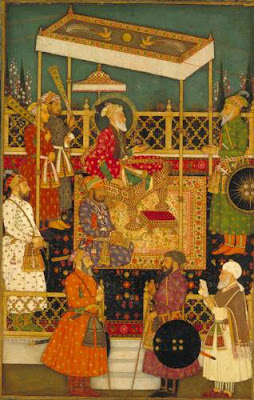 In 1656 the Bahmani sultanate was conquered by the Mughal emperor Aurangzeb. (Above, seated on the peacock throne.) He seized Bidar and handed it to one of his local governors. 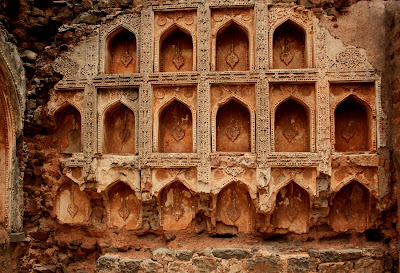 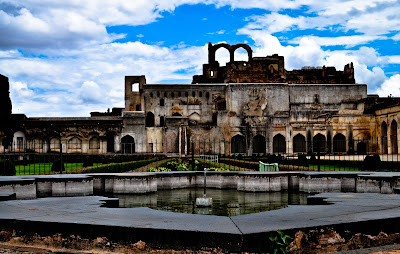 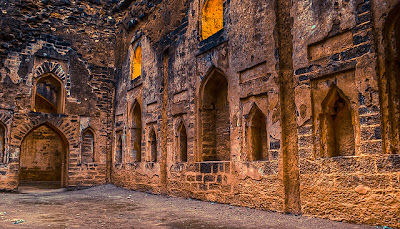 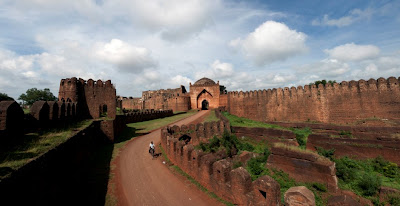 But the peak of Mughal power was brief, and by 1700 their great empire was falling apart. One of the pieces that became independent was a large state centered on Hyderabad, whose rulers called themselves Nizams. From 1724 into the nineteenth century, Bidar belonged to the Nizams of Hyderabad. 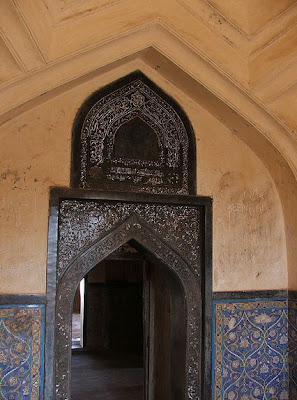 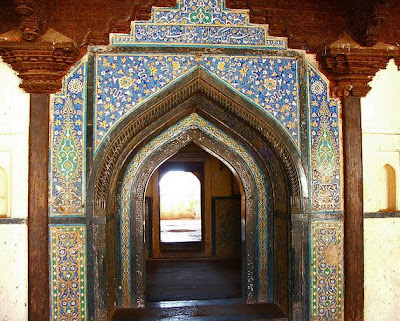 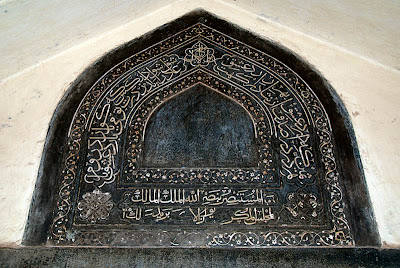 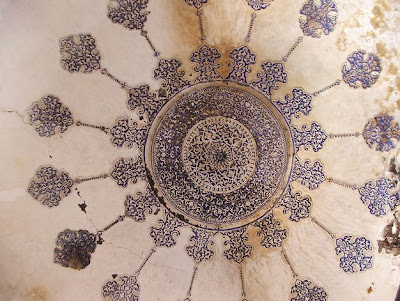 The Nizams refurbished one of the palaces in the fort, the Rangin Mahal, and made it one of their favorite retreats. As you can see from these pictures, this palace is still largely intact, and it gives a glimpse of life amidst the waning days of Mughal India. When they weren't fighting wars or hunting, the nobles of Hyderabad and other Indian states spent much of their time in amorous games and sexual intrigues. The Nizam had a Minister of Pleasure who was in charge of, among other things, arranging dances and festivals, and this was the period when courtly poetry in both Urdu and Persian was most intensely erotic. I have lately become fascinated by these 18th-century Indian courts. They still had some of the flavor of medieval Persia, tinged with decadence, but they are extremely well documented, both by Indian writers and by agents of the English and French who sent home regular detailed reports. I just read the story, apparently true, of one minister who urged his sultan to make war on a neighboring state. They war was disastrous and the victor, whose spies had told him who was behind the war, insisted that the minister be handed over to him as a prisoner. But the minister was such an accomplished schemer that from his prison cell he arranged a coup in the other state and got the new ruler to send him home with honors. whereupon he poisoned the man who had replaced him and resumed his old post. 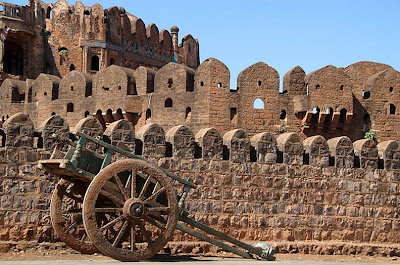 Its a nice blog and nice explaination about Bidar History..

abcindiatours.com said...
This comment has been removed by a blog administrator.
December 15, 2012 at 1:08 AM