The Graves of Gettysburg 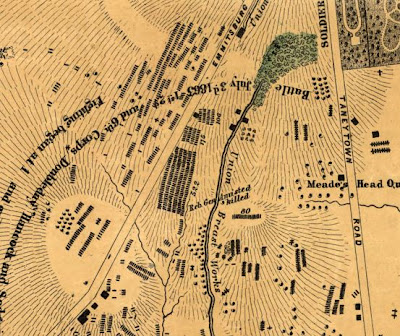 It was the usual practice during the Civil War for soldiers killed in battle to be quickly buried in trenches near where they fell. Later, the bodies were dug up and moved to permanent graves. At Gettysburg, the Union burial details prepared a map of their work, so as to make it easier to find the graves later. This Elliot Map of 1863 provides a handy guide to where men died during the battle. Above, the northern part of Cemetery Ridge, showing the thousand or so graves of the Confederates who made Picket's Charge. 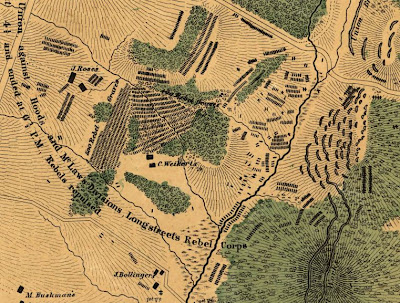 The southern end of the field, with hundreds more graves of graves of Confederates who fell in the Devil's Den and at Little Round Top. 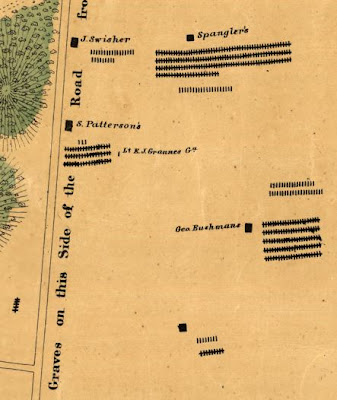 At the hospitals behind Union lines. You can peruse the whole map here.
Posted by John at 11:04 AM