This Gateway is in Order: Ancient Nightmares 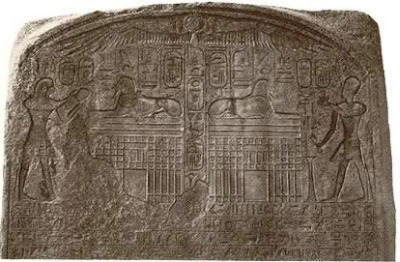 Given how much we know about the ancient Egyptians, especially their spiritual lives and their relations with the dead, it might surprise you to learn that we know almost nothing about their nightmares. We have numerous papyri and inscriptions related to dreams, and we even have hundreds of accounts of ancient Egyptian dreams. But not of nightmares. This is because, it seems, they regarded the writing down or even the verbal recitation of bad dreams as dark magic. If troubled by a dead enemy or evil spirit in the night, above all you should not speak about it out loud. In one magical manuscript, Isis makes this prohibition explicit, saying to the dreamer:


Do not divulge that which you saw, so that you may become numb, your dreams retire, and fire go forth against that which frightens you.

An interesting approach, this; perhaps it contains the practical observation that for some sufferers, talking about their dreams only feeds the obsession, so the best thing is to shut up and think about something else. 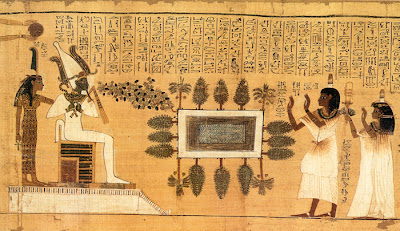 We do know that to Egyptians, dreams could function as link between the dreamer and the "farworld" where gods, spirits, and the dead all dwelled. So a nightmare might be interpreted as an assault by a malevolent being from the other side. "One who came from the utter darkness, who entered creeping" is how one manuscript describes the attacker.

One of our clearest accounts of this fear is a letter that was inserted into an ancient tomb by the son of the deceased, asking him to stop his servant from attacking the son in his sleep. Otherwise we learn about bad dreams mainly from spells designed to block them:


Back, oh intruder! The Gods shoot and repel you! . . . This gateway is in order. Do not come out of it!

And so on. There are many versions of this spell that command the intruder to turn his head away, so it seems that dreamers especially feared the gaze of beings from beyond.

All of this is from Nightmares in Ancient Egypt by Kasia Szpakowska. I have to say that I found this disappointing, because I was hoping for more detail about the dreams themselves. One of the most basic questions of humanistic scholarship is how different people are from each other, especially between different cultures. How culturally determined are things like our dreams, and how much do they spring from basic biology? When it comes to Egyptian nightmares, we don't know, because they really, really didn't like to talk about it.
Posted by John at 11:19 AM