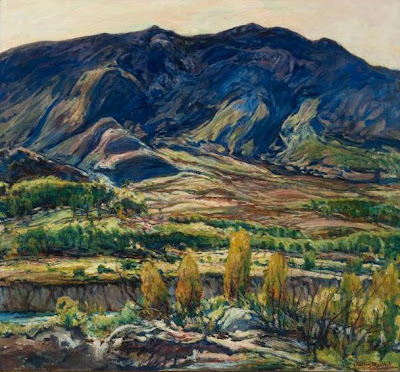 Charles Reiffel (1862-1942) was an American painter who is sometimes classed as Impressionist, sometimes as post-Impressionist (which is high on my list of the most ridiculous historical terms) and sometimes in the "California plein air" school. ("Plein air" means "outdoor" in French, because writing things in French changes their meaning in a subtle, undefinable, but nonetheless profound way. Trust me.) Above, In the San Felipe Valley, 1927. 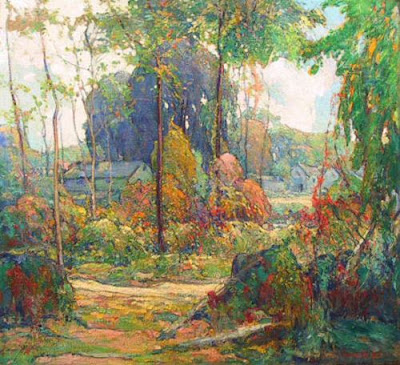 Reiffel was born in Indiana and after working in the lithograph business in Cincinnati, Buffalo, and New York, he did his first serious paintings in Connecticut. Above, Autumn Design, 1922. 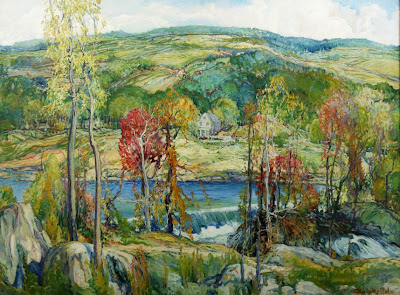 I like this one a lot, but I found it displayed without title or date. I'm guess this is somewhere in the east and so before 1925. But who knows? 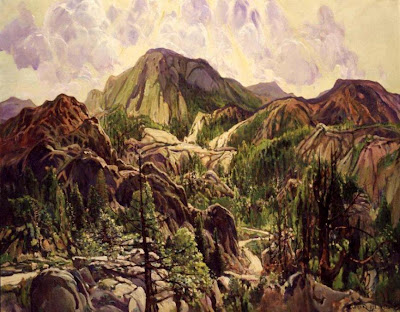 Like so many American artists he was entranced by the scenery of the west and in 1925 he moved southern California. Above, Road in the Cuyamacas, 1934. 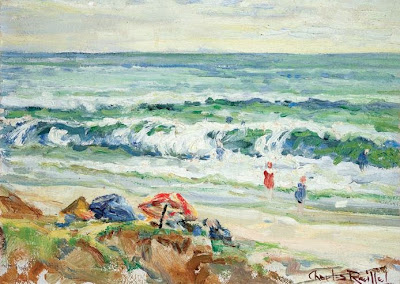 The point of this "California Plein-Air" business seems to be an insistence on painting outdoors:

Paint landscapes outdoors! What a radical idea! Especially in southern California, where the weather is so badly suited for such an approach. (Where else would you paint in San Diego?) It also has something to do with these California painters feeling "unappreciated by the east coast intelligentsia." (You know, the sort of stuffed-shirt snobs who can't relate to the natural, free West Coast life.) Above, Beach at Del Mar, 1931. Reiffel did a lot of these beach scenes, which don't do much for me. 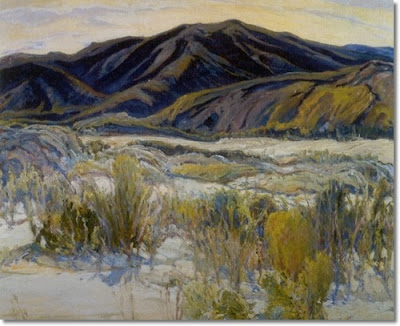 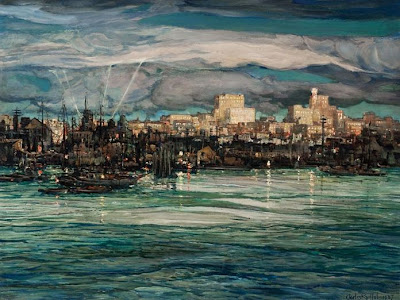 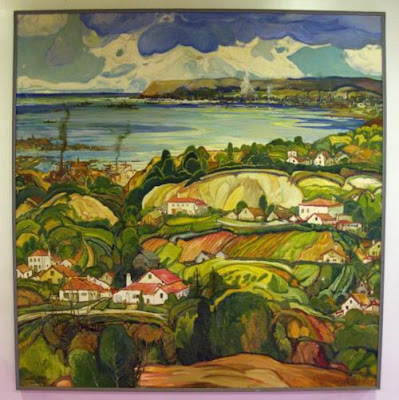 Reiffel was 56 years old before he was able to earn enough from painting to do it full time. Since this is 6 years older than I am now, it cheers me to think that there is still time for me to earn enough from my writing to do it full time. But in the Depression Reiffel went broke again and ended up painting murals for the WPA, like this one in the Casa de Balboa, San Diego. (Point Loma, 1937) Since there is unlikely to be another WPA in post-Reagan America, I will keep this in mind when planning my own future. 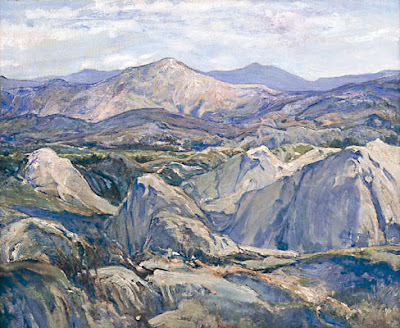