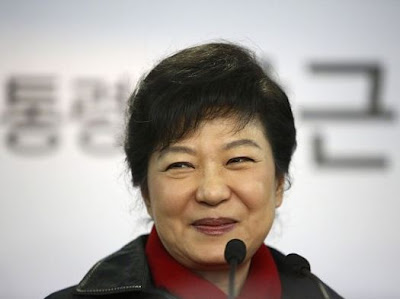 South Korea has elected its first female president, Park Geun hye. She is the daughter of former strongman Park Chung-hee, who ruled Korea from 1961 to 1978. He was vicious to his political opponents but helped launch South Korea's amazing economic growth. It seems that voters, especially those over 50 who voted overwhelmingly for Park, are hoping she can bring back the economic miracle without the riots and oppression. 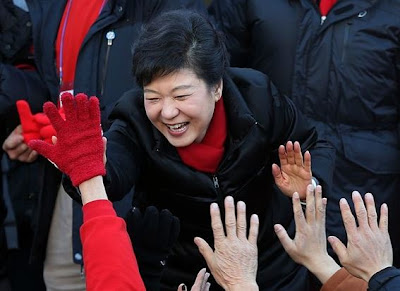 Is it feminist when voters choose the daughter of a former political leader, or aristocratic?
Posted by John at 4:32 PM