Artifacts from our Site in Delaware 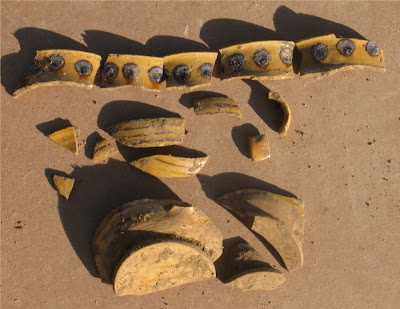 Just a few of things we have dug our of the ground lately. Above, most of a porringer made of Staffordshire comb and dot slipware, ca. 1750. There were other sherds of this vessel in nearby units, so we think we have pretty much the whole thing. 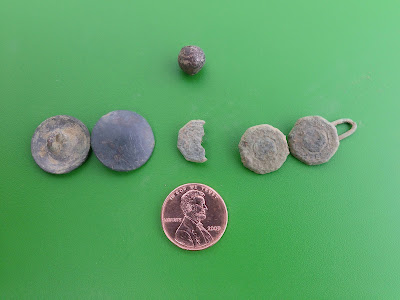 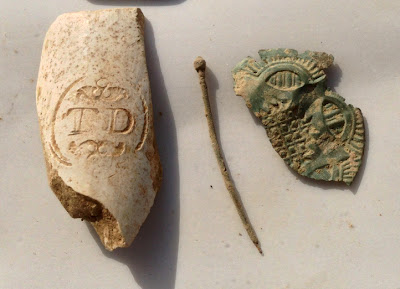 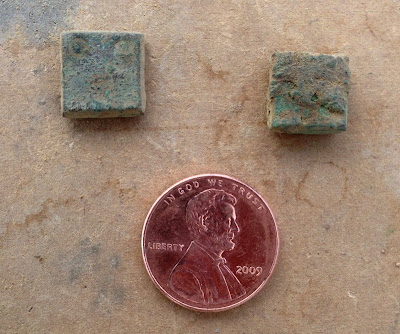 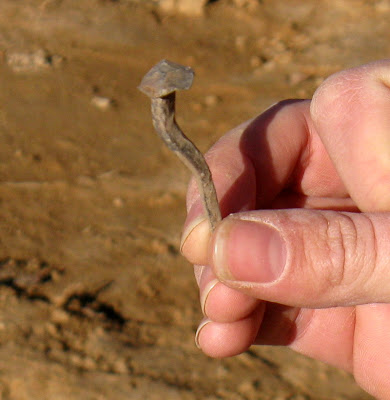 A hand-wrought nail. Until 1790, nails were made one at a time by blacksmiths, so they were not cheap and builders used wooden pegs whenever they could. After that the nail-making machine was introduced, which eventually made them much cheaper. You can tell the difference because a hand-wrought nail tapers on all four sides, whereas a cut nail is a wedge cut out of a bar, and so tapers on only two. A well-preserved hand-wrought nail also shows the individual hammer blows that shaped the head; however, you sometimes find a hand-wrought head on a machine-cut shaft, so the shaft is a better guide. 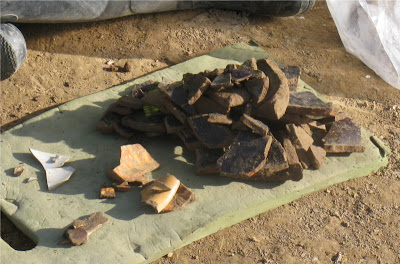 And a pile of potsherds, mainly coarse earthenware, from one level of one 3x3-foot unit in our trash midden. These sherds come from milk pans and storage jars.
Posted by John at 10:44 AM