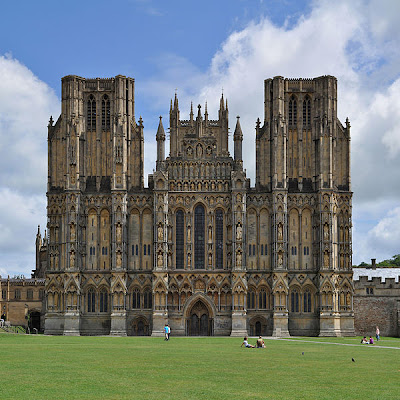 In the thirteenth century, southwestern England became one of the most innovate centers in the development of the Gothic style, and the masterpiece of this movement is Wells Cathedral. 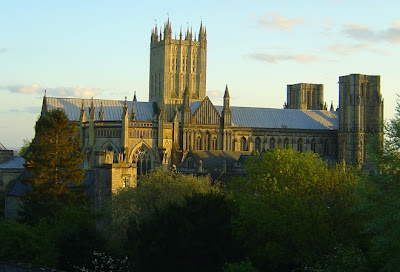 Construction of the cathedral began in about 1175, and it was planned from the first as a Gothic work. As with most of these cathedrals, construction took a long time, and the structure was enlarged and added to over the years. The famous west facade (top) was completed in about 1239. 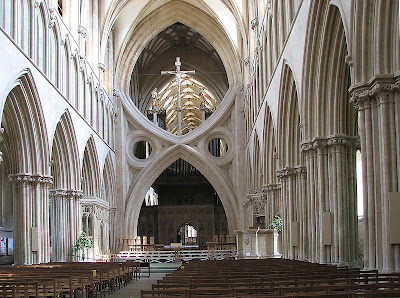 The nave, with its inverted arch. 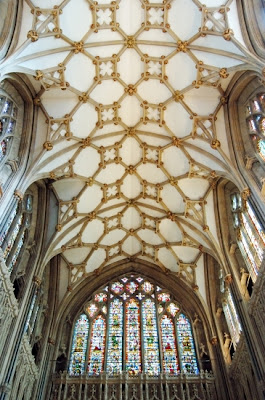 The ceiling of the choir. 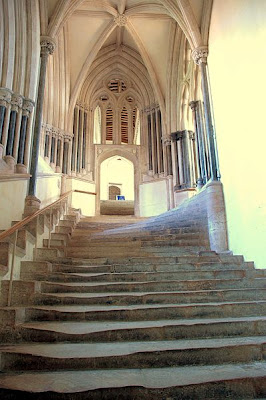 The stairs to the chapter house. 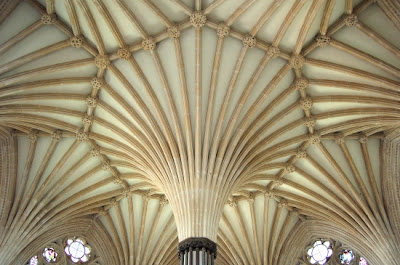 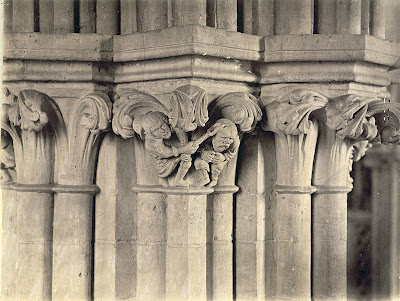 Capital in the nave. Even though much of the sculpture was damaged during the English Civil War, the cathedral still has a large collection of medieval pieces. 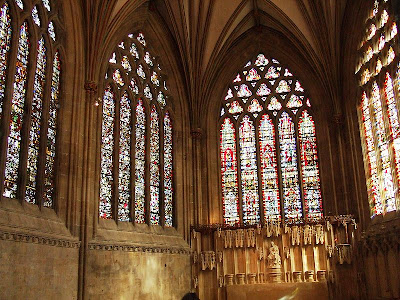 It also has much medieval stained glass. 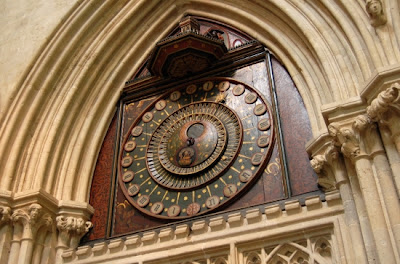 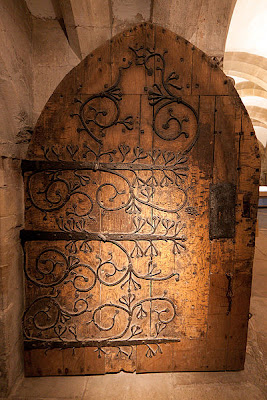 A door in the undercroft. I love these elaborate medieval doors. 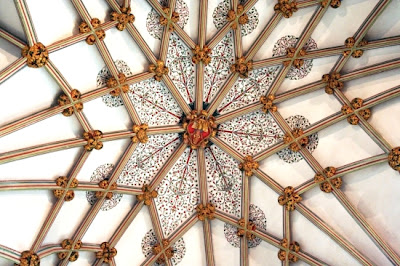 The ceiling of the Lady Chapel, 1326. The year 1326 was an interesting one in England, when civil war broke out and Edward II was overthrown by his wife and her lover. One of the fascinating things to me about the Middle Ages is that the nearly constant political instability did not interfere with the remarkable cultural production. Perhaps the building of churches slowed down during the times of worst violence, but it rarely stopped completely. This was partly because of the church, which had great wealth and was to some extent outside the political structure. The bishop was probably a partisan of either the king or the barons, but much of the cathedral's money was in he hands of the chapter house and the dean, and they went on with their building works regardless of what was happening in Westminster. 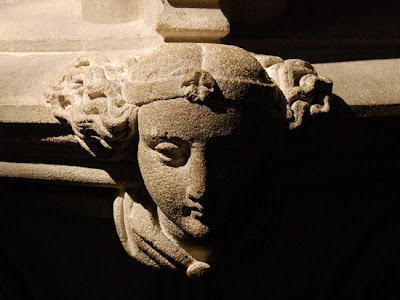