Gilgamesh and Humbaba in Mesopotamian Art 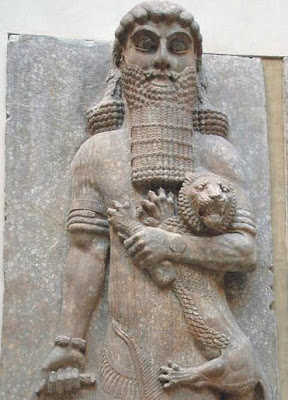 Gilgamesh, the great hero of ancient Mesopotamia, makes surprisingly few appearances in their art. The image above is the most famous, from the palace of the Assyrian king Sargon at Khorsabad, now in the Louvre. 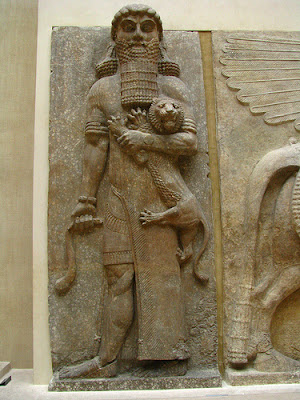 Full image of the above. 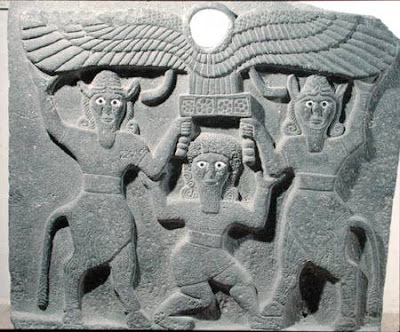 This relief of Gilgamesh and two winged demons comes from Tell Halaf in Syria, also dating to Assyrian times. 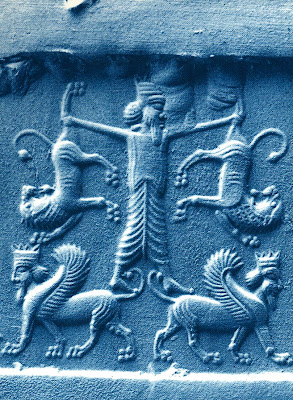 From earlier times little except for cylinder seal images. Here Gilgamesh assumes the pose of the ancient Master of Animals.

This one shows Gilgamesh battling the Bull of Heaven. 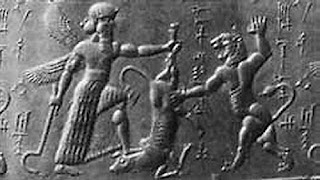 Here, having defeated the bull, he takes on the monster Humbaba, whose mouth is fire, whose breath is death 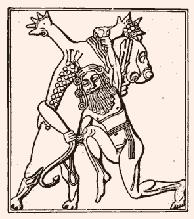 There are several drawings like these that show up on mythology web sites. I assume they are made from seals. 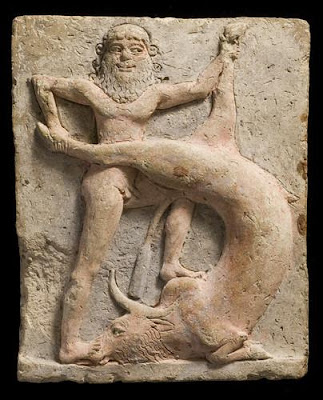 One early depiction of Gilgamesh I have found that is not from seal is this Neo-Sumerian votive plaque, now in the royal museum of Belgium, dating to between 2250 and 1900 BCE. 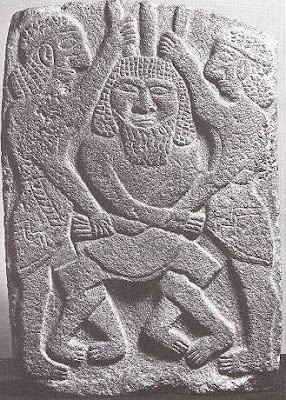 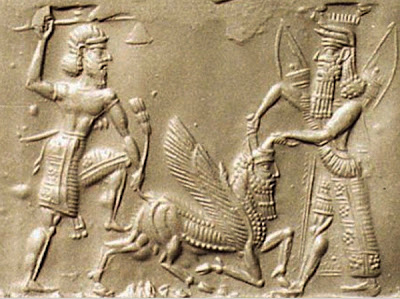 Gilgamesh's friend, the wild man Enkidu also appears on many images. In these two, an Assyrian relief (above) and a Babylonian seal (below), Gilgamesh and Enkidu battle Humbaba. 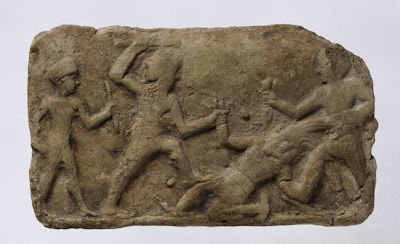 This relief showing the same scene is of disputed date, but it may be as early as 1500 BCE. It is thought to be from Uurk, but that is also uncertain. 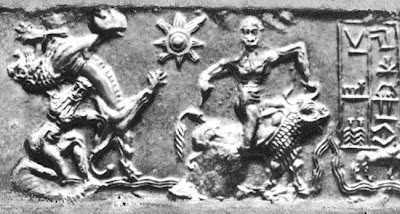 Here Gilgamesh and Enkidu battle separate enemies, side by side. 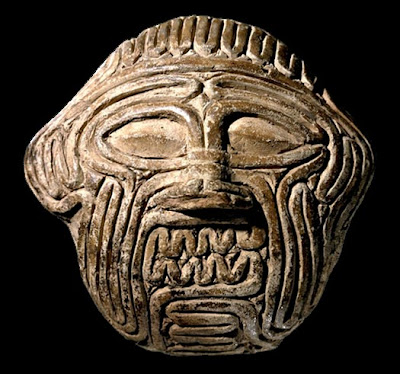 There may be more surviving images of Gilgamesh's great enemy, the monster Humbabu, than of Gilgamesh himself. They seem to have been charms against bad luck or wards against demons, the kind of magic the Greeks called apotropaic. 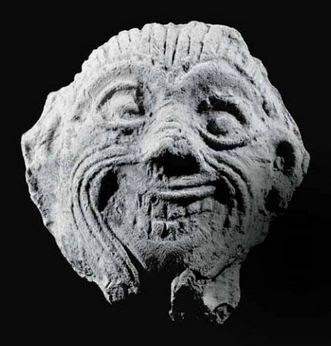 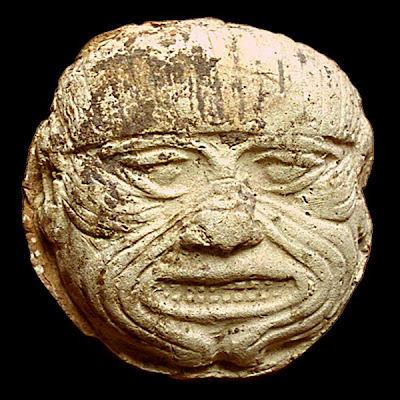 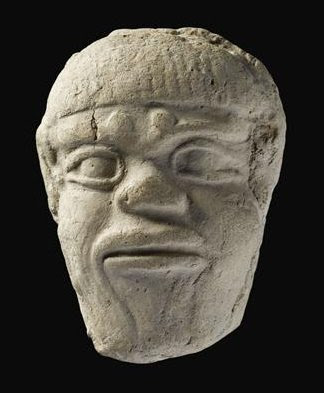 The Greeks used images of Medusa to frighten away demons, and the Babylonians used these amulets of Humbaba.

Gilgamesh is one of my favorite traditional stories because of the way it combines adventure with lessons about fate. My favorite part is the conclusion, when Ishtar explains that Gilgamesh's quest for immortality was futile:


O Gilgamesh, whither do you fare?
The life you seek, you will not find.
When the gods created man,
They apportioned death to mankind;
And retained life to themselves.
O Gilgamesh, fill you belly,
Make merry, day and night;
Make of each day a festival of joy,
Dance and play, day and night!
Let your raiment be kept clean,
Your head washed, body bathed.
Pay heed to the little one, holding onto your hand;
Let your wife delight your heart.
For in this is the portion of man.