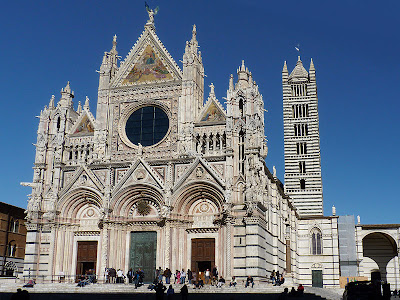 Siena's Cathedral is a marvelous palimpsest of Romanesque, Gothic, Renaissance and Baroque, with a little of the just plain weird thrown in. The basic structure was built in the twelfth century in the Italian Romanesque style. In the thirteenth century this seemed hopelessly outmoded to the city's ambitious leaders, so they ordered that it be converted to a Gothic construction. 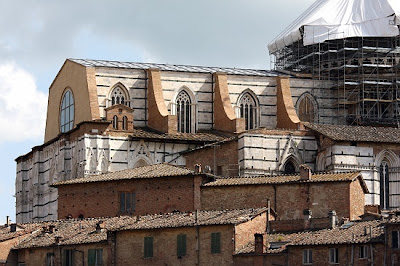 The roof of the structure was raised, so as to install new windows and let in more light. You can see that new upper story with its Gothic windows in this photo. 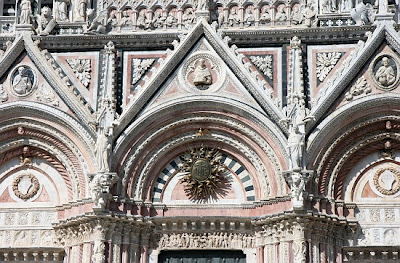 The famous facade was begun as a result of this program. The lower part of the west facade was built between 1284 and 1297, under the direction of Giovanni di Pisano. 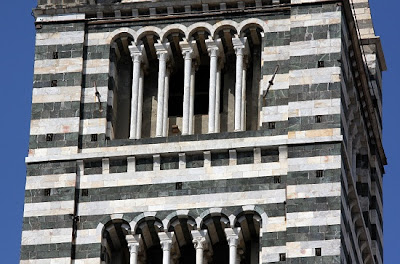 The campanile or bell tower was completed in 1313. Black and white are the colors of Siena (not reddish brown?), hence the stripes. 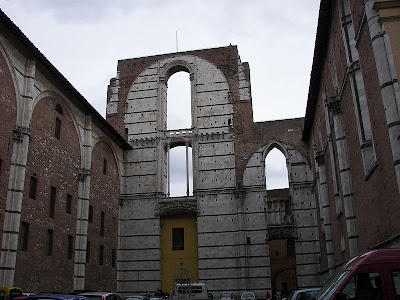 In 1339 the city fathers, still not satisfied with their remodeled cathedral, conceived a plan to more than double its size. The existing nave would become the choir of the new church, which would be topped by an immense dome. Work was halted by the Black Death in 1348. Around that time some experts from Florence examined the plans and realized that the church had been improperly designed, so the dome would probably collapse. So work on the larger church was abandoned. Some of the walls, already built, were adapted to other purposes; now they enclose a car park. 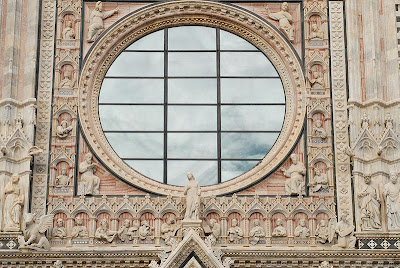 The upper part of the west facade was built in the later 1300s, including the round window above. The garish mosaics were installed in 1878. 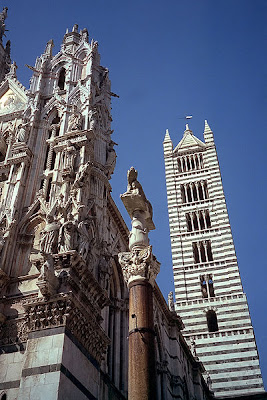 Exterior, with the statue of the she-wolf who is Siena's emblem. 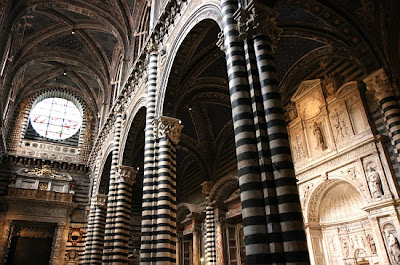 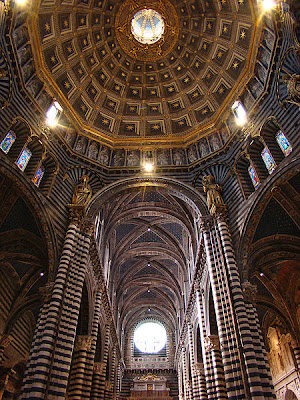 The interior. Here styles mingle even more freely: Romanesque arches with Gothic sculptural details, and layers of Renaissance and Baroque on top of that. 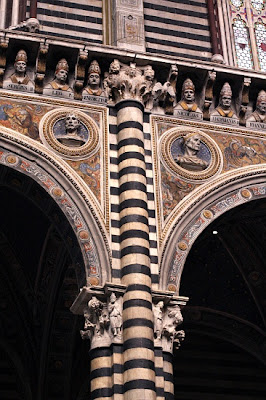 Consider this detail of nave arcade. The basic structure dates to the 13th century, with capitals sculpted by Nicola Pisano. The busts of popes in the cornice were made in the workshop of Giovanni di Stefano beginning in 1495. Below are 36 busts of Roman and Byzantine emperors from Constantine to Theodosius, added still later. 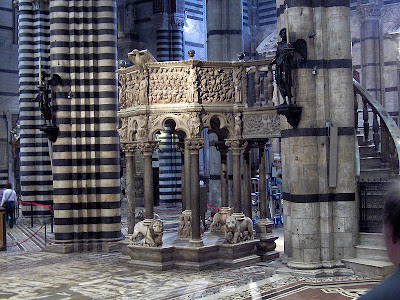 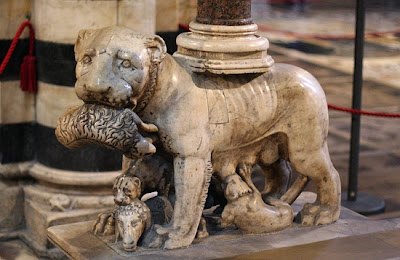 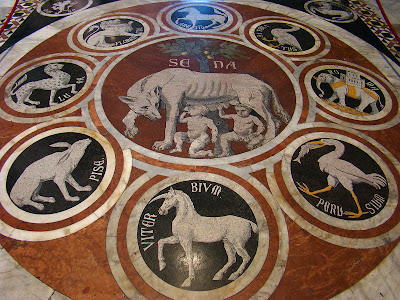 The cathedral has an elaborate floor of decorative marble. The oldest pieces, including this she-wolf, were installed in the 1370s, but other parts were added throughout the fifteenth and sixteenth centuries. 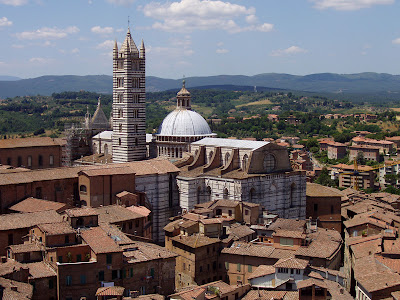 The lantern on the roof of the dome was designed and installed by Gian Lorenzo Bernini. 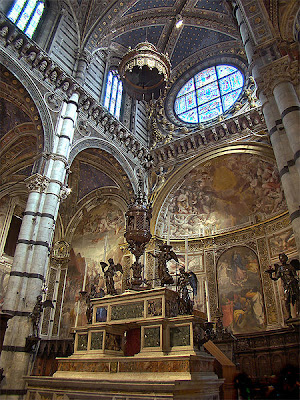 The altar, showing the baroque paintings.
Posted by John at 12:43 PM

it's really amazing to see the accretion of styles. it gets more and more ornate.