Back Digging Up Colonial Delaware 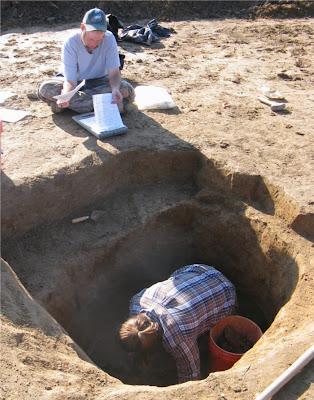 Back in the field today at our little eighteenth-century farm site in Delaware. We're working on the strange well shown above and below, which is very rectangular and filled with nearly sterile sand. Not sure how much deeper we're going to dig into this, with so little coming out. 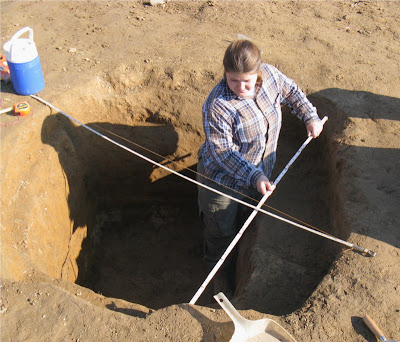 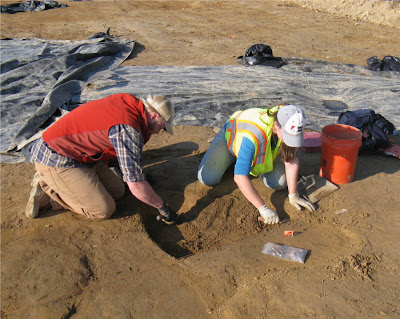 The site is dotted with pits like the one being dug out in this picture. I think most of them are tree holes or rodent burrows related to a hedge row that ran across the site in the nineteenth century. At both this site and the last one we did in Delaware I have ended up thinking a lot about what happened to the site after it was abandoned. Here, a property line was established running across the site, at least two successive fences were built, trees grew up along the fence, and groundhogs made the hedge their home. Then at some point the hedge was grubbed out and the field plowed over. I think at least half of our pits features and post holes are related to that property line, not the eighteenth-century farm, but for many individual features it may be hard to tell.
Posted by John at 8:20 PM