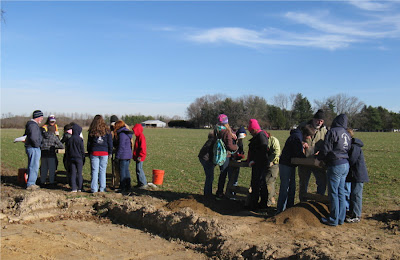 Today we had a class of sixth graders on our site in Delaware. It was really fun. They came from a little Christian school in Dagsboro, and they drove 80 miles up to our site. 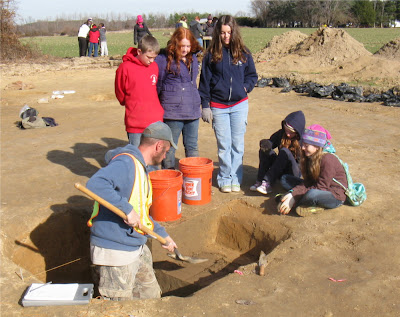 There were 14 of them, with their teacher and two parents. They were energetic but well-behaved, and I think they had a good time. One even said it was the most fun field trip ever. 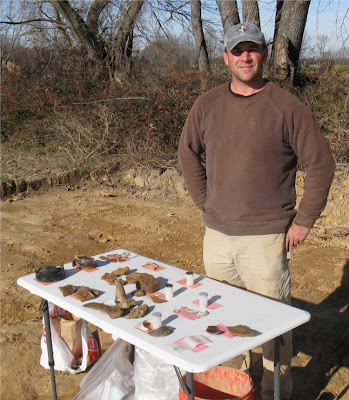 When they arrived, I met them at the van and talked to them for about five minutes about what we were doing. Then we toured the site, and then looked at some of our most interesting artifacts, laid out on Jason's new table (which he loves very much). I said a little bit about how we learn about the past from the artifacts, talking about porringers and tea parties. 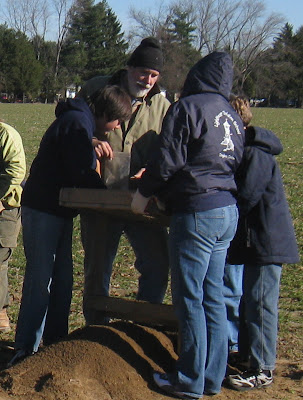 Then they helped us screen. We divided them out three or four to a screen, with one of us helping at each. We had set aside features to dig in that would produce a lot of dirt with artifacts in it. So they found a lot of stuff, and had fun. 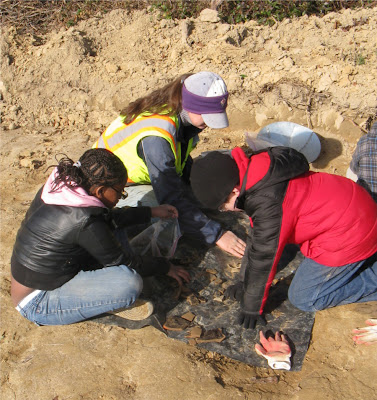 They also helped us sort and count the artifacts. 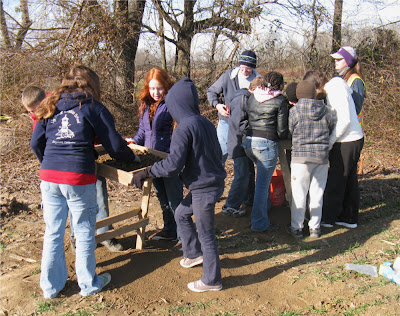 They were on the site for about two hours, which was a good amount of time. By the time they left they were starting to wander off and play with dirt clods, and we were exhausted. My only experience of teaching children has come on field trips like this one, and I find it very tiring. I suppose they are especially keyed up for the field trip, but still -- all that energy to manage. Makes me wonder how anyone can do it all day long.
Posted by John at 6:50 PM

good on ya for doing it nonetheless. it's cool to have kids exposed to physical science early.