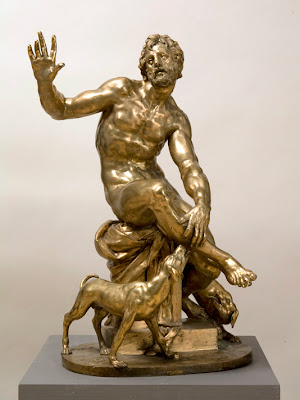 Adriaen de Vries (ca. 1545-1626) was a sculptor of the "mannerist" or early Baroque period. Born in the Netherlands, he trained in Italy and did much of his work in Prague, sculpting for Emperor Rudolf II. He entered Rudolf's service in 1593 and was his court sculptor from 1601 until the emperor's death in 1612. Above, Lazarus, 1615. 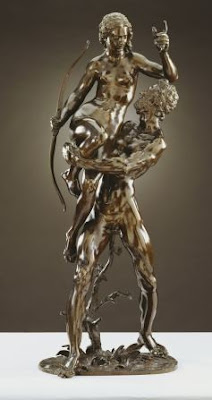 De Vries was a master of the complex technology of casting bronze sculptures, renowned in his own time as much for this alchemy as for his artistic vision. Above, Antiope and Theseus, ca. 1601. 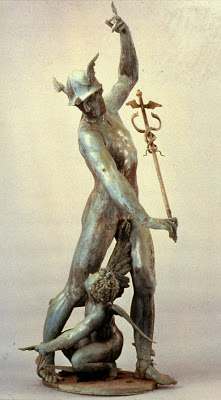 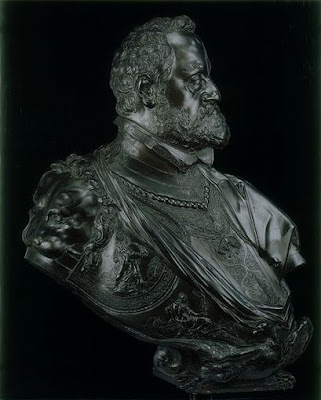 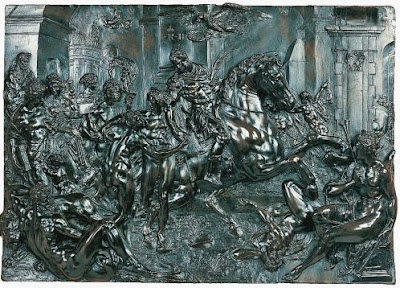 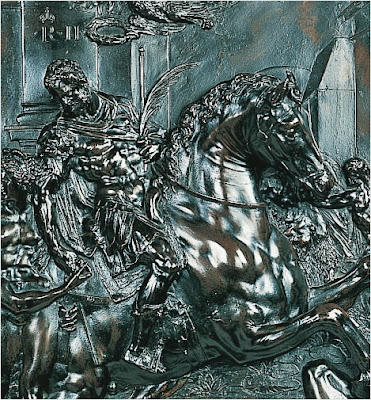 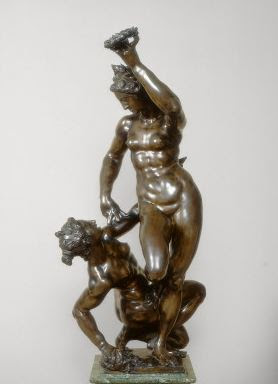 Rudolf was fond of complex allegories, and this seems to be one. It used to be known as Virtue Triumphant over Vice, but after much research in the obscure symbolic systems of Rudolf's court, it is now titled Empire Triumphant over Avarice. Rudolf was engaged in wars against the Turks for much of his reign, and one of his constant complaints was that the German princes and cities expected him to defend them but refused to send any money to help pay the cost. Hence this image, a sort of fantasy in which empire with her laurel wreath tramples ass-eared avarice under foot. 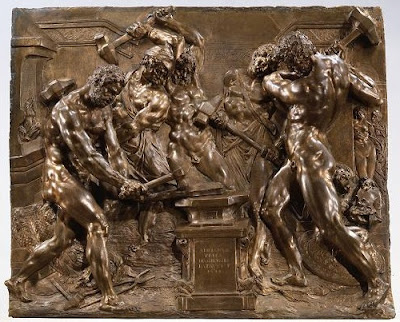 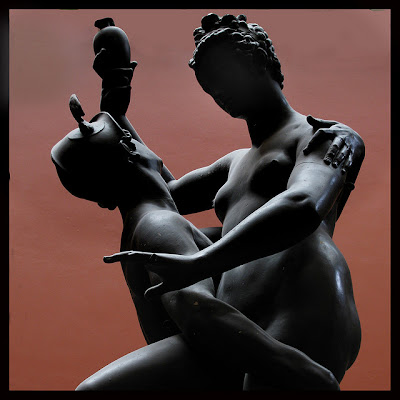 Mercury and Psyche, 1593. I find the fates of these works nearly as interesting as the works themselves. Many were looted from Prague after Swedish troops sacked the city during the Thirty Years War. Some ended up in Sweden, while others were scattered across Europe, sold by the officers who stole them. Later the kings of Sweden sold some of their own pieces to help fund their own wars. They were "treasures," a sort of portable, highly durable wealth and appropriate booty for war. 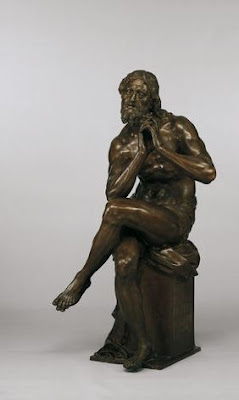 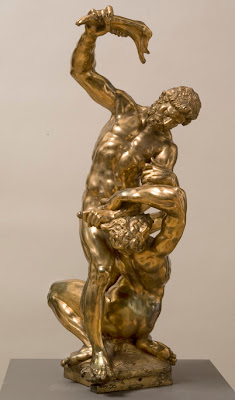