The Most Earth-like Planet Yet? 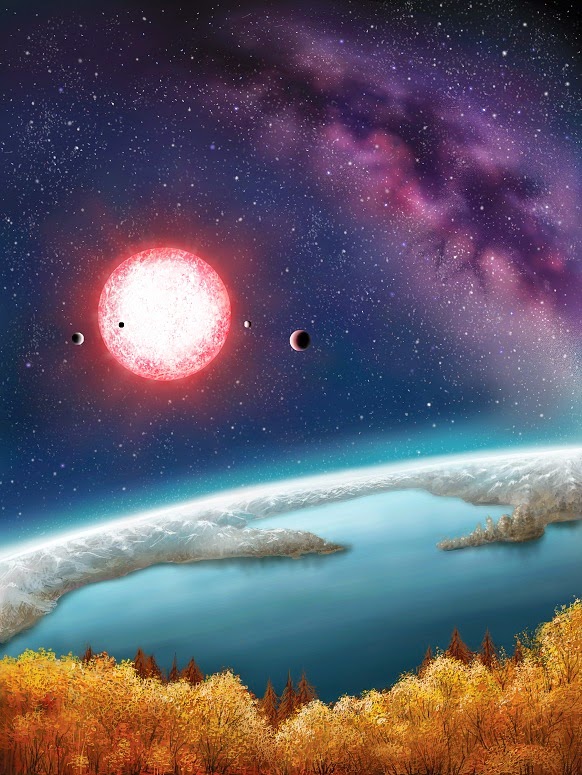 Scientists have announced the discovery of what they say is the most earthlike planet yet:


The newfound planet, called Kepler-186f, was first spotted by NASA's Kepler space telescope and circles a dim red dwarf star about 490 light-years from Earth. While the host star is dimmer than Earth's sun and the planet is slightly bigger than Earth, the positioning of the alien world coupled with its size suggests that Kepler-186f could have water on its surface, scientists say. . . .

"This is an historic discovery of the first truly Earth-sized planet found in the habitable zone around its star," Geoff Marcy, an astronomer at the University of California, Berkeley, who is unaffiliated with the research, told Space.com via email. "This is the best case for a habitable planet yet found. The results are absolutely rock-solid. The planet itself may not be, but I'd bet my house on it. In any case, it's a gem."

The planet's diameter is 1.1 times that of Earth's, so its mass and gravity will be about 30% more than Earth's. It would also receive slightly less solar radiation than Earth does, so it might be much colder, although that, of course, depends on the details of the atmosphere.
Posted by John at 9:08 AM