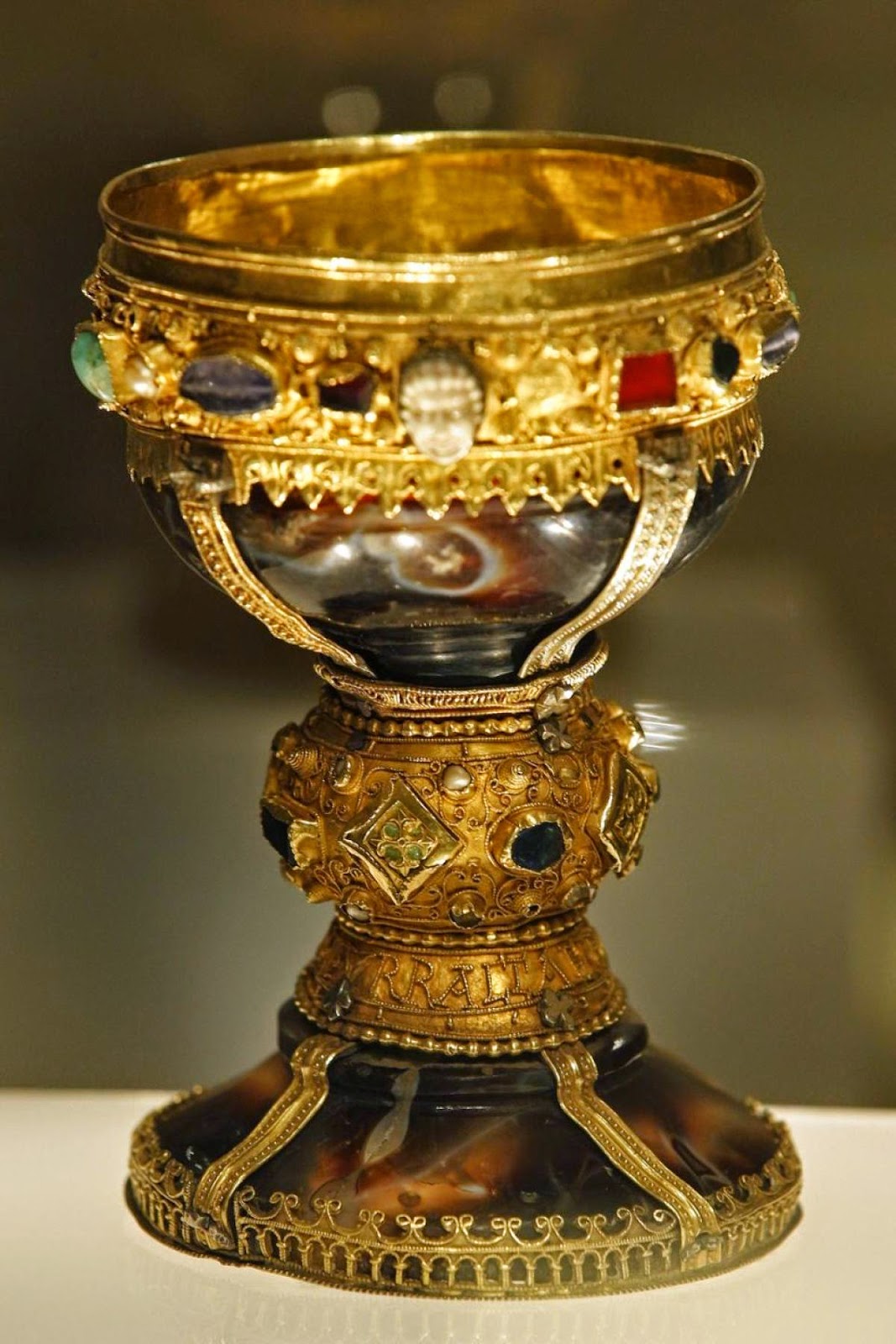 Experts in conning gullible headline writers, they must mean. The objects is supposed to be in the Basilica of San Isidro in Leon. The story says:


The two researchers, Margarita Torres and Jose Manuel Ortega del Rio, authors of the book, Kings of the Grail, believe they found conclusive evidence from ancient Egyptian scrolls documenting that Muslims stole the infamous cup from Jerusalem and took it to Egypt. They say it was then disguised with jewels and eventually given to Spanish King Ferdinand I as a gift.

Because if I had the Holy Grail, that's just what I would do -- disguise it and then give it to one of my greatest enemies without telling him what it is, so that he won't know what he has and won't do anything for me in return, and the great treasure will then languish in some obscure church until genius researchers identify it in the 21st century. It all makes perfect sense.
Posted by John at 8:28 AM

To slightly misquote Indiana Jones: that's not the cup of a carpenter.